True to its tradition, Le Petit Futé lists the do’s and don’ts in the country – here, Switzerland. Among other instructions: “Do not throw papers on the ground”, “do not arrive late for an appointment” and “do not try to negotiate fines with the police”. To do: “cross on pedestrian crossings” or “sort your waste well”.

Since the instruction this year is to travel domestically, we might as well see what the guides say about Switzerland, and what they advise – or not. A dive into the main French-speaking guides, and two English-speaking ones, shows the game of traveling authors: they try to get out of clichés while maintaining them. In editorial, the Petit Futé succeeds in concluding with the “there is no fire in the lake” that everyone had forgotten …

Four constants emerge from the six guides analyzed: the excruciating high cost of the country, the sublime landscapes, the cultural life and the quality of public transport, “wonder of the modern world” according to the Rough Guide. Here are some echoes gleaned over more than 2,770 cumulative pages.

Apart from the Petit Futé (PF) which follows the cantonal divisions, the guides organize Switzerland according to their walks, in eight regions at Michelin, 10 for Le Routard (LR), 11 for the Lonely Planet (LP), 12 in the Frommer’s and the Rough Guide. Most of the time, Geneva has its own chapter. It constitutes “an anomaly, the smallest possible international city”, underlines the Rough Guide. The city is the star of francophone lands. Speaking on the Lake Geneva basin, LR first salutes “a cosmopolitan and rather tolerant society”. From Geneva, he rents his “beautiful parks bordering the lake”. It grants its three stars to the Museum of Art and History as well as to the Museum of Ethnography.

The LP has sweet eyes for this “chic, civilized and cosmopolitan” city – the latter term comes up in all guides. He fell in love with the Agrippa-d’Aubigné terrace and the Plainpalais flea market. City “in tune with the times”, it is “far from clichés”, assures the Michelin, which praises the museums, including the Ariana, the Red Cross Museum and the Bodmer Foundation. The Frommer’s welcomes the internationalism of the city, but warns: “Driving there is not recommended”, “discovering it by bike is not particularly practical” and you must “protect your values”, because “high prostitutes theft and initially reassuring crooks proliferate ”.

These days: Tourism has stalled in Geneva

Vaud surprises LR with its diversity: between “the powerful coast” of Lake Geneva and the hinterland, “so many changes”! The Michelin stops at Nyon, where it details the museums. The LP is in love with Vevey, “a city of indescribable charm”. The Chaplin’s World effect is obvious: opened in 2016, it is already entitled to very good positions in all guides.

Lausanne, “Where we keep going up and down”, has an “incredibly rich cultural life”, assures LR. The Michelin is the other guide who appreciates the Olympic capital, which has “a crazy charm”. The Rough Guide goes further by placing Lausanne in 6th favorite (Geneva, 15th): this “San Francisco of Switzerland” is “the sexiest city in the country”, no less. The LP (“good-natured atmosphere”) and the PF hardly praise a pleasant city, and several guides underline the youth brought by the high schools, which influences its nights. The Frommer’s hails a city “with a traditionalist reputation, but which has become a place to have a good time”. Of course, Flon is mentioned everywhere.

Biel “Has no particular charm except its old town,” says LR. If theJura arch is sometimes treated a little too quickly, the Michelin claims that “Neuchâtel is perhaps one of the most charming towns in the country ”, before advising both the International Watch Museum of La Chaux-de-Fonds and Saut-du-Doubs. Of Swear, the PF especially retains Saignelégier, “hiking paradise”; the Rough Guide loves this ‘hidden gem’.

The Valais addresses the summits, in textbooks too. Out of 14 “unmissable” in French-speaking Switzerland, the PF devotes five to Valais, which does not prevent him from talking about the “canton of Valais”… Surprise, the guides speak of both skiing and summer stays. The LP praises Verbier in its own way, “a jewel of the Valais Alps, incredibly expensive and tailor-made for accomplished skiers and celebrities”. He does not neglect the plain and especially Sion, a city which “lives at a languid pace” where “wine is king”. The Rough Guide, for its part, is skeptical of Valère and Tourbillon, “a bizarre and rather sinister site which sticks to the image that the inhabitants have of themselves, strange and quite clanlike”.

LR gives a good place to this canton where “unfortunately, one has often confused prosperity and concreting”, but whose inhabitants have “a very personal character, their way of speaking also, in French as in German”, and “have the gesture more lively and speak it louder than the other Romands ”.

In the valleys, the PF emphasizes the “jewel villages of the Val d’Anniviers”. Many pages of course explain the peaks and, among other things, the Glacier-Express from Zermatt to St. Moritz, which leads to Graubünden. Michelin gives in under the spell of the “Andean” Engadine, which concentrates its maximum number of three-star sites in the country.

At Ticino (“A canton as splendid as it is unknown to the French”, according to LR), it is Bellinzona which wins all the votes of the guides, “a beautiful stopover, rather serene and almost already Mediterranean”. “Nowhere else does one feel so well the spirit of Ticino”, judges the Michelin. The Rough Guide strongly recommends exploring “those warm-blooded people, as far removed as possible from the phlegmatic farmers of the north.”

In German-speaking towns, of course, Zurich holds the top of the basket – “the richest city in the country, that’s to say!” smiles the Michelin. “Animated like a metropolis, at the forefront of fashion and modernity, it conveys a feeling of tranquility and nonchalance”, judges the PF. LR sticks to agreed judgments, “a Mecca for alternative culture”, “astonishing cultural face” … At most, he emphasizes, much more than the others, “the astonishing FIFA Museum”. Of Bern, even if it jokes about “its inhabitants who get up early and who therefore limit themselves to one or two drinks on weeknights”, the Frommer’s says his penchant for its old town and its arcades, as much as the bears and the Center Paul Klee. LR has a tenderness for “this city of openness and tolerance”, one of the smallest capitals in Europe and “the most beautiful flowered city” on the continent. All guides also quote Interlaken, the starting point for countless walks. do not forget Lucerne and Lake Lucerne: “Here, the landscapes take the stage,” says the Michelin.

The winner remains however Basel, acclaimed by all guides. The Michelin places it first of its national must-sees. “One of the nicest cities” in the country, LR segment. “Clearly, it is underestimated”, assures the Frommer’s, which multiplies the three stars (Kunstmuseum and Tinguely Museum, cathedral…). The impact of museums on guide ratings is obvious: the LP devotes a chapter to the Fondation Beyeler and, on the other side of the border, to the Vitra Campus of design.

The Lonely Planet: 354 p. Translation of the English version. A little frustrating in the number of tips, but strong in the favorites.

The Michelin: 647 p. It can be irritating with its logic of road circuits, but it turns out to be very dense and precise. It is the most generous in German-speaking Switzerland with the Frommer’s. Very trendy culture. Our favorite.

The Little wily one: 504 p. Full of addresses, compact and sometimes fun. It is weighed down by repetitions in the notices and sometimes too promotional formulations.

The Backpacker: 580 p. The French institution, generous in practical information, sometimes a little flat in its descriptions. Good on outdoor activities.

the Voyage to Nantes is preparing, two monumental works are under construction

Tue Aug 11 , 2020
While the festivals are canceled, and cultural events forced to adapt to the health context, the Voyage à Nantes is staying the course. The preparations are about to be completed. We can officially take the start of the green line on Saturday 8 August. There is the permanent journey which […] 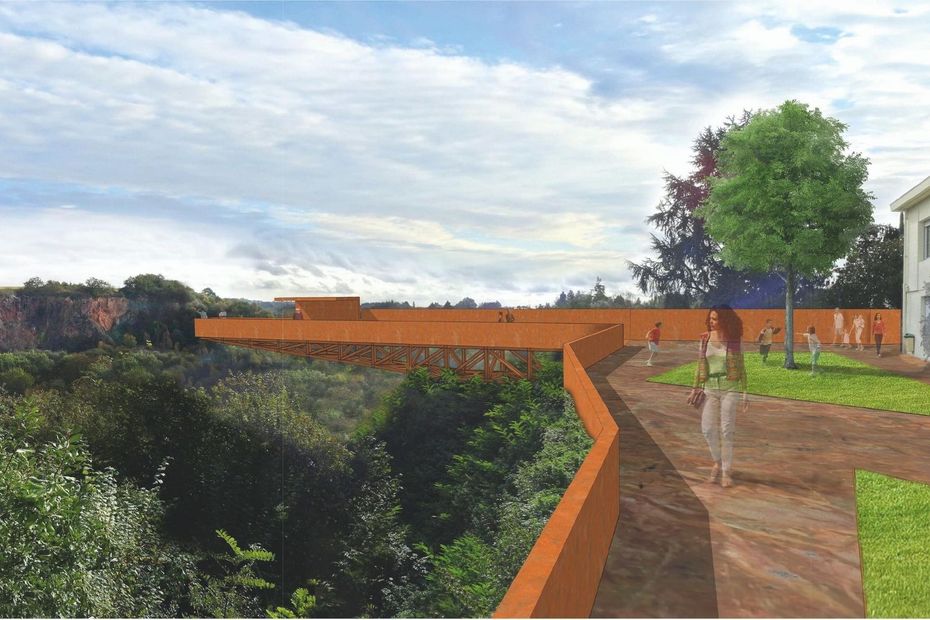