Coronavirus obliges, tourism professionals are experiencing a special summer. Update on the situation in July and early August 2020, in Caen (Calvados) and on the Côte de Nacre.

AT Caen and in Calvados, the consequences of coronavirus health crisis on the sector of tourism in July 2020 were much less harmful than what professionals had anticipated. Explanations.

As we suspected, the summer of 2020 will not be a great vintage. Nevertheless, in a study conducted by Calvados Attractiveness, tourism professionals are 51% to judge as “good” the attendance in July, while they were only 15% to be so optimistic in June.

The easing of restrictions linked to the health crisis, school holidays and good weather have a lot to do with it. Emmanuelle Hardouin, director ofCaen-la-mer tourist office, confirms this trend:

The results are correct in July, with an increase in activity at the end of the month, which has accelerated for two weeks. But there is a real divide between the coast and the city. The coast works well, even very well, especially in the catering sector, but it is more complicated in Caen, especially in the hotel sector.

“The Americans and the English are absent”

For now, and this may be the case all summer, groups and foreigners are lacking. Director of 13 hotels based in Calvados and Seine Maritime, Éric Mincé is in a good position to know:

It’s a catastrophic summer for us. In Caen, our nine establishments show a drop in turnover of 60 to 70%. If we welcome a few Dutch and Belgians, the Italians, Americans and especially the English are totally absent. Usually, they represent 70 to 80% of our summer clientele! And we can’t rely on tourist groups anymore.

If August promises to be a little better “with only 50% losses according to our estimates”, the situation remains very complicated for the hotelier who will have recourse to partial unemployment “at least until September”.

“With the coronavirus, I no longer had a job”

Normally, customers from elsewhere represent 40% of tourist activity in Caen. This proportion is in free fall. “And if there is an increase in domestic tourism, with many Parisians and Normans rediscovering their region, it is not the same average basket”, explains Emmanuelle Hardouin.

Consequence: Camille, who has been a tour guide for 3 years on the Côte de Nacre, had to adapt:

Usually, I show Americans the D-Day beaches. With the coronavirus, I no longer had a job.

The young woman has therefore reconverted for the summer as a saleswoman in a souvenir shop, located avenue de la Mer, in Ouistreham. There she meets “a lot of French people, but also a large quarter of Germans, Belgians and Dutch. ”

The possibility of a reconfinement worries …

If the situation is not encouraging, there are still some reasons for satisfaction. For example, the guided tours organized by the Caen-la-mer Tourist Office are popular:

They have been working very well since June, since we have doubled our online turnover, in particular thanks to Calvados residents. With the discovery of the Underground Icehouse, which is sold out until the end of summer.

Generally speaking, the average booking rate for August is over 43% (compared to 25% last month).
“However, due to last-minute requests, it remains difficult for the majority of sectors to calmly anticipate the end of summer (…) And the possibility of a re-containment greatly worries professionals,” concludes Calvados Attractiveness.

Daily record of contaminations in Cuba

Tue Aug 11 , 2020
Cuba, which has been facing a rebound in the COVID-19 epidemic for several days, recorded a record of contamination in the past 24 hours on Monday, with 93 new infections, the highest since the appearance of the coronavirus there at five months. The previous record went back to May 1, […] 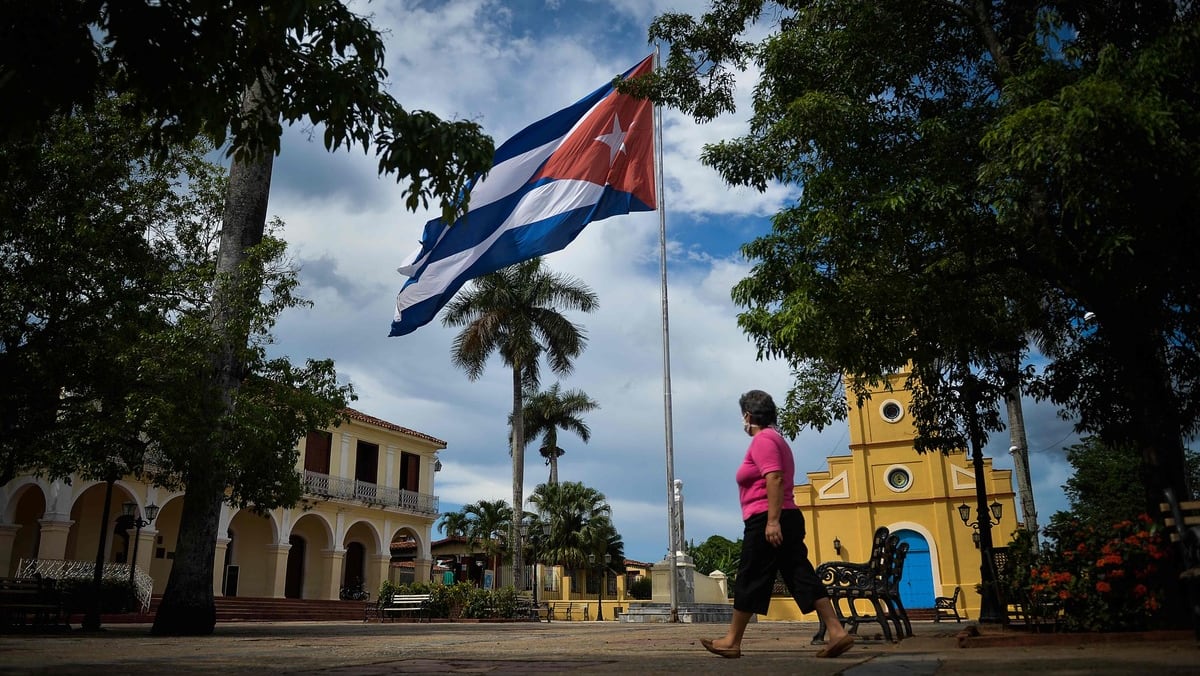