“Teach your children and mine what the ancient Shali means”, sing colorfully dressed girls at the inauguration of the restored citadel of Shali, a flagship monument of the Siwa oasis, 750 km away. west of Cairo.

Built in the 13th century, “Shali” (“Home” in the Siwi language), was erected by the Berber populations installed in the oasis to ward off Bedouin invasions.

Built in “karchif” – a mixture of clay, salt and stone that acts as a natural insulator in a region where the climate can be extreme – the latter fell into disrepair after torrential rains in 1926.

Receive our daily edition for free by email so you don’t miss out on the best of news Free registration!

The restoration project, launched in 2018, intends to make Siwa a global “ecotourism destination”, according to a press release from the Ministry of Antiquities and donors, released on November 6 during Shali’s inauguration.

It is funded to the tune of 540,000 euros by the European Union and led by the Cairo company Environmental Quality International (EQI) under the aegis of the government.

Long isolated, the oasis only began to welcome tourists in the 1980s, after the construction in 1984 of the road linking it to the Mediterranean coast and to the city of Marsa Matrouh, capital of the West. 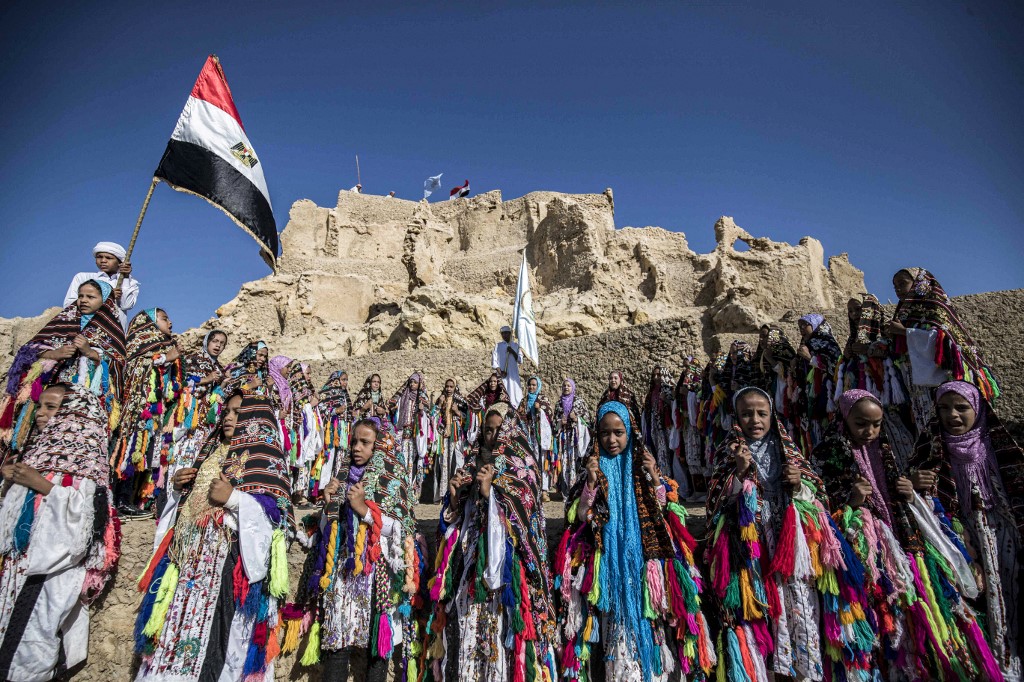 Egyptian schoolchildren in traditional costumes gather at a party to mark the inauguration of Shali Fortress after its restoration, in the Siwa Oasis in the Egyptian desert, some 600 km southwest of Cairo , November 6, 2020 (Credit: Khaled DESOUKI / AFP)

Endowed with palm groves, salt lakes and ancient remains, the oasis constitutes an alternative tourism model that contrasts with the seaside resorts of the Red Sea (east) and the major stages of the Nile cruises – Luxor, Aswan -, designed for mass tourism.

In 2017, the governor of Marsa Matrouh declared that he wanted to highlight this “therapeutic and environmental tourism destination”, registered as a nature reserve since 2002.

Called “ecolodges”, the majority of hotels have bet on respect for the environment, featuring lush vegetable gardens and facades in karshif.

But located 50 km from Libya, in the grip of civil war, Siwa has suffered from political and security unrest shaking the region since 2011, as well as the coronavirus crisis, which have slowed down its tourist activity.

Since 2010, the annual number of foreign visitors has fallen by about
20,000 to 3,000, according to Mehdi al-Howeiti, director of the local tourist office. Domestic tourism only partially “compensates” for the decline, he says.

“Catering will benefit us and bring tourists (…) Today, I offer my products inside Shali”, rejoices Adam Aboul Kassem, who sells handicrafts at the entrance of the fortress.

In addition to the reconstruction of part of the maze and the ramparts, the project led by EQI includes the provision, for artisans, of a small commercial area where to sell their products, modeled on the traditional Siwis markets, or even the creation of a museum of local architecture. 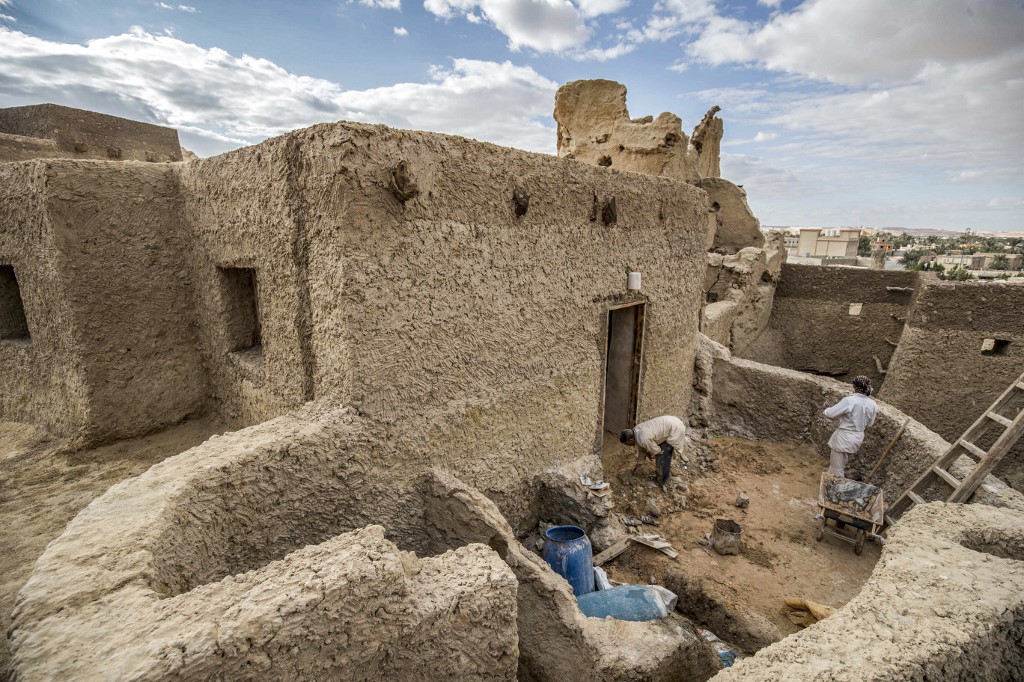 Egyptian workers are working on the restoration of the Shali fortress, in the oasis of Siwa, in the Egyptian desert, some 600 km southwest of Cairo, November 5, 2020 (Khaled DESOUKI / AFP)

It is about “bringing the inhabitants of Siwa back to their origins while offering them employment opportunities” and services, explains Inès al-Moudariss, project manager at EQI.

Erected as a symbol of sustainable development, the archive used for the work comes from materials recovered after the site has been cleared, she adds.

The ancestral material, of ocher-brown color, had been abandoned by the inhabitants in favor of concrete and white gypsum, less friable, which today dominate the oasis of just over 30,000 souls.

However, some criticize the restoration project for being far removed from the concerns of the population.

“No siwi come to Shali. We are attached to it, but from afar, like a landscape, ”says Mr. Howeiti, for whom there are“ other priorities ”in Siwa, including the renovation of roads or the treatment of agricultural wastewater which threatens the cultivation of the olive tree and the date palm, other pillars of the local economy.

Proud of this “essential” project, the Minister of Antiquities and Tourism Khaled al-Enany recognizes in particular the urgency of connecting Siwa to the rest of the world.

“We need to work on the region’s infrastructure, the airport and especially the roads,” he said.

305 km long, the main road has been “dilapidated for fifteen years”, often causing fatal accidents, regrets Mr. Howeiti. The use of Siwa airport is restricted to the military.

“The citadel was not in danger of collapsing. In my opinion, it would have been better to leave it as it is (…) These ruins have a history ”, he adds.

Overall Demand Down for Big Law, But Rate Growth Hits All-Time High. Why?

Wed Nov 18 , 2020
Crisis-illustration The overall demand for legal services dropped 5.9% from the same point last year, marking the largest drop in year-over-year quarterly demand since 2009, according to the Q2 peer monitor index from Thomson Reuters. But within that drop, the average rate billed jumped up 5.2%. The report, which is a composite […] 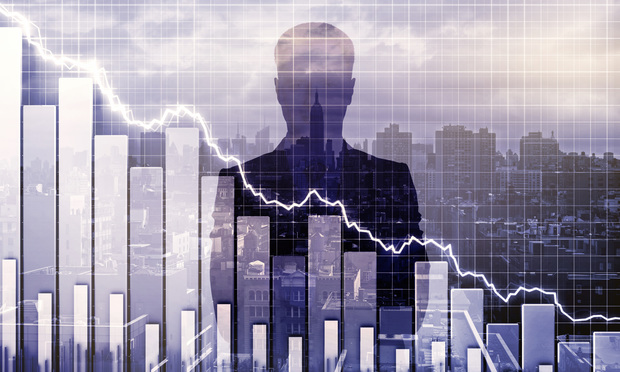