“The new generation of Nissan rogue is interesting. On the other hand, Nissan offers only one engine. Do you know if there is anything else planned for 2022, for example, a turbocharged engine? “
– Maxim

Indeed, the Nissan Rogue 2021 is really more interesting than the version it replaces. Efforts have been put in the right places to make it a more competitive vehicle in a segment that changes almost every month. While the single powertrain does a job well suited to most customers, especially since the engine is more powerful than before and the transmission is better programmed, some still hope for more variety. Some want a hybrid or plug-in hybrid, while others, like you, want more horsepower to, say, tow. During the launch of the Nissan Rogue 2021 which I attended, the question about other powertrains was obviously asked. The answer could not be clearer: there are no other engines planned for the moment. This information has just been reconfirmed to me by Nissan Canada’s public relations manager, Claudianne Godin. However, we can make assumptions. As the Rogue is the most popular vehicle in the Nissan lineup and is of critical importance, it will undoubtedly be one of the first to receive new powertrain technologies. In this sense, it would not be surprising if Nissan eventually arrives with a hybrid or plug-in hybrid version of the Rogue, considering that the craze for these versions is very present. It should also be remembered that Nissan and Mitsubishi are in the same fold, which means that the plug-in hybrid technology developed by Mitsubishi for the new generation Outlander PHEV could well make its way to Nissan. Unfortunately for you, however, it is less safe for a turbocharged version. The small amount of people looking for a more powerful Nissan Rogue should not, in my opinion, be enough to justify installing such a powertrain under the hood of this popular compact SUV. In addition, the trend is more towards hybridization than increasing power among Japanese manufacturers. In the meantime, if you are ever looking for a more powerful compact SUV, there are several options. The first to consider is the turbo-powered Mazda CX-5, followed closely by the Kia Sportage SX Turbo. The GMC Terrain and Chevrolet Equinox also offer good powertrain.

VIDEO: The 2021 Nissan Rogue on the road

Wed Dec 30 , 2020
Connecticut Education Commission Miguel Cardona, President-elect Joe Biden’s choice for U.S. secretary of education, would have to navigate myriad contentious education debates if the Senate confirms him for the role. Among them: addressing student segregation, winning public trust and reopening school buildings during the COVID-19 crisis, and setting policies related […] 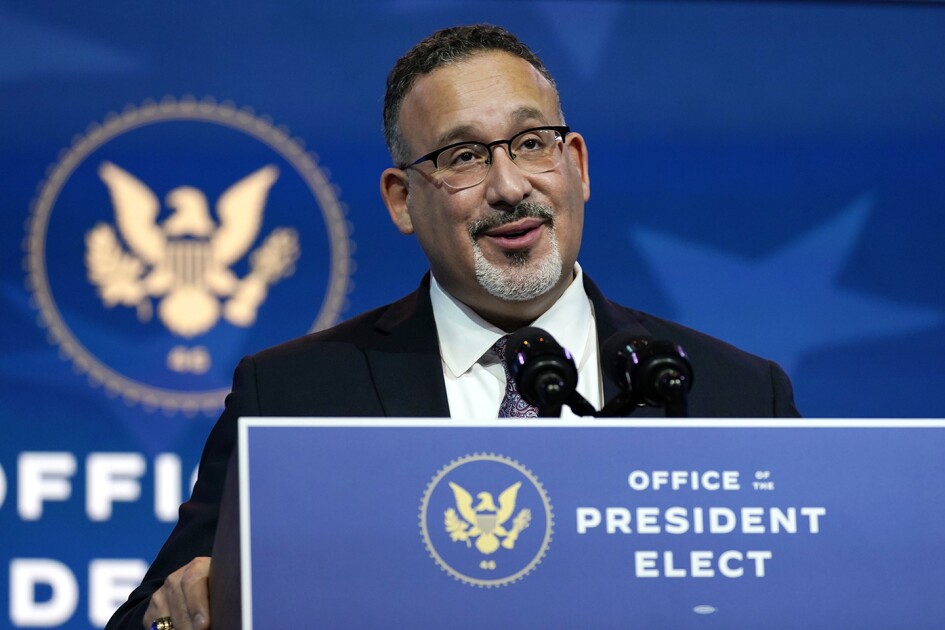