Connecticut Education Commission Miguel Cardona, President-elect Joe Biden’s choice for U.S. secretary of education, would have to navigate myriad contentious education debates if the Senate confirms him for the role.

Among them: addressing student segregation, winning public trust and reopening school buildings during the COVID-19 crisis, and setting policies related to accountability and charter schools.

Here is where Cardona stands on some of these key K-12 issues.

Cardona’s position: As leader of Connecticut’s 530,000-student K-12 education system, Cardona has encouraged schools to open for in-person learning during the coronavirus pandemic. But, unlike some schools chiefs in other states, he has not sought to mandate in-person instruction, and he has acknowledged that local circumstances vary.

“We all know remote learning will never replace the classroom experience,” Cardona wrote in a November opinion piece published in the Connecticut Mirror. “We also know that the health and safety of our students, staff, and their families must be the primary consideration when making decisions about school operations. The two are not mutually exclusive.”

Cardona released a video in November to encourage school reopenings with precautions like face masks, saying that state data had tracked the transmission of many COVID-19 cases detected in schools to out-of-school settings.

The state’s education department also created a public dashboard to report coronavirus cases identified in schools. And it held virtual town halls for parents and virtual trainings in remote instruction for teachers.

He has faced some opposition to his push from teachers who are concerned about the risks of returning to the classroom. But some education groups have also praised his approach as thoughtful.

What it means for the Biden administration:
Biden’s administration will start at a complicated time for the ongoing debate over reopening schools. Some epidemiologists have said schools should be more aggressive about the return to in-person learning. But as some major cities have plotted strategies to bring students back, virus rates have spiked around the country, complicating their efforts.

On the campaign trail, Biden won favor with many teachers when he was critical of the Trump administration’s aggressive push to reopen schools. Biden released a plan that called for additional federal funding and guidance on how to conduct in-person learning safely. Since the election, he has campaigned to work with state and local leaders to open most of the nation’s schools within his first 100 days.

If confirmed, Cardona would be a visible part of the administration’s efforts to win public trust on the divisive issue.

Cardona’s position: Cardona hasn’t taken a strong position for or against charter schools. His state education department has renewed charter school plans, but it has not approved any new ones since he took was appointed in August 2019, the Connecticut Mirror reports.

“Charter schools provide choice for parents that are seeking choice, so I think it’s a viable option, but [neighborhood schools] that’s going to be the core work that not only myself but the people behind me in the agency that I represent will have while I’m commissioner,” he said during his state confirmation hearing.

What it means for the Biden administration: As the Trump administration pushed private school choice options, like vouchers, the debate heated up among Democrats over charter schools, a concept the party had embraced in the past.

Biden himself was critical of charter schools, and he pledged not to provide federal funding for “for-profit” charter schools. Biden’s campaign team said he would focus his attention on “neighborhood public schools” that the majority of U.S. students attend.

Cardona’s less-aggressive position on the issue, compared to some other candidates Biden reportedly vetted, may help build a bridge between different parties in the debate. It may also comfort some charter school supporters, who feared a candidate with a more combative tone. But it may not satisfy some progressive critics of charters, who’ve argued they siphon resources from traditional public schools.

Cardona’s position: Like all states, Connecticut used a federal waiver to cancel mandated state testing as schools quickly switched to remote learning at the end of the 2019-20 school year. But in a Dec. 7 memo, the agency said the state would conduct testing as planned this year, even as some schools remain closed for in-person learning and others are dealing with the fallout of interrupted schooling.

“State tests are the most accurate guideposts to our promise of equity for ALL,” that memo said.

The state plans to assess all students and report the data, but it will not use students’ test scores or to identify schools that need improvement, the guidance said.

In general, Cardona hasn’t been a strident critic of standardized testing like some of Biden’s other reported candidates for education secretary, but has emphasized the appropriate use of test scores. Serving on a state advisory panel that assisted in the design of teacher-evaluation policies as a district administrator, he stressed the importance of multiple measures of success.

What it means for the Biden administration: Biden was skeptical of standardized tests on the campaign trail. Working in cooperation with his campaign, the Democratic Party included language critical of “high stakes” uses of test scores in its 2020 platform. Some education policy wonks who supported President Barack Obama’s approach to school accountability said Biden put too much emphasis on school funding and not enough on accountability.

Testing and accountability are poised to be one of the first big education issues to watch under Biden’s leadership. State schools chiefs have pushed his transition team to give them flexibility on federally mandated accountability measures, including testing, as they continue to respond to the pandemic. Biden’s team has not made any commitments on the issue.

As someone with experience as a state education chief, Cardona may have some added credibility with his former peers that would help him navigate the discussions. As education secretary, he would have to weigh what forms of flexibility to offer and whether the agency should allow states to opt out of testing altogether.

English-Learners and Students of Color

Cardona’s position: Cardona wrote his doctoral dissertation on closing the achievement gap between English-language learner students and their peers.

As a Latino American and former English-language learner himself, he has said he relates to students of color and those who speak other languages at home.

“For Latino children from communities that are below the threshold of poverty, you know you’re not typically thinking, the data doesn’t suggest that they’re going to be the next principal of the school … or state education commissioner,” Cardona told the Connecticut Mirror last year. “There were times throughout my youth that I think people had lower expectations than they should have. It just made me hungrier.”

As education commissioner, Cardona agreed to a state settlement in a decades-long Hartford school desegregation case that allowed more students in the city’s segregated schools to enroll in magnet programs.

What it means for the Biden administration: White students make up the minority of enrollment in U.S. public schools, compared to the combined representation of students from all other racial groups.

And, as those demographics have shifted in recent years, so have debates over how to best serve students from all racial, ethnic, and demographic groups.

Biden’s education plans include efforts to encourage voluntary school desegregation, and to train, recruit, and retain more teachers of color. He has also pledged to boost federal funding for special education and for students with high enrollments of students from low-income families.

If confirmed, Cardona would oversee those efforts. It’s also expected that a Biden Education Department will reinstate key Obama-era civil rights directives that were rescinded by the Trump administration, including guidance on racial disparities in school discipline.

Cardona’s position: When he designed his district’s teacher-evaluation system Cardona emphasized the importance of cooperating with educators and seeking their input.

In 2013, the American Federation of Teachers highlighted that work and called the district “a roadmap for union-district relations.”

“If you want an example of how labor and management can come together to improve learning and student achievement, you need only look at Meriden,” she said in a statement. “His deep respect for educators and their unions will travel with him to Washington—and that commitment to collaboration is crucial to providing the resources and social and emotional supports to safely reopen schools.”

What it means for the Biden administration: Teachers’ unions were key allies for Biden during his campaign, promoting his plans to boost federal funding for schools and his approach to school reopenings.

That relationship comes following a contentious relationship between teachers unions during the Trump administration. U.S. Secretary of Education Betsy DeVos frequently criticized the organizations, saying they stand in the way of the changes necessary to reimagine education.

It also follows several years of muscle-flexing from local teachers’ unions, and grassroots groups that have pushed states and districts to improve contracts, raise school funding, and increase teacher pay.

Cardona would be the face of the Biden administration for teachers’ unions, which haven’t hesitated to criticize education secretaries from both parties in the past.

When can I buy legal weed in New Jersey? Here’s what experts think

Wed Dec 30 , 2020
EDITOR’S NOTE: NJ Cannabis Insider produces exclusive weekly content and monthly events geared toward those interested in the marijuana and hemp industries. To subscribe, visit njcannabisinsider.biz. With the passage of landmark marijuana legislation last week, New Jersey has come closer to legalizing marijuana than ever — but that does not […] 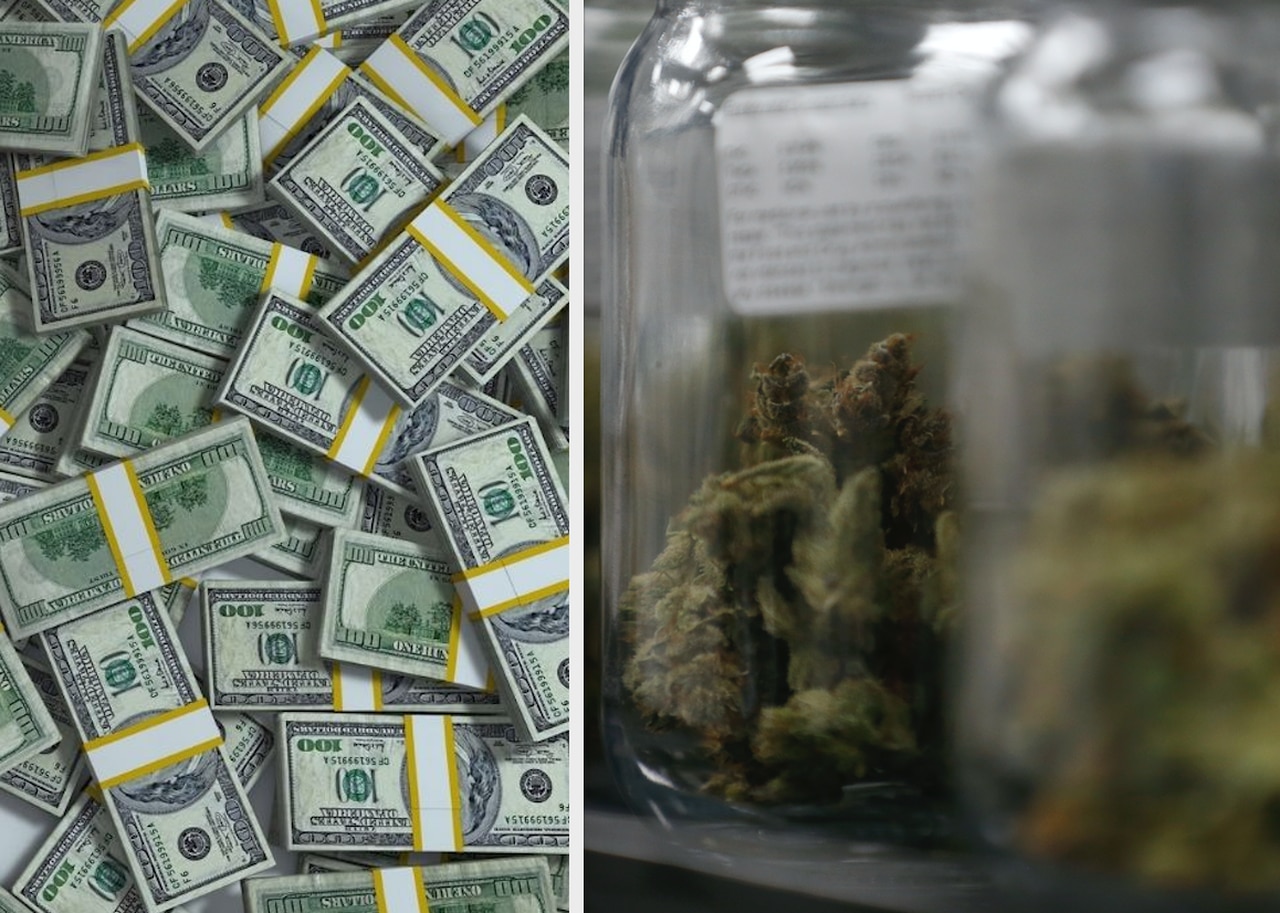