” On Monday the 12th, I will go to the pub myself, and I will carry, cautiously but irretrievably, a pint of beer to my lips. The British will no doubt have listened attentively to this announcement of Boris Johnson’s press conference on April 5. The British Prime Minister officially confirmed this major breakthrough: the reopening of pubs from the start of next week. At least on the terrace and with the obligation for customers to remain seated at the table, social distancing obliges them, but without their time being limited by a curfew or the need to serve a real meal at the same time as food. ‘alcohol. For the sole pleasure of a pint of real ale.

The success of the vaccination campaign with 31 million people who have received at least one dose, its positive consequences on hospitalizations and the number of deaths: all this allows the British government to consider as planned a second phase of reopening after that of schools on March 8.

Boris Johnson has unveiled a new roadmap, called “COVID-19 Response – Spring 2021″, which organizes the resumption of many activities: ” The clear result of your efforts and the deployment of the vaccine means that I can today confirm that from Monday April 12, we will move on to the second step of our roadmap – the reopening of shops, gymnasiums, zoos, campsites, places of personal care such as hairdressers and, of course, pubs and outdoor establishments of all kinds. “

The UK is getting a welcome breath of fresh air, although telecommuting is still widely recommended and travel abroad restricted to compelling reasons only at least until May 17, the date scheduled for phase 3 of the government plan marked by the reopening of other places such as the interior of pubs and restaurants, hotels, cinemas and museums.

Enough to maintain some glimmers of hope for the tourism and events sector, especially since the government will study in parallel the conditions for relaunching large gatherings through its ” Events Research Program“. This pilot program will be used to conduct scientific research into how small and large events could be allowed to reopen safely under Stage 4, which will begin no earlier than June 21.

Different approaches in terms of social distancing, entry testing protocols, but also health certification, will be studied in particular during major sporting events, with 4000 people expected during the semi-final of the England Cup. football on April 18, and even 20,000 supporters for the final of this famous FA Cup at Wembley on May 15. ” We all yearn to see stadiums full of sports fans and concerts full of music lovers, but as we continue to roll out our vaccination program, we have to find a way to do it safely“Said Minister of Health Matt Hancock.

The world snooker championships in Sheffield will be used to test a theater setting, an examination announced as “decisive” by the authorities, in particular to study the future functioning of theaters, places for live music concerts, major weddings, but also conference centers. ” These pilots are positive news for the hotel and restaurant industry, and could begin to unlock the return of business conferences (…) by helping people safely return to normal life from June 21 and removal of social distancing restrictions“, Commented Kate Nicholls, Managing Director of UKHospitality.

Will such a full-scale test ever take place in France? An Indochina concert at the AccorHotels Arena in Paris had been considered for a time in March, then postponed in April, and now probably in May. ” We were indeed contacted to do this test concert. We want to do it, to help the whole profession, to demonstrate, as in Barcelona, ​​Amsterdam, that going to a concert (with masks, note) is not risky. We are ready, we are waiting for the signal from the authorities », Nicola Sirkis, the singer of the group explained to AFP on April 7, quoted by Franceinfo.

Emmanuel Macron’s announcement of a gradual reopening schedule from mid-May for culture, sport, leisure, events, cafes and restaurants has opened up some prospects for all these sectors affected by the pandemic. While remaining wary of the effective realization of this resumption on the dates mentioned, UNIMEV (the French Union of Event Trades), noted that ” the horizon of mid-May, made possible by the intensification of a mass vaccination, finally makes it possible to project oneself and therefore to see the light at the end of the tunnel “.

Like the United Kingdom, the countries most advanced in their vaccination campaign offer real prospects for a rapid recovery in tourism, at least at the domestic level. The United States is also demonstrating it, with supporting figures, with 40,000 new jobs created in the hotel industry last March, a frequentation of hotels which recently exceeded 60% or the number of passengers at airport checks with one million travelers every day of the past week and a peak of 1.6 million on Thursday April 1. Admittedly, this is still well below the average of the 2 million daily passengers reached in 2019, but these figures demonstrate the possibility of a rapid resumption of travel once conditions become favorable again thanks to the vaccination.

Last weekend, the Centers for Disease Control and Prevention (CDC) – America’s Centers for Disease Control and Prevention – updated their travel advice. After studies on the effects of vaccination, the CDC recommends that fully vaccinated people be able to travel to the United States without being tested for Covid or going into quarantine. ” Fully vaccinated people can travel abroad without passing a COVID-19 test before travel, unless the international destination requires it, ”they also added. Of course, barrier gestures – mask, distance, hydroalcoholic gel – are still required, but what a change! “We continue to encourage all Americans to get vaccinated as soon as it is their turn, so that we can safely begin to resume our daily lives.té, ”said Dr. Rochelle Walensky, director of the CDC.

Israel, a model in this area with more than half of its population doubly vaccinated, was able to begin the third phase of its deconfinement plan in early March with the relaunch of cultural and family events, the reopening of hotels and restaurants. A return to “almost” normal framed by this famous “green passport”, sesame which opens for example the access to tourist sites or to receptions, these being limited to 300 people and 50% of space occupation. Only 5% of unvaccinated participants are allowed to participate upon presentation of negative test results. As for the restaurants, they are all accessible outdoors, but only green passport holders can make room indoors.

If health certification systems, such as the green certificate launched by the European Union or the digital passes that are flourishing in the aviation world, are being put in place to make travel and border crossings more fluid, initiatives aimed at making everyday life easier are on the increase. New York State launched its Excelsior digital pass on April 2, which allows its voluntary users to access stadiums, concert halls and theaters more easily, as well as to attend private events. In Denmark, since April 6, certain small businesses – hairdressers, beauty salons and even driving schools – have been accessible to users of the “coronopass”, available via a secure application as well as in paper format.

In the UK, this type of solution will be tested during the Events Research Program and the government is also considering the launch of a health passport : ” The government believes that certification of COVID status could have an important role to play both nationally and internationally, as a temporary measure. It is right that the government provide a way to easily demonstrate COVID status, to ensure that UK citizens and residents are not denied the opportunity to travel or attend certain places or events. “Still, the presentation of this project raised the opposition of more than 70 deputies from all sides, who judge it is “Discriminatory” is of little interest once a large majority of the population has been vaccinated.

What option will the French government choose at the end of this new period of confinement to accompany the reopening schedule announced by the President of the Republic? Mystery… 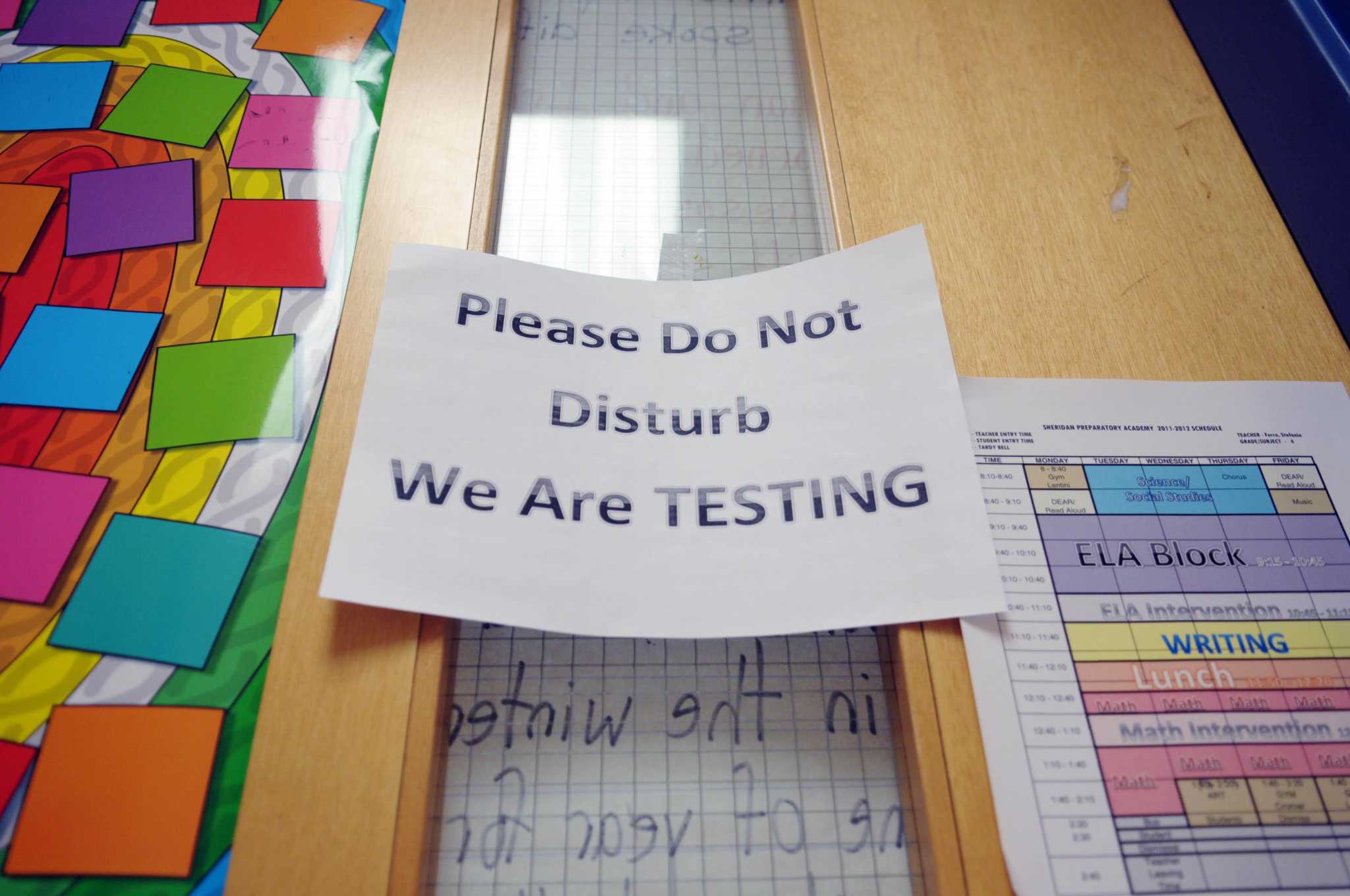