The crisis with its impacts has inevitably called into question certainties and models thought to be well established. And the crisis is always indicative of strengths and weaknesses. In economic matters it is never trivial to scrutinize what emerges.

Obviously, in Provence Alpes Côte d’Azur, the crisis has left its mark. If only on tourist activity, an activity which mainly nourishes a territory which presents a multiple face in the matter, almost as much as these territories.

This impact, the INSEE signifies it by the figures. More than half of the overnight stays have thus disappeared with the possible cessation of all travel, both business tourism and leisure tourism. But both are the two legs on which the economy of the Riviera, Provence and the Alps rests. The first confinement marked time, considerably, then caught up in the summer period corresponding to the first deconfinement, with a resumption of tourist activity which took place in particular through domestic tourism and which was greatly favorable to mountain and mountain tourism. countryside. The end of the year, however, slowed down this recovery. But since then, tourism professionals have refined their strategy, such as the CRT Côte d’Azur, which had prepared a step-by-step plan.

But tourism, if it is the first sector hit by the crisis, is not the only one to suffer the consequences of a change in consumption. Agriculture has also been impacted by consumer demand which has changed, but which remains sufficiently sustained, which creates a sort of “balance”. On the transport side, if public transport has necessarily been stopped or even extremely slowed down, this is not the case for freight transport which has behaved better, overall, if only because of the supply needs that remain. even in times of crisis.

The return of the wool sock concept

Logically, outstanding loans have soared, PGE obliges, with a + 11.8% which places the South higher than the other regions, which is also explained precisely by a strong presence of actors of the tourism sector, affected by the restrictions. And just as logically the Provençal, Alpine and Riviera individual has taken over the strategy of woolen stockings. It is precisely this stocking that interests economic players. What about his expense, or not?

The micro-enterprise, the good surprise

ADIE had already pointed out via its post-containment report, the micro-enterprise particularly resisted. While the decline in business failures has slowed down sharply, the creation of so-called “classic” businesses has not, however, performed well. This is not at all the case with the micro-enterprise which plays, in terms of entrepreneurship, the effect of reinsurance. The + 3.2% that concerns it acts as a message full of hope. This was specified a few months ago by Sébastien Chaze, the PACA regional director of the association, recalling that “The desire to be an entrepreneur is even stronger, post-crisis “Especially since the independent entrepreneur has strongly” want to come true “And that he knows perfectly well that” when the project is ready, you have to go “.

A dynamic which, in a certain way, accompanies that of the activity which has been able to prove itself resistant, thanks to the recourse to partial activity. So if employment was necessarily affected, it was less than what it could have been with an acceptable -0.8%. This should not elude the particular situation of the commercial service sector with a decline of 12.1% in accommodation and food services, a subject which concerns the coastal departments but also those in the mountains, undermined by winter activity and the weather. closure of ski resorts.

A crisis which has pointed out the strengths and Achilles’ heels, and which also provides, in a certain way, avenues for filling the gaps and reviewing business models, to make the recovery real.

Thu Jul 15 , 2021
In another shift, the C.D.C. made clear that masks could be optional for vaccinated people, in line with its recommendations for the general public. Still, the agency said that schools may opt to require universal masking if local cases were rising, for example, or if a school could not determine […] 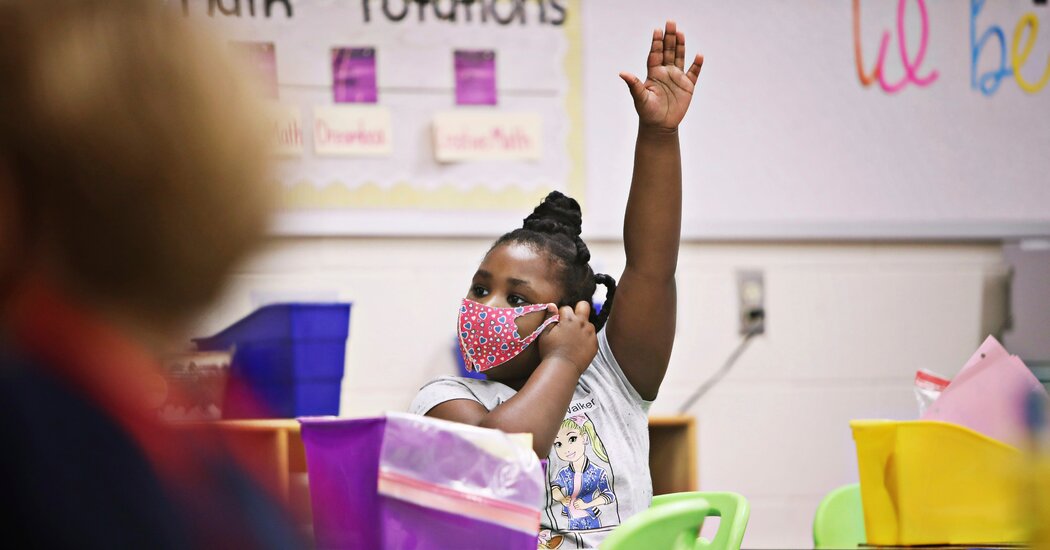