As Phuket prepares to welcome visitors vaccinated from July 1, Chiang Mai is looking to offer its own model of “sandbox” and dreams of an opening on August 1, even if the chances are virtually zero!

From July 1, vaccinated tourists from abroad will be allowed to travel to the island of Phuket without having to undergo a quarantine, while still having to stay on the island for 14 days before they can travel freely in Thailand. This pilot program called “Phuket Sandbox” should be duplicated in other tourist regions of the kingdom from October.

In Chiang Mai, a proposal was made to the authorities for the province to welcome foreigners vaccinated from August 1 through the plan to “Chiang Mai Charming Sandbox”.

“This third wave of coronavirus is having a heavy impact on the economy in Chiang Mai”, comments Narong Tananuwat, vice-president of the economic development committee of the Chiang Mai Chamber of Commerce, in an interview with Lepetitjournal.com. “Phuket is preparing to welcome visitors on July 1, we must take the opportunity to prepare as soon as possible”, he adds.

In consultation with the governor of Chiang Mai, Charoenrit Sanguansat and actors from the private and public sectors, the Sandbox formula plans to welcome visitors from August 1 in four districts of the province: Mae Rim, Mae Taeng, Doi Tao and downtown Chiang Mai. For this to be possible, 70% of the population of these four districts must be vaccinated, or 286,000 people out of 409,119 inhabitants.

“In principle, the whole of Chiang Mai province is due to open on October 15th. By proposing a sandbox model, with routes defined in these four districts, we could imagine welcoming the first tourists on August 1st. Chiang Mai handled this third wave rather well in terms of the number of people infected with the coronavirus. We are ready, it only remains for the vaccination of the population to follow ”, explains Narong Tananuwat.

With a total population in Chiang Mai province of 1.7 million, 1.2 million people should be vaccinated by October at the latest. Initially, the province hoped to be able to vaccinate between 15,000 and 20,000 people per day from June, giving hope that it would be possible to open by August 1 the four districts of the “Chiang Mai Sandbox” and to be able to open the rest of the province by mid-October 2021. As of June 9, around 100,000 people had received a first dose of the vaccine in Chiang Mai.

“Unfortunately the vaccination campaign is a bit slow. The government’s priority is to vaccinate people in Phuket and Bangkok. The government is trying to do its best, the country has also managed the first wave of the epidemic well, on the other hand in terms of vaccination, they keep telling us to be patient not to say that they do not ‘did not properly manage vaccine production and orders ”, details with a touch of irony the businessman at the head of the Tananuwat group which includes among others The Kannas, Rimping, Meechoke Plaza, Modernform, or ViewMall).

Therefore, achieving a vaccination rate of 70% of the population in the four districts of the sandbox seems an impossible mission, recognizes Narong Tananuwat.

“For the moment, we must stay on the date of October 15 for a reopening of Chiang Mai, I do not believe that this can be done rather especially since the conditions to come are very restrictive. How can we hope to attract visitors if they cannot travel freely? To this, we must add that a trip to Thailand will cost much more with insurance, PCR tests, accommodation, etc. I am not convinced that the formula is very attractive for tourists ”, comments La-iad Bungsrithong.

To attract visitors, even if the conditions are restrictive, Narong relies on the “Charming” side of Chiang Mai: “In Chiang Mai, we do not have a beach which does not prevent us from offering a sandbox formula. The concept of CHARMING is the association of Culture, Health (health), Adventure, Romance, Medicine, Innovation , Nature and Gastronomy ”.

If the campaign is unlikely to see the light of day on August 1, it could be used for communication in October. In fact, as Narong Tananuwat and La-iad Bungsrithong explain, making reopening proposals, it also brings a touch of hope for economic recovery for a struggling sector. In Chiang Mai, tourism accounts for 40% of the province’s GDP, only 30% of hotels are currently open and their occupancy rate is less than 10%.

“The sandbox program is not the most attractive, but we have no choice but to try to come up with solutions. There are a lot of businesses that have had to close and others that are really struggling to survive. It’s like getting the figures of the number of people who have lost their jobs, I can’t get the data, I think the authorities are afraid that this information will demoralize the population even more ”, justifies Narong Tananuwat.

According to the businessman, a reopening of Chiang Mai on August 1 would allow the province to welcome nearly 600,000 tourists over the last five months of the year!

I really hope that the situation will be under control soon and that the people of Bangkok will visit Chiang Mai in the coming months.
La-iad Bungsrithong

Before betting on a number of foreign tourists, La-iad Bungsrithong is rather focusing its hopes on the resumption of the “Travel Together” program which offers a 40% reduction to Thais on hotel reservations from August.

“For the moment, Bangkok remains our main market, I really hope that the situation will be under control soon and that the people of Bangkok will visit Chiang Mai in the coming months. Since January, the situation has been catastrophic. I try to keep hope, but we are in a very different configuration from last year where at the end of the year, we felt a desire of Thais to travel, to go out. This year, we can feel that economically, people no longer have the means to travel as much ”, concludes the manager of the RatiLanna hotel, specifying that 1,000 people from the hotel industry have already been vaccinated in Chiang Mai.

Changing the Legal Landscape Through AI

Tue Jun 15 , 2021
Artificial intelligence (AI) is one of the fastest-growing technological industries today, but what effects will it have on legal practices? In addition to the growing number of legal questions that arise as the explosive growth of AI creeps into our everyday lives, artificial intelligence is already enabling some software to […] 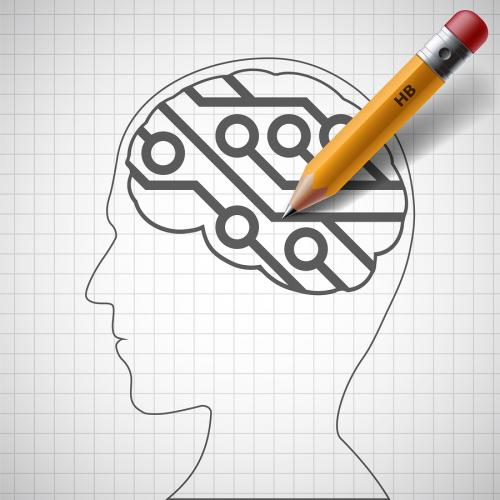