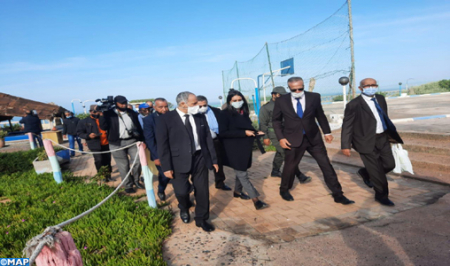 Guelmim- The Minister of Tourism, Handicrafts, Air Transport and Social Economy, Nadia Fettah Alaoui, on Saturday made field visits to several tourist sites in the provinces of Sidi Ifni and Guelmim.

In Sidi Ifni, the minister, who was accompanied by the governor of the province, El Hassan Sidqi, and the director general of the Moroccan Tourism Engineering Company (SMIT), Imad Barrakad, went to Legzira beach, in the Corniche of Sidi Ifni and at Imim Turga beach.

In Guelmim, Ms. Fettah Alaoui, accompanied by the wali of the Guelmim-Oued Noon region, Mohamed Najem Abhay, and the president of the regional council, Ms. Mbarak Bouaida, visited the project of a spa in the commune of Abaynou.

The result of a partnership agreement signed between several stakeholders, the future resort is part of a set of tourism projects worth 70 million dirhams (MDH) which will be carried out in the town of Abaynou.

As part of the integrated development program of the region, this agreement aims to develop the two thremales stations (men and women) in the town and to create a hotel, a café, a rest area, outdoor spaces and a car park.

The minister also went to the White Beach, about 60 km from Guelmim.

In a statement to MAP, Ms. Fettah Alaoui indicated that the objective of this trip is to study and accelerate certain programs on domestic seaside tourism, adding that it is an important product in the region. , known to Moroccan and foreign tourists as a high quality tourist area with great assets.

She noted that her visit also aims to identify larger and more important projects to promote seaside tourism in this region, letting it be known that she will go to other sites of Guelmim-Oued Noun, which are rich in various potentialities. coastal, desert and sports tourism.

For his part, the director general of SMIT said that a dialogue will take place with local operators to find out what type of tourism product could be developed in the region, indicating that tourism engineering studies have shown that there is several tourist niches to be created, in addition to seaside projects.

These projects will give a strong impetus to the development of tourism in this region, he observed.

Tue Dec 22 , 2020
The Virginia Department of Education is headquartered in the James Monroe Building in Richmond. (Scott Elmquist/ Style Weekly) Shortcomings in both the quality and oversight of special education in Virginia put the commonwealth at odds with federal law and make it difficult — if not impossible — to determine how […] 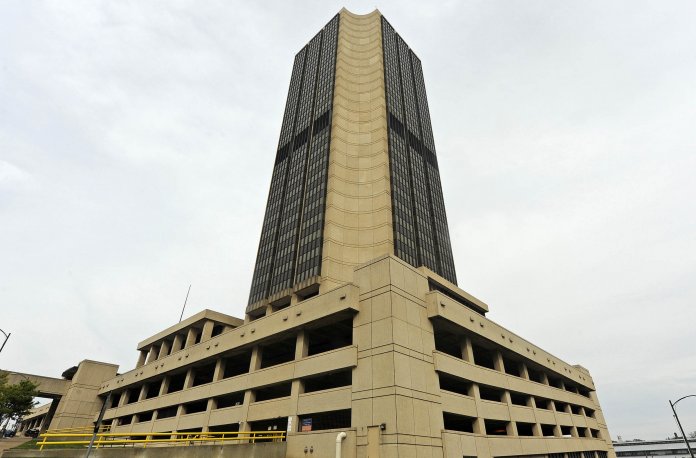