Thai hotel group Central Plaza Hotel Pcl announced on Friday that it will move forward with plans to open at least eight hotels in seven countries this year, counting on the relaxation of travel restrictions as Covid-19 vaccinations go. good train.

“We hope that in the third quarter, with vaccinations underway, travelers with vaccination passports will be able to come to Thailand without having to undergo a quarantine,” Central Plaza deputy general manager Markland Blaiklock told Reuters.

Thailand’s tourism industry has been hit by travel restrictions imposed since early 2020. Even though, after closing its borders at the end of March, the kingdom implemented a special tourist visa in October and then restored the visa waiver for nationals of around fifty countries, it recorded only 6.7 million foreign arrivals last year, against nearly 40 million in 2019.

Optimism around the idea that vaccination would be synonymous with freedom of movement drove shares of Central Plaza Hotel group up by more than 10.28% and those of its competitor, Erawan Group Pcl, by 9.74% on Friday morning (French time).

Thailand, which has not yet started its vaccination campaign, had planned to import a first batch of doses of the AstraZeneca vaccine this month, but the European Union’s imposition of restrictions on the export of the vaccine. forced the kingdom to seek a supplier in Asia – South Korea and India are already producing the AstraZeneca vaccine. Thailand has also ordered the British laboratory for 26 million doses to be produced locally with an additional order of 35 million which remains to be signed.

The Chinese company Sinovac Biotech Ltd is also due to deliver 200,000 doses of its vaccine to Thailand this month, out of a total order of 2 million doses. But Thailand’s Food and Drug Administration (FDA) deputy general secretary Surachoke Tangwiwat said last week that Sinovac Biotech was still awaiting FDA approval for its vaccine.

If the Thai government has been acclaimed internationally for its Covid assessment in 2020, its vaccine strategy is strongly criticized by members of the opposition who denounce the fact that the authorities have not sufficiently multiplied the options to obtain the vaccine and would rely too much on a single lab to produce the vaccine locally, Siam Bioscience, a company that happens to be owned by the king.

Last week, Phuket hotels and tour operators said they would undertake their own campaign to vaccinate 70% of the island’s residents and urged the government to issue a clear policy on “vaccination passports”.

Central Plaza plans to reopen a hotel on Samui Island in April, capitalizing on domestic tourism, the group said. Its list of openings also includes a 984-room hotel in the Vietnamese resort town of Mui Ne, a new hotel in the United Arab Emirates, one in Turkey and Qatar, and two in Laos. In the fourth quarter, the hotel group plans to reopen a 77-room hotel in Burma where it has a management contract.

“So far we have not been informed of the change in plans for this owner,” Central Plaza said referring to the recent military coup in Burma, adding that the return of demand will depend on the situation. .

Sun Feb 14 , 2021
WASHINGTON — The Centers for Disease Control and Prevention on Friday released updated guidance to provide educators a science-based plan for reopening K-12 schools. The agency said it cannot force schools to reopen but can only stress that steps such as wearing masks and physical distancing of at least 6 feet […] 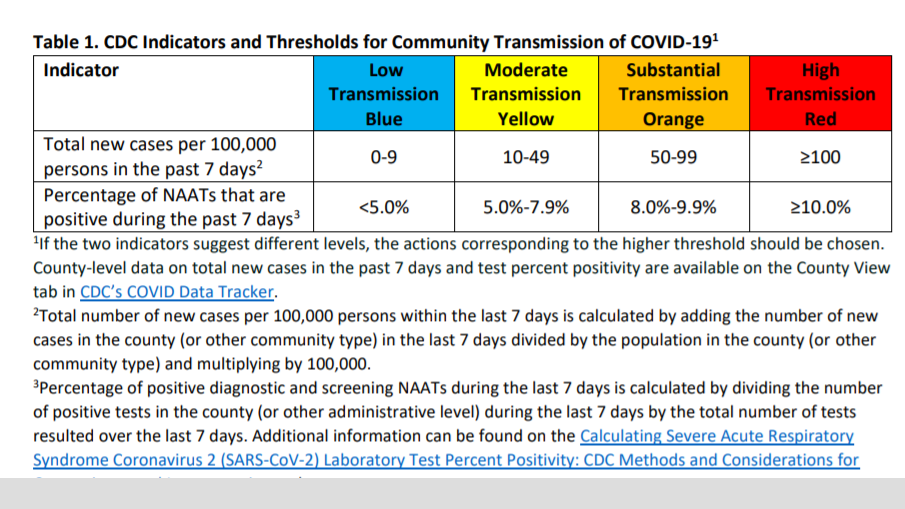