While international mobility is picking up, France appears to be a sought-after destination this summer:
According to the latest Travel Intentions Barometer (Atout France / Office de tourisme et des congrès de Paris), 70% of French people wishing to go on vacation consider a stay in France, 23% in Europe and very few to a distant destination. Coastal and mountain destinations are popular, rural destinations are still sought after even if they are a little less so than in 2020 and urban areas are rebounding slightly, especially among vaccinated populations. ;
In terms of international markets, the rebound is strong for American and Italian customers in particular. France remains well positioned with tourists from Benelux, Germany and Switzerland, but competition from other destinations, particularly from Southern Europe, will be stronger than in 2020. The British market, on the other hand, appears fragile at short term.

In terms of international tourism receipts, as in 2020, France has better resisted the 1er quarter of 2021 than its main competitors, with a decrease of just under 60% compared to 2019, while Spain and Italy record decreases of between -80 and -90% over this period.

International tourism receipts in France, in the main European countries, in the United States and in China 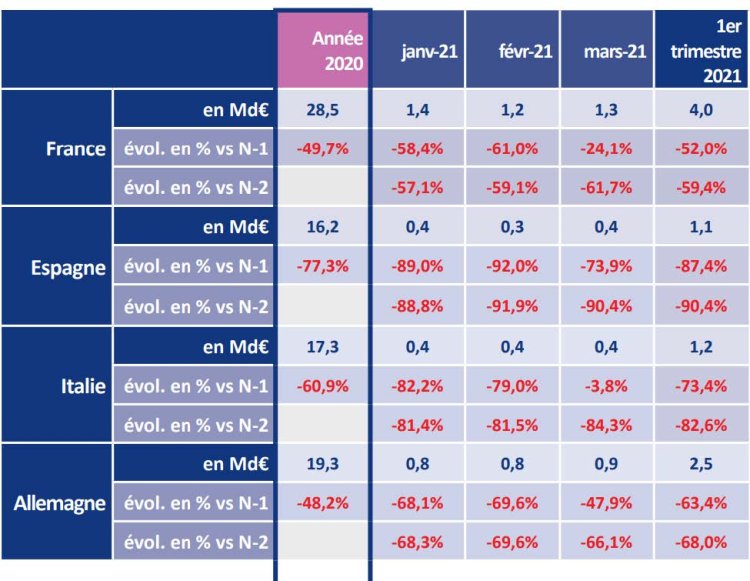 Regarding receipts linked to domestic tourism, the balance of the item “ french trip ”Of the balance of payments deteriorated less in 2020 since more French people remained in France.
The strong resilience of the domestic market in times of crisis makes it a major issue for many territories. According to INSEE, the total of domestic overnight stays in commercial collective accommodation only fell by -8.1% during the summer period (July / August / September) between 2020 and 2019. The volume of international overnight stays fell sharply on the other hand. contracted by -56.6% generating an overall drop in the volume of overnight stays of -22.9%.

Atout France therefore estimates the fall in domestic market revenues at -35% in 2020, compared to -50% for international revenues.

In the future, certain French clienteles should again be tempted by an international stay. This choice, which was growing strongly before the pandemic, then contributed to lowering the balance of the travel item in the balance of payments from 21.3 to 11.6 million.ds € between 2013 and 2019. This decrease is mainly linked to an acceleration in the growth rate of French spending abroad observed in recent years.

This is why Atout France wanted to analyze, in a new study, the reasons that push certain French customers to opt for international vacations. The document thus provides all players, companies and destinations with the keys to a better positioning on the domestic market.

Jean-Baptiste Lemoyne Secretary in charge of Tourism, French people abroad and La Francophonie: Since 2020, the destination France has held up better than its neighbors because the French have had the reflex of the destination France. They are the beating heart of tourism blue white red ! In order to consolidate this dynamic, it is important to better understand the practices of our compatriots, this is the whole point of this study published today by Atout France. It is a precious compass in order to adapt to their expectations “

Caroline Leboucher, CEO of Atout France: The pandemic has highlighted the major economic stake represented by the tourism industry for all French destinations: the stake of international tourism revenue, key for a certain number of territories and actors, but also the stake French clienteles for all stakeholders, and the need to develop even more attractive local tourism. The study on French tourism published by Atout France aims to analyze the practices of the latter in terms of stays in France and abroad, and to provide the keys to professionals to encourage certain clienteles to rediscover the assets of French destinations.

What did lawmakers do for Texas school children? Join the Legislature’s education chairs for a recap

Sat Jul 10 , 2021
Texas lawmakers focused much of the legislative session on conservative culture war issues related to education, including what teams transgender student athletes should play on and how to curb “critical race theory” in the classroom. But they also tackled more bread-and-butter subjects such as maintaining school funding levels, the high […] 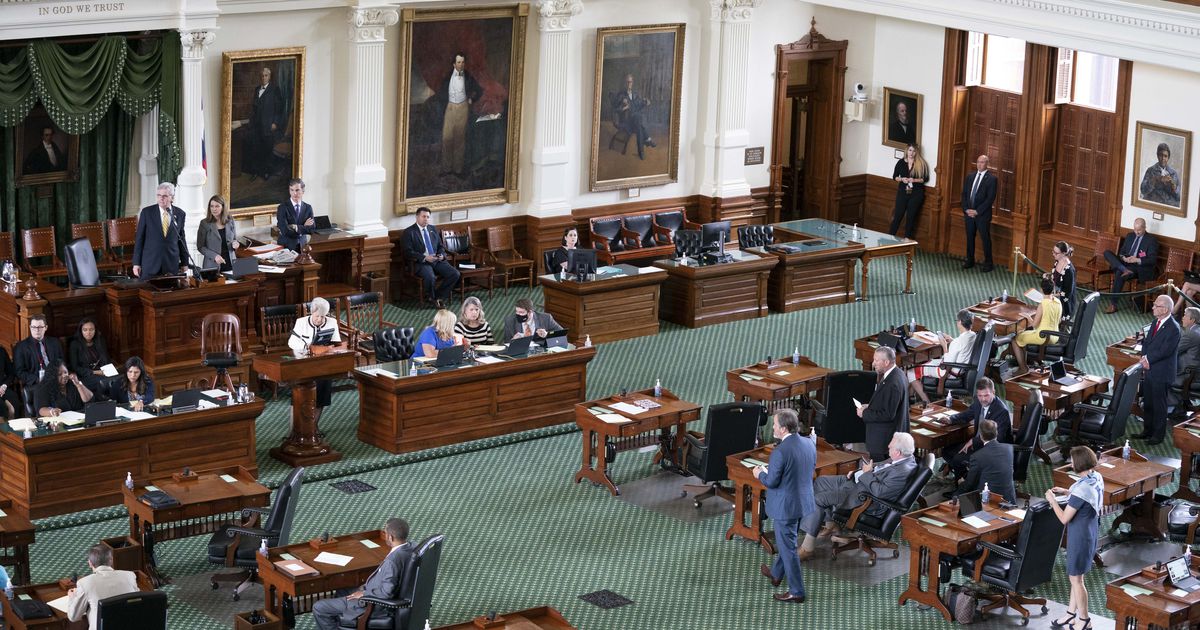