Domestic tourism could return to its pre-crisis level earlier, in 2023 for France.

There is an appetite, a need, almost a vital urge for those who left in previous years to leave.

“ There is an appetite, a need, almost a vital urge for those who left in previous years to leave. There is great frustration and the more the frustration rises, the more important the departures will be “, according to him. “ People have ants in their legs “, Confirms the Secretary of State in charge of Tourism Jean-Baptiste Lemoyne who recognizes however that” the variants and the virus represent a permanent uncertainty “. The idea of ​​a “ sanitary pass “Or” vaccination passport »Remains embryonic, not to mention that vaccine policies vary from one country to another, that the variants regularly redistribute the cards and that borders open and close according to health policies.

Resumption in 2022 for domestic tourism

According to a study by McKinsey, on a global scale, the tourism industry is expected to return to its pre-crisis level in 2024 only, but domestic tourism could return to its pre-crisis level in 2022 (2023 for France). “ Tourism in France should be made up of 68% domestic travelers in 2021 (compared to 58% in 2019) and 88% leisure tourists (compared to 81% in 2019). As for international tourism, it will first be driven by cross-border travelers », According to Aurélia Bettati, associate director at McKinsey. “ The solutions will depend on the country where you live and how much money you can spend. “, but also “ the risk you are willing to take “In the face of the Covid, according to the prospectivist Cécile Poignant.

Upgrading for the middle class

The middle classes who have been able to save should “ upgrade to a higher range », Which some luxury hotels have already anticipated by offering packages with starred meals in the room, or equipment worthy of a cinema. Destinations that are usually crowded and therefore can be a risk in times of pandemic, such as Venice, Barcelona or Santorini, should find a more moderate flow of visitors.

But the fear of the virus does not explain everything. “ The periods of confinement and curfews have generated a need to cut off from the city and to recharge your batteries », According to Aurélia Bettati. “ There will therefore probably be fewer short stays in the city and more and more trips to the countryside, associated with a + breath of fresh air + effect. “, according to her. Summer has proven it, the seaside, the mountains, the airy places will be prized with a desire for freedom. Cécile Poignant thus observes a rise in “ all that is + Van life +, which is the modern and bobo motorhome “.

Without forgetting the eco-responsible conscience. Background music “ which already existed “, According to the president of Travel Companies, Jean-Pierre Mas, but who will be” more and more audible and will modify certain behaviors with less frequent trips and fewer + kleenex + trips of two or three days “. “ We will also want to spend a fortnight’s vacation in a club with monitors who take care of the children. », He tempers. “ People need to party, to let go, to find each other “, According to Didier Arino for whom there will be” the revenge trip »Where we will forget about CO2 emissions when taking the plane.

“ We are not at the end of consumption “Massive, confirms Cécile Poignant,” but it will be redistributed “. For the prospectivist, “ what this pandemic does is shake up things we took for granted and reposition ourselves, ask ourselves the question of + what is it to live well? + “. “ And it can take as many forms as there are people. It’s up to everyone to reinvent themselves and offer something else », She concludes.

Mon Mar 15 , 2021
In one of his executive orders issued on International Women’s Day, President Joe Biden (D) called for ensuring a discrimination-free environment within schools and federally-supported institutions and asked for the Secretary of Education to review all policies in accordance with that. The President specifically included LGBTQ people in the “Executive […] 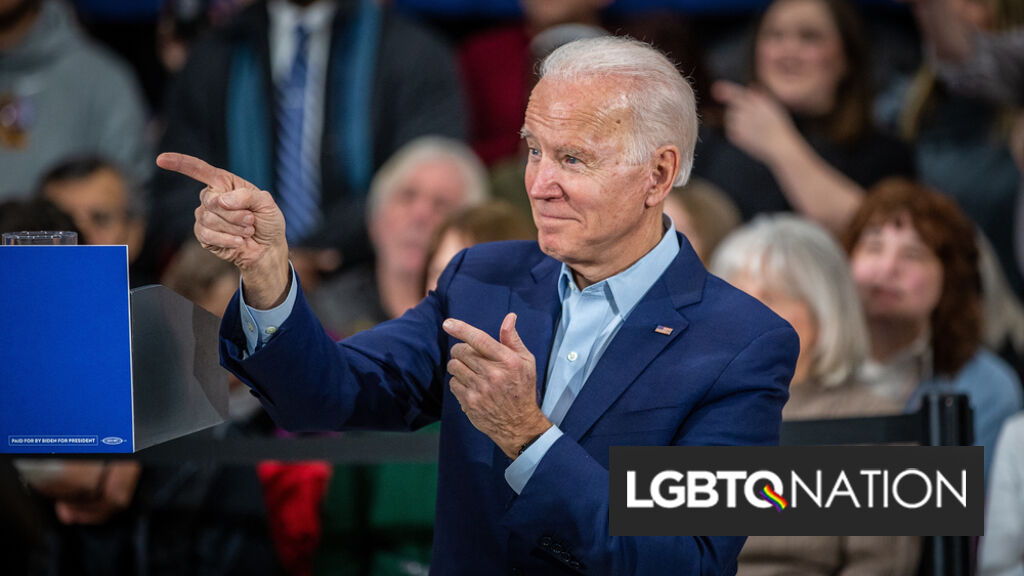