The San Francisco group posted abysmal losses despite a good relative maintenance of its activity.

Airbnb is paying a heavy price for the crisis. The Californian platform posted a loss of 4.6 billion dollars in 2020 (3.8 billion euros). That is a little more than the European tour operator TUI for example.

In terms of the pace of activity, the seasonal rental giant has however held up better than other travel players such as Booking and large hotel groups. Following international travel restrictions last year, Airbnb was able to limit the damage thanks to the resumption of domestic tourism in many countries.

A capitalization greater than 100 billion

“We don’t think we will return to the world of travel before” the health crisis, co-founder Brian Chesky said Thursday at a conference with analysts. According to him, the health crisis is causing a significant increase in long-term stays, in particular thanks to the development of nomadic work.

Tue Mar 2 , 2021
WASHINGTON — The Senate on Monday easily confirmed Miguel A. Cardona, a career educator who rose through Connecticut’s education system to become a leader in the effort to reopen pandemic-shuttered schools, as the next education secretary. His nomination was approved by a vote of 64 to 33. Dr. Cardona, who […] 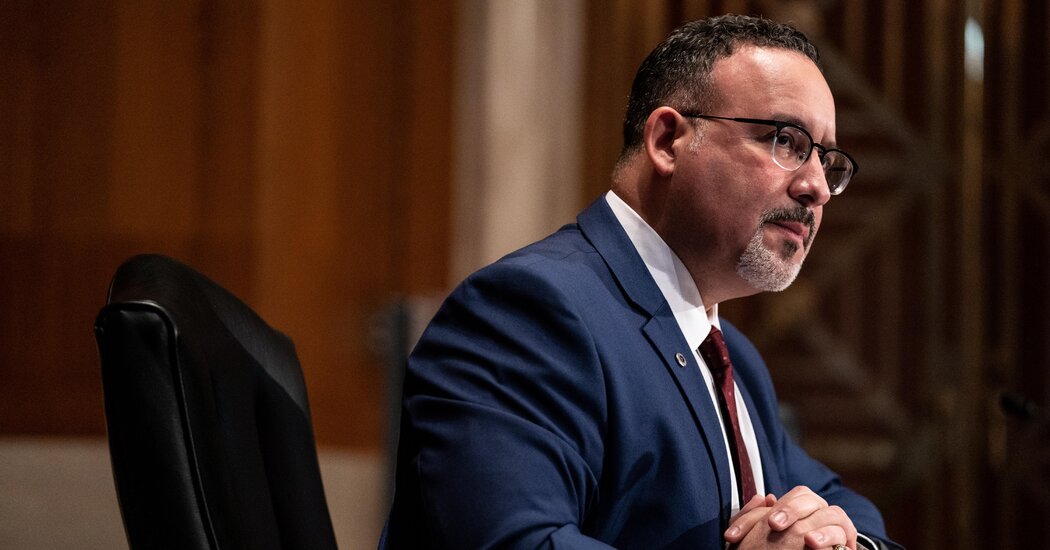