A Rowan University computer science researcher is working to protect the privacy of drivers who use spatial crowdsourcing apps, with support from a three-year, $227,107 award from the National Science Foundation.

Spatial crowdsourcing is the technical term for outsourcing jobs that require users to go to a physical destination, as companies like Uber do. To get and perform work assignments, workers share their real-time location with the crowdsourcing system.

To connect with potential customers, drivers share their real-time location—and that’s a potential problem, according to Dr. Chenxi Qiu, an assistant professor of computer science at Rowan University’s College of Science & Mathematics.

“Reporting their location may disclose the private information of drivers, such as drivers’ home addresses, sexual preferences, and religious inclinations,” Qiu explained. “The disclosure of sensitive information could have consequences such as discrimination or even physical attacks.”

To minimize location privacy issues, crowdsourcing systems use an algorithm to produce a fake location that disguises the user’s true whereabouts. This approach is called geo-obfuscation.

Existing methods of geo-obfuscation are based on two-dimensional planes. They recognize how far the worker is from a landmark if measured in a straight line—but workers can’t drive where there’s no road. Vehicles have to follow traffic regulations and traffic flow, at times adding inefficiency to crowdsourcing services and giving away the driver’s real location.

“The path to an assigned destination can be very different due to traffic pattern and topology, which allows hackers to steal information about the vehicle’s real location,” Qiu said. “For example, when there is a single road segment in a large region, it is easier for an attacker to estimate the real location of the vehicle.”

Qiu’s method, called time-efficient geo-obfuscation, recognizes details that two-dimensional means of geo-obfuscation can’t, such as whether the roads connecting the driver’s location to the assigned destination are winding and whether traffic congestion might prolong the commute. The fake location Qiu’s algorithm produces removes the inefficiencies that arise when road networks and traffic patterns aren’t part of the equation.

“Privacy is important, but quality of service is also important,” Qiu said. “Time-efficient geo-obfuscation could protect a huge population,” including potential drivers whose concerns about privacy keep them from joining spatial crowdsourcing services.

“Success in spatial crowdsourcing systems is related to the number of users,” Qiu said. “With more users participating, everyone can get better service.”

“Our app is a very practical app, not only experimental,” said Ce Pang, a Rowan alumnus and first-year graduate student in Santa Clara University’s Master of Science in Computer Science and Engineering program.

“During the cooperation with Dr. Qiu for more than a year, I learned a lot about Android, which not only helped me improve my coding skills but also helped me successfully apply for graduate school,” said Pang, who earned his bachelor’s degree in computer science in spring 2020. “I built an Android program from scratch to help Dr. Qiu run tests for our research paper.”

This NSF grant will help Qiu, his team of students and his collaborators at Pennsylvania State University take the project from simulation to implementation. Qiu ultimately hopes to collaborate with spatial crowdsourcing companies.

Using his algorithm, “workers’ privacy will be better protected,” Qiu said, “and quality of service will be improved, benefitting the workers, the companies and the population that makes use of ride-sharing, delivery and other services.”

Tue Feb 23 , 2021
It is certainly not only because of the corona-related restrictions that online auctions are becoming increasingly popular, especially in Germany. The international online auction house Catawiki In any case, reports that in 2020 more than 10,000 sellers from Germany auctioned over 340,000 objects worth around EUR 30 million. Of course, […] 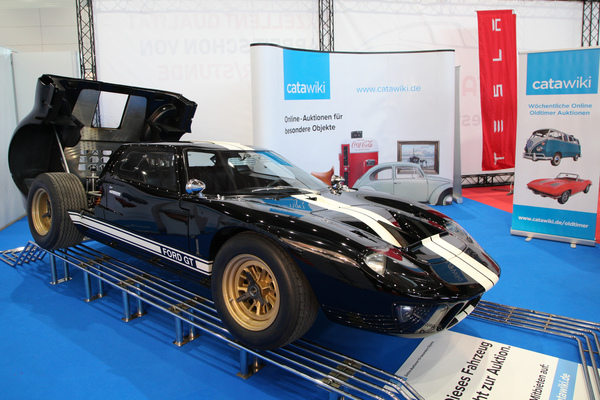