The next four years offer the prospect of renewed debates about many aspects of public education policy. As we watch this new batch of fireworks launch, it will be useful to remember that virtually all of our debates are the outgrowth of four fundamental issues.

How To Fund Public Education

In the U.S., we like the idea of public education, but we don’t much care for funding it. Our use of real estate taxes to fund education has guaranteed that folks mostly pay for school for their own neighborhood, wealthy or not-so. There are some state-level mechanisms to help equalize that, but not all are effective.

Critics of public education often cite the increased costs of public education, but at least some is the result of slowly, reluctantly, providing better funding for previously underserved populations. And we’re still not there; for Pennsylvania alone, recent estimates are that nearly $5 billion are needed to fully fund all public schools. Sometimes the inequities are between districts, and in some cases, inequities exist within districts (e.g. the Pinellas County district in Florida that first segregated its students, then segregated the dollars that went to them). Throughout our history, many white citizens have resisted mechanisms that require them to finance education for Black students (Schoolhouse Burning and Overturning Brown are just two books from 2020 that lay out some of that ugly education history). Segregation of students and of finances has been a problem in our past, and we have not solved it in our present. On top of that layer the fact that some students, for a variety of reasons, simply cost more to educate than others.

Many reform initiatives of the past decades have declared themselves about “making schools better” or “reducing inequity” while the rest of that statement—”without spending more money”—remaining unspoken. The argument is that spending more money won’t help, and while it’s true that spending the money badly will not help, the research is clear—school funding matters when it comes to student success.

Vouchers and charter schools are both attempts to look like we’re addressing educational inequity without actually spending any more money. “Let the money follow the student,” is the slogan, and it completely skips over the question of whether the money is enough. The blanket is not big enough to cover the bed, but school choice advocates argue that by cutting the blanket up, moving the pieces around, and perhaps setting up some extra cots, the too-small blanket will become large enough to cover everyone. Meanwhile, there’s no serious research to indicate that choice schools do more with less.

The funding issues also affect teachers, because teachers are the major cost in education. So we see frequent attempts to lower labor costs in education. Have Teach for America style staff that turns over every few years. Create pedagogy-in-a-box programs that don’t require a trained teacher to deliver. Replace part or all of the staff with computerized programs—especially shiny new ones with AI. It all cuts costs.

All of it comes back to a fundamental issue. The U.S. system demands a Lexus on a Kia budget, and many of our citizens really don’t want to pay to educate Those Peoples’ children. This desire to do school on the cheap serves to limits the range of solutions considered for every single problem in education. As long as we are unwilling or unable to say that we will pay whatever it takes to create a top-level education system that serves every student, these debates will continue.

Equity and Justice; Race and Religion

We have many, many ideas about equity and justice in this country, with new rounds of old arguments opened in recent years. Under Betsy DeVos, the department began “efficiently” closing out complaints related to race, and reversed Obama-era guidance meant to address racial inequity in school discipline. At the same time, she has shifted focus to what she perceives as a different brand of inequity—that related to religion. Espinoza v. Montana Department of Revenue has further eroded the wall between church and state and paved the road for more use of taxpayer dollars to fund private, religious schools.

Both of these debates about fairness and justice—religion and race—are roiling in the country right now, and public schools are always a reflection of society. A Biden administration is far more likely to focus on trying to right historic and systemic for BIPOC students, but the Trump administration has installed a wide net of judges who are seen as more sympathetic to conservative causes. We are likely to see initiatives aimed at addressing injustices, both real and perceived, promoted through a variety of avenues.

A nation’s schools don’t exist in a vacuum. Every single argument we have in our world about justice, equity, values, racism, and decency is going to spill over into schools, and that’s going to be reflected in policy debates.

How To Read Students’ Minds

This is a challenge for every policy maker and every classroom teacher—how do you know what students have actually learned?

All of assessment is about trying to design an assessment task that will show us what the student did or did not grasp. The list of factors that can interfere with these acts of hopeful psychic divination. The student may not understand the task. The student may simply be distracted or focused on other factors. The student may run afoul of the medium through which she’s supposed to show her stuff; she may have trouble writing papers, or multiple choice questions might throw her. Or the assessment task itself may be poorly designed.

This is a daily challenge for teachers, but it becomes even more troublesome when policy makers start talking about “accountability.” For the past few decades, reformers have wanted to measure both what is in students’ brains and how much of it a particular teacher put there in a particular year. What they’ve settled on is an annual battery of multiple choice questions about reading and math. It is not a great instrument, but policy makers (and people who write about policy) have pretended that it is a real proxy for “student achievement,” and that they can use special formulae to find out how much teachers contributed to that cranial content.

At all levels, the desire to have a solid answer to “how well is this working,” is natural, right and normal. But just as you can’t know exactly what your in-laws think of you, how your boss really feels about your last conference, and why your partner is still with you, you cannot ever know exactly how much learning has been packed into a students’ head. It’s a question we have to ask over and over, but we can never have absolute faith in the answer we get, and we must keep looking for better ones.

How Much Versus When

We know two things for certain in education. 1) Every student has her own pace and speed to work. 2) The system wants students to acquire certain learning by deadline.

Both are true, and both cannot be the foundation of the system. So we end up telling students, “Your job is to get to Cleveland from New York City. You can use any means of transportation that you have access to—drive, fly, bike, walk if you wish—and take any side trips along the way. But you have to get there in twelve hours.”

From time to time, there is a revolt against the idea of seat time. If a student can grasp the educational goal in three months, why make her sit in class for nine months? And if a student has sat in a seat for nine months, does that really mean she’s learned anything at all? Why not come up with a master list of Things To Learn and as soon as the list is checked off, send the student home?

The debate involves many educational issues, but the current pandemic mess has highlighted one real reason we don’t do this—sending students home from school on a varied and unpredictable schedule creates a whole new set of problems for families.

Nevertheless, the idea of alternatives to seat time will continue to be a debate partly because it has merit and partly because it is an opportunity for many folks to make money. Competency based education, various forms of personalized learning, and any edu-product that can have AI attached to it are hot growth industries. Remote learning during the pandemic has intensified the attention to the seat-time versus mastery debate; expect that debate to keep raging.

What Do Students Need To Know

The advent of Common Core turned “college and career ready” into a well-worn educational cliche, and yet, all these years later, we don’t really know what it means. What exactly does a student need to know or be able to do in order to be college and career ready? Is there a list of knowledge and skills that is essential to every student, whether she intends to be a welder or a physician or a banker or an author or a stay-at-home mom?

Common Core pretended to know the answer, but it was simply the answer that the writers of Common Core thought should be correct. There is no research base, no peer-reviewed study, no repository of scientific evidence to show a list of qualities and capabilities that are a requirement for a good, successful, happy life. We probably can’t even agree on what those three terms mean and if they all belong in that sentence.

We have always argued about what an education is for. There is always pressure for schools to focus on employable skills, to crank out meat widgets and worker bees to better satisfy the needs of business, but that, of course, is precisely the sort of education that wealthy and privileged parents would never settle for when it came to their own children. Shouldn’t education be about more than job training?

What is the point of school? We don’t debate this as often as we should, but our differing opinions about the answer underlie most of our other education policy debates.

These five fundamental issues are the foundation of every K-12 education policy debate, even if they remain unspoken (the “let’s keep it cheap” argument, in particular, is the quiet part that folks rarely want to say out loud). Our choice is to address them directly, or to just haggle at the margins. We’ll see what the future holds. 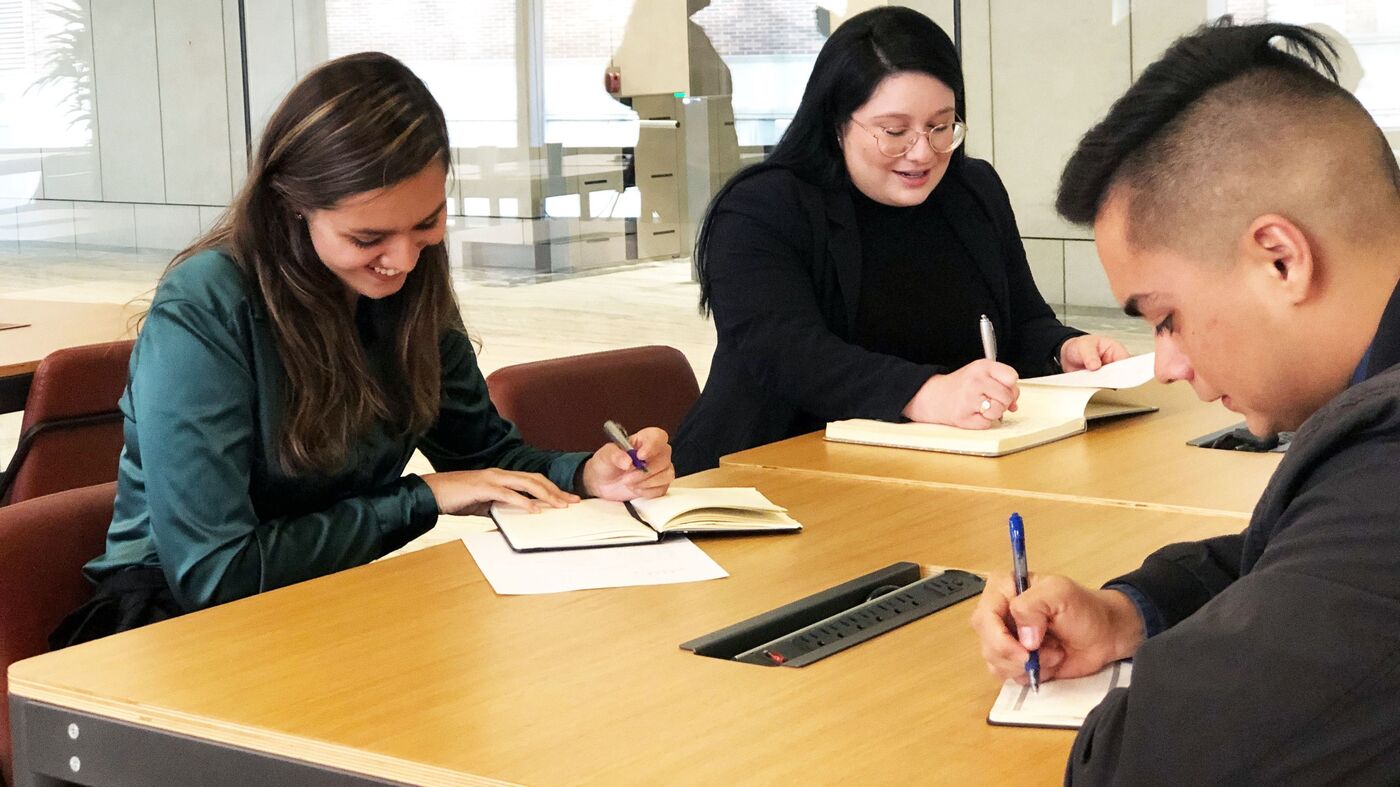