A new mobile game PUBG is about to land on smartphones. The developers of the very popular battle royale have just announced the upcoming release of PUBG: New State. The latter will use the same formula as the current game, but will transpose it into a futuristic environment.

This new version of PUBG will take place in the year 2051. It will obviously offer a whole range of new futuristic weapons and vehicles, including drones and deployable combat shields. Semi-futuristic military technologies should be at the heart of the experiment. There is also talk of a complete weapon customization system; performance improvements, firing modes, accessories, etc.

The basic principle remains the same: 100 players – solo or in a team – compete on the same map until there is only one left.

And if the new game announced is intended for smartphones, the developers of PUBG Studio promise “ultra-realistic graphics that push the limits of mobile gaming.”

In any case, you will have to wait to find out more. PUBG: New State is still planned for this year on iOS and Android. Alpha testing is also expected to be offered to players in the coming months. It is also possible to pre-register to obtain a special vehicle skin.

The Cultural and Tourist Village of Vietnamese Ethnic Groups, a popular destination 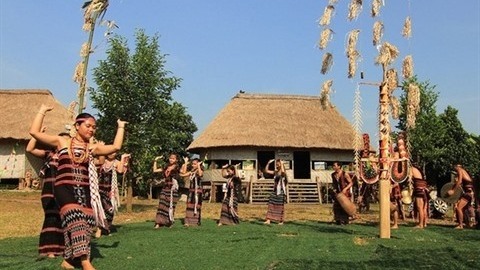