So far, the campaign is going smoothly, so that the Belle Province can boast since Thursday that 75% of Quebec adults have received their first dose.

On Thursday, the Minister of Health and Social Services, Christian Dubé, estimated that 220,000 Quebecers aged 18 to 40 had yet to be vaccinated to reach the threshold of 75% in this age group.

Quebec has also set itself the goal of reaching the threshold of 75% of those 12 and over vaccinated in each age group.

To convince the youngest to put their shoulder to the wheel, Minister Dubé went there with a wink that did not go unnoticed on social networks on Friday.

In a video posted online in the morning, Mr. Dubé took part in the “round game” by discreetly forming a circle along his thigh with the index finger and thumb of his right hand, followed by a message as simple as direct: It doesn’t hurt more than a bin. Get vaccinated.

The approach, which the older ones will not understand at first glance, refers to a game as trivial as it is popular among teenagers which consists in making someone look at your fingers and then give them a “bine”, that is to say a small punch on the shoulder.

The video, widely shared by members of the CAQ government, toured the web on Friday, so much so that liberal leader Dominique Anglade and Quebec solidaire co-spokesperson Manon Massé imitated it during the day.

We continue to make every effort to promote vaccination among those under 40, said Minister Dubé in the afternoon on Twitter.

Minister Dubé’s initiative is in addition to that of the CIUSSS du Center-Sud-de-l’Île-de-Montréal, which had set up a walk-in vaccination clinic from Wednesday to Friday at Parc des Royaux, in a sector of the Ville-Marie borough where the vaccination rate is apparently lower than the average.

This deployment, it is explained, was intended to reach a younger clientele, often overwhelmed by work, and who do not necessarily see the urgency to be vaccinated, being itself less likely to develop serious symptoms. caused by disease.

In charge of vaccination for the CIUSSS du Center-Sud-de-l’Île-de-Montréal, Marie-Ève ​​Brunelle explained that it was a targeted operation, complementary to that of mass vaccination clinics, which will have enabled vaccination 100, 200, 300 people per day.

Too early to worry, according to the INSPQ

That being said, the current vaccination rates among young people do not frighten the Institut national de santé publique du Québec (INSPQ), which assesses the population’s adherence by survey each week. At least not yet.

Groups that are very hesitant or very reluctant, it remains at less than 10% of all age groups, recalls Ève Dubé, medical anthropologist and researcher at theINSPQQuebec National Institute of Public Health. So, I’m not particularly concerned.

Ms. Dubé thinks that the various initiatives to facilitate access to vaccination services should make it possible to reach the youngest. I believe that time will do its work, she says.

For the moment, young Quebecers are less likely than their elders to be vaccinated against COVID-19.

The vaccination of young people aged 12 to 17 was validated by the Committee on Immunization of Quebec on May 18. But it is only since May 25 that they have access to the general vaccination campaign. Vaccination in schools, it must begin Monday.

With information from Jacaudrey Charbonneau

Mon Jun 7 , 2021
The government will also be alongside tourism professionals to better bounce back from the health crisis. Traveling in the Lot, the President of the Republic indeed promised this Wednesday “a plan of reconquest” for the sector, one of the most affected by the consequences of the Covid with culture, events […] 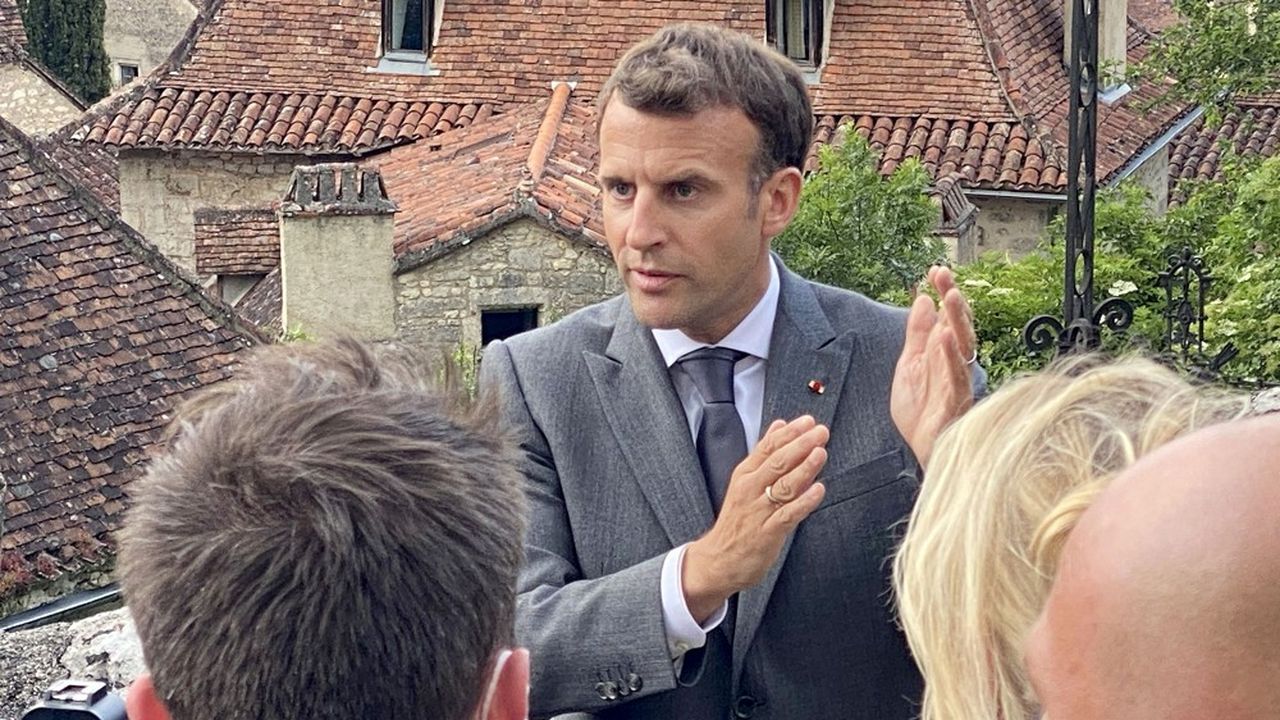