The 2021/22 UEFA Women’s Champions League will be contested with a new format accompanying a series of innovations that will open a new page in women’s football.

• A new financial model will offer more resources to reinvest in the development of women’s games, more income for the clubs involved and, for the first time, solidarity payments to first division clubs, even if they are not engaged in the competition.

• Fans of women’s football will be able to attend more matches, all visible around the world, while on the pitch, players will benefit from a new qualification regulation to allow young people to progress and to give more opportunities to locally trained talents. There will also be specific provisions to protect pregnant players and young mothers.

The future is bright, and the biggest names in women’s football are eager to get to the heart of the matter. We got to talk to some of the stars who will play in this bigger, bolder and better UEFA Women’s Champions League.

How important is the addition of a group stage to the UEFA Women’s Champions League?

Vicky Losada, Barcelona
I think the group stage had to come sooner or later. At the end of the day, that means there will be more matches. People are interested in women’s football because people watch it. What people want is a show, and I think it’s great news that the Champions League is finally having a group stage.

Magdalena Eriksson, Chelsea
(The Women’s Champions League) isn’t getting the attention it deserves, and this new format is sure to help change that. There will be a lot of attention on the group stage. You know that you will have a series of matches which will be the most contested in women’s football and involving the biggest stars. I think this is a big step in the right direction.

Lucy Bronze, Manchester City
This is what the players have wanted for a long time. This is what the clubs wanted and what is best for women’s football right now: to have more top-level teams play and more top-level matches where the best teams meet more regularly. It is important to also include lower ranked nations; they need emulation and that is an important balance between having the best teams play and making sure we don’t leave anyone behind because we want to move women’s football together.

Ewa Pajor, Wolfsburg
It’s a great idea that will allow the competition to take a step forward. The rivalry between Europe’s biggest teams in the group stage will take us to a new level. For us, the players, it is a great joy to play more matches in this unique competition.

How has women’s football evolved from when you started your career?

Vicky Losada
The differences are huge. Back then, we were training two hours late at night, and we were traveling by bus for 8 or 12 hours. We did not analyze our adversaries. This mentality simply did not exist because, since we had no means of analysis, it was impossible. There is no comparison. There was no TV coverage, no sponsors, no brands. It was impossible. (Now) we train more because we want to improve. We take more care of ourselves, we rest more, we prioritize football 100%.

Emma Hayes, Chelsea, coach
The most significant change has been the investment through clubs and national associations. I was there when everyone was an amateur, then semi-professional, and now I coach world-class athletes. I also really appreciated observing the evolution off the pitch, the increase in the broadcasting of matches and all the possibilities offered to the players so that they professionalize themselves and make this sport a chance for all.

How excited are you about the future of competition?

Magdalena Eriksson
Things are happening all over Europe, around the world, in women’s football and it’s a very exciting time for the players. It’s good to compete in a competition that everyone wants to win. There are a lot of contenders for Champions League victory.

Ewa Pajor
The competition is getting bigger every year and that’s why I’m very happy and excited to be able to participate in all of this.

Lucy Bronze
It’s amazing to see where this is going to take us. The way we change the Champions League will have a huge effect: you can already see the leagues evolving and improving. The (FIFA Women’s) World Cup will do the same and the Women’s EURO will do the same when we play it in England. The future looks bright and it’s good to know that we have the support of so many different associations to make this sport a big event and get it where it needs to be.

How important is it that the new generation can identify with star players?

Christiane Endler, Paris Saint-Germain
It’s important for me in the sense that the young people have as a model a player from Chile, who has managed to come to Europe, to play football and to live off what she loves. If it helps them keep going and make their dreams come true, I am happy to be that role model and that they identify with a Chilean from so far.

It feels good to receive these messages that I get every day that say, “I’m playing football because of you” or “I’m trying to make my dream come true because of you” – things that maybe didn’t. nothing to do with sport, but that affect you emotionally.

It’s not what you try to do while playing football, but football also brings these things to the fore.

Asisat Oshoala, Barcelona
I created a foundation that supports girls. It’s not because I don’t care about boys, but the environment and society, when it comes to sport, always supports male athletes more than female athletes, so that’s important to me . I can tell my story to these girls, advise them, talk to them and say, “Make your dreams come true, give it a try, stay focused and don’t give up.”

Fri May 14 , 2021
# JeRedécouvrelaFrance is back in service ! As a new period opens conducive to the discovery of our country, Atout France is launching on May 11 a new part of its # JeRedécouvrelaFrance campaign to invite the French to rediscover all the treasures of French destinations. Following the announcement of […] 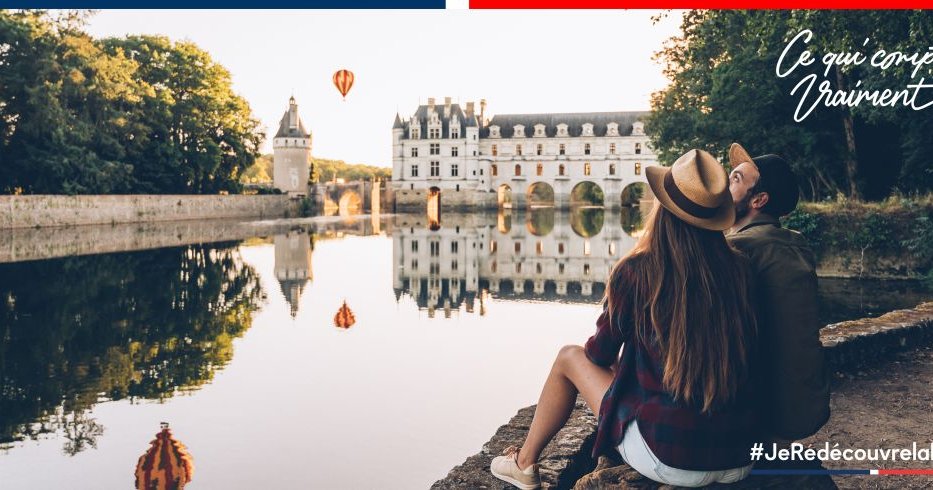