My recent retirement from the UNC-Chapel Hill faculty and two shots of vaccine have launched the chores of sorting the contents of bookshelves and file drawers for what to save and what to toss. At the bottom of a pile of books rested a dark blue soft-cover volume of more than 300 pages with the not-so-scintillating title, “The Future of North Carolina: Goals and Recommendations for the Year 2000.”

In truth, it joined proverbial government reports that sit on shelves gathering dust. Still, to read it in 2021 is to be reminded of a style of public deliberation and leadership that largely carried North Carolina through its economic and social transitions from the 20th to 21st Century.

In the spring of 1981, then-Gov. Jim Hunt appointed a 65-member Commission on the Future of North Carolina. Then-UNC President Bill Friday chaired the commission; its vice chair was Elizabeth Koontz, who subsequently became the first Black woman to lead the National Education Association. Among its members was 24-year-old Roy Cooper, now the governor.

The final report issued as a soft-cover book in 1983 resulted from a sprawling statewide enterprise. Divided into four panels — on the economy, natural resources, community, and people — the commission drew on research papers and presentations. The commission received reports from 70 county-level discussions. It took a random-sample poll, while 113,000 North Carolinians responded to a mass-distribution questionnaire.

“The quality of the educational opportunities available to North Carolinians will, to a large extent, determine the future quality of their life,” said the commission. “According to the NC 2000 questionnaire and citizen survey, good-quality education was the primary concern for the future.”

On education as well as other issues, the commission did not always see clearly what lay ahead, nor did its report lead directly to new initiatives. And yet, the commission defined issues that have persisted through the past four decades. For example, it spotlighted the need for “quality day care” — years before the creation of Smart Start in the 1990s and NC Pre-K in the early 2000s.

The commission called for stronger emphasis on job skills in high schools and community colleges. It worried that schools of education were not attracting top-flight prospective teachers. To assure access to a basic education, its report speaks of the need for “an unavoidable increase in funding for capital outlays and professional salaries” — issues before the General Assembly now in session.

The commission began its work in the wake of the 1980 elections, in which Hunt won his second term and in which Republican Ronald Reagan carried North Carolina on his way to the presidency. In his inaugural address, Reagan famously declared, “Government is not the solution to our problem, government is the problem.”

The future commission operated on an alternative, distinctly North Carolina premise: that a government-business-university partnership can drive progress. Its report ranged from generalized goals to policy-wonk analysis of looming issues for state and local government to address in an era in which “rapid growth is the order of the day” and economic change is “profound.”

While in office, Martin negotiated a major governmental initiative in raising the gas tax to build highways, including several metropolitan loops and bypasses. But Martin had no interest in pursuing his Democratic predecessor’s commission agenda — and no real response came from the legislature as well. “It died,” Friday said later, as quoted in Gary Pearce’s biography of Hunt.

Even though it fell short of the expectations of Hunt, Friday, and their colleagues as a spur to action, the future commission holds lessons in the never-ending cycle of core issues that challenge state and local democracy to respond to public aspirations and needs. The commission posed questions that remain relevant four decades later:

“How can the trade-offs between public purposes and private interests be handled?”

“In the context of increasing technical complexity, how can the government ensure the public its proper voice in decisions; how can the democratic process be fostered so that it will work in today’s world?”

Given the urgency of suppressing a pandemic and with partisan polarization starker than 40 years ago, it is unrealistic that a similar future commission would be convened today. But is it too much to ask the government-business-university partnership to focus on the future of North Carolina 2040?

Ferrel Guillory is the Director of the Program in Public Life and Professor of the Practice at the UNC Hussman School of Journalism and Media, and the Vice Chairman of EducationNC.

British country fashion is all the rage

Sun Apr 18 , 2021
It couldn’t be more British: But the trench coat has conquered the world. There are now many variants – here as a twill coat in trench coat style by s.Oliver (approx. 160 euros). © S.Oliver Many a trend is surprising – this includes the British country look in fashion. The […] 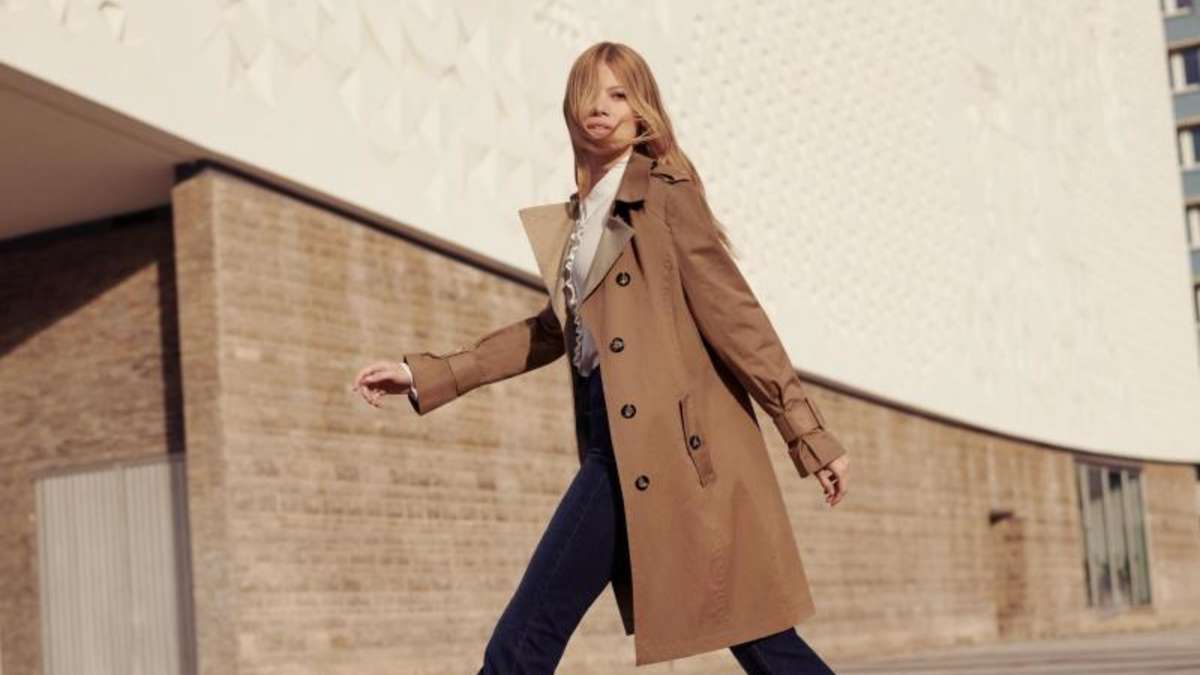