Arizona teachers could face a $5,000 penalty if they allow classroom discussions on controversial topics such as racism or fail to give equal weight to divisive topics, under provisions of a last-minute amendment that flew through the Arizona House of Representatives on Wednesday.

The changes to Senate Bill 1532 are intended to ensure students aren’t taught that their race, ethnicity or sex determines their character, Rep. Michelle Udall R-Mesa, said of the amendment she introduced.

But Democrats denounced it as an overreach into the classroom and said it was a thinly veiled attempt to stir up public discord about critical race theory and further deepen partisan divides in Arizona.

Conservative critiques have argued the approach is harmful, potentially coercing students to subscribe to certain ideologies and making them feel inferior by virtue of their race.

Gov. Doug Ducey on Thursday was noncommittal on the bill, which may get to his desk if the Senate takes up the measure. He said he doesn’t want teachers to be punished, but added the state needs to be sure the “proper lessons are learned and taught” at school.

Teachers, he said, need to stick to the curriculum.

Udall introduced the amendment on Wednesday, sparking hours of debate, almost exclusively from Democrats. By day’s end, the measure had passed the House on a party-line vote with unified Republican support and is now awaiting action by the Senate.

Udall, who chairs the House Education Committee, dismissed arguments that the bill seeks to eliminate discussion of racism in Arizona classrooms.

“We all acknowledge those things happened,” she told fellow lawmakers.

“We cannot allow children in our public schools to be taught that they are not created equal, that their skin color, ethnicity or sex somehow determines their character or actions,” she said. “No forms of racism should enter our classrooms. Biased teaching needs to be stopped.”

But Democrats said the measure could create false equivalencies.

The bill, he said, would prevent schools from acknowledging facts because they are discomforting.

House Democrats said the bill is a cut-and-paste version of legislation that has passed in Idaho and Arkansas and that is moving through the Texas Legislature.

“Don’t Texas my Arizona,” said Rep. Aaron Leiberman, D-Paradise Valley. “There is no evidence of a problem. We should stop wasting our time on culture-war issues imported from other states.”

What’s in the bill

That language is nearly identical to the wording of the Idaho legislation: “any sex, race, ethnicity, religion, color, or national origin is inherently superior or inferior.” Idaho Gov. Brad Little, a Republican, signed that bill into law last week.

Other provisions of the bill would bar discussions that would make anyone feel guilt, anguish or any psychological distress on the basis of their race, sex or ethnicity; another section would and would prohibit lessons that would make a student feel responsible for “actions committed by other members of the same race, ethnic group or sex.”

The development of lessons that seek to address racial and social inequities has been stirring debate in various Valley school districts.

In March, the Litchfield Elementary School District was on the verge of acting on lessons intended to improve lives for children of color when a board dispute broke out, sidelining the effort.

At the statehouse Wednesday, Rep. Randy Friese, D-Tucson, questioned what the threshold would be for determining if a topic is “controversial” and potentially trigger sanctions. Those would include a fine of up to $5,000, as well as responsibility for repaying any school resources used to put such a curriculum in place.

“We are overstepping our bounds into the classroom and the relationship between the teacher and their student,” Friese said.

One provision of the bill would bar schools from requiring instruction on “controversial issues of public policy or social affairs that are not essential to the course learning objectives.”

The irony of rushing through a bill that would punish teachers for their curriculum in the middle of national Teacher Appreciation Week was not lost on Rep. Judy Schwiebert,  D-Phoenix. A teacher, Schwiebert said the bill is “punitive and chilling on the art and the importance of teaching.”

Joe Thomas, president of the Arizona Education Association, a teacher’s union, called the bill overly broad and signals that teachers can’t be trusted to handle important social and political topics. If it becomes law, the bill could further erode the state’s ability to recruit and keep good teachers, he predicted.

Thomas said school boards, textbook-review committees and other community-based organizations are the rightful places to determine what curriculum is appropriate for a community.

“I don’t think anybody elected lawmakers to determine what can and cannot be discussed in our classrooms,” Thomas said.

The bill passed the Senate in February as a measure to boost bus service in Maricopa County.

In its new form, SB1532 requires a final vote in the Senate, or it could be sent to a conference committee to work out differences with the version the House passed Wednesday. The decision is up to Senate President Karen Fann.

How to Track Legal Marketing Campaign Measurement and Analytics

Thu May 13 , 2021
Previously, we covered module seven of Good2bSocial’s digital marketing certification, email marketing for law firms. This week, we’re diving into the final module of the course, law firm readership analytics. Good2bSocial’s Digital Marketing Certification provides legal marketers with a framework for understanding digital technologies in the context of marketing and […] 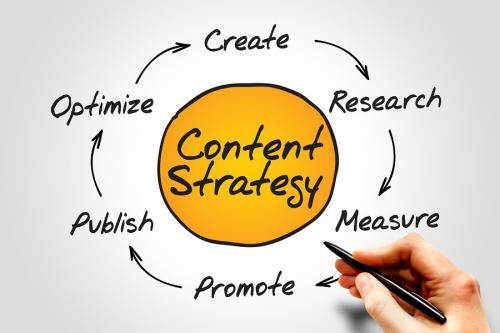