A quick read of the auto market data may suggest that hybrid cars (non-plug-in and plug-in) are now selling more than diesel-fueled vehicles. However, this is not quite the case and we explain why.

It’s not just electric cars that are on the rise right now. Even if the latter have been largely favored by government policies for some time, which is reflected in the sales figures, and even if the ones we are going to talk about in this article are a little less so, hybrids have also gained quite a bit of share. Steps. The results at the start of the year are particularly edifying. In a market up 50.1% from January to May inclusive – quite spectacular growth but logical given the lack of containment this year -, hybrid sales (plug-in and non-plug-in combined) increased by 226.3%. A markedly higher increase than that of electrics: + 65.2%. By adding the registrations of plug-in and non-plug-in hybrids, we even notice that the total (171,724) is higher than that of diesel (171,588), 136 more. Are hybrids more popular than diesel today? Not quite because are included in the figures for non-plug-in hybrids models that have hybrid only in name.

Light hybrids included in the calculation

These are light hybrids or “mild hybrid“which we have already told you about several times. A simple technology, it allows manufacturers to lower the CO2 emissions of their range at a lower cost. These vehicles are equipped with ultra-basic hybridization technology (alternator-starter) which has little or sometimes even no impact at all in terms of consumption. Our tests of the Fiat 500 Hybrid or the new Hyundai i20 have shown this recently. Nothing to do with vehicles like the Toyota Yaris Hybrid or the Renault Clio E-Tech which can run in electric mode for a few kilometers and consume really, really little.

In other words, by withdrawing the registrations of light hybrids, diesel regains its place as the second most widely distributed energy in our territory. The operation is not easy insofar as manufacturers increasingly offer several types of hybridization in their range. This is the case of the Hyundai Tucson for example, available in mild hybrid and in hybrid “quite short” (or “full hybrid“). But it is much more with models like the Ford Puma, the Fiat 500 or the Suzuki Swift, only light hybrids. By adding their sales (see top 20 below), we obtain a total of 15 338 registrations. And all the models appearing in the rest of the classification are only light hybrids, with the notable exception of the Hyundai Kona (mild hybrid and full hybrid). We have already managed to easily identify 31,748 models that are not true hybrids. The difference noted previously (136 as a reminder) is largely compensated. Diesel remains in control, but by little.

Because it is true that this trend which wants hybrids (light, full hybrid and rechargeable) are more and more popular is not about to stop. This is for the simple reason that it is becoming urgent for manufacturers to reduce their CO2 emissions in order to avoid heavy fines. Too, it’s simple, the latest innovations now offer almost all at least light hybridization. This is the case with the Renault Arkana, all the latest Hyundai models (except the i10 city car) and this is just the beginning. And this can be seen in the figures since the share of gasoline vehicles has also decreased, and not only a little (almost 7 points lost). So it’s not just diesel that are losing ground. Very quickly, non-rechargeable hybrids could thus represent the bulk of sales.

when mass tourism suffocates the environment

Fri Jun 11 , 2021
The most beautiful natural sites in France hold their breath. In the park of the Verdon, the first figures announce a gigantic domestic and foreign tourist influx. Crushed under its 5 million visitors each year, it is the entire environment that toasts. “It is still the low season but we […] 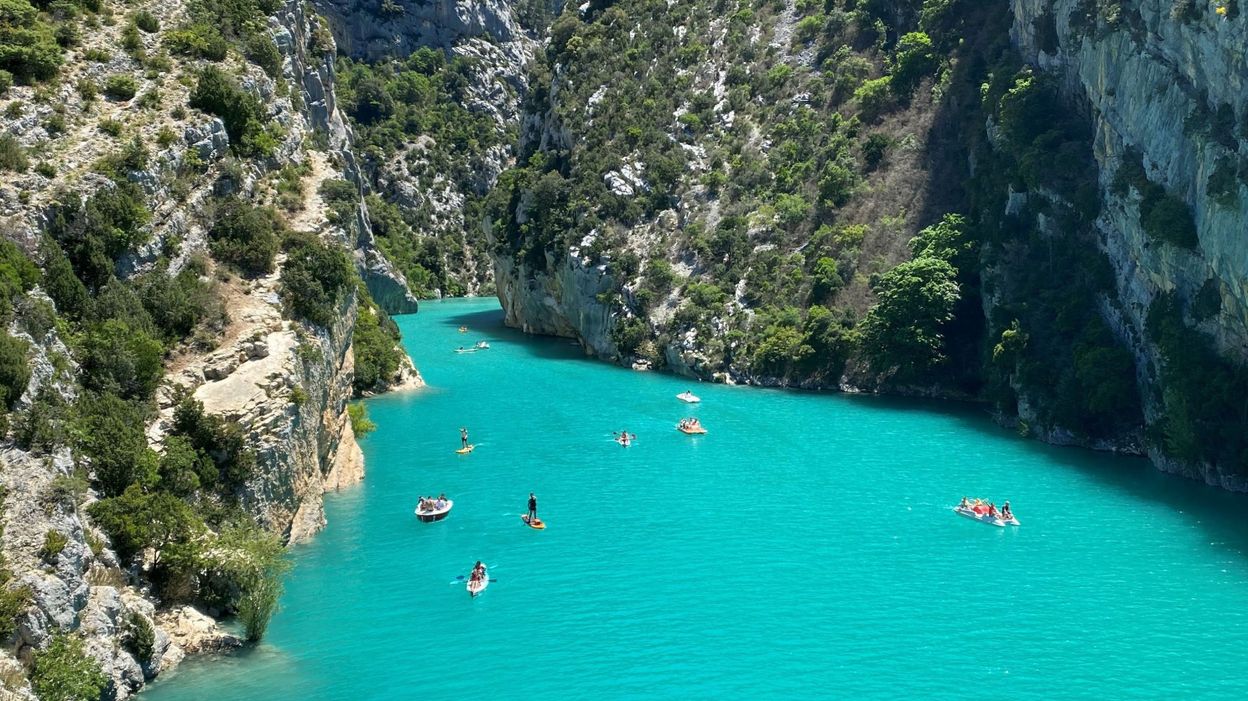