The BMW 507 is the most expensive BMW, its value is equivalent to two Mercedes 300 SL Roadsters. Why is that? There are good reasons for it.

The BMW cost exactly 1,996,250 euros 507 from the year of construction 1958, which was auctioned by RM Sothebys as part of the Retromobile in Paris. The open sports car from the 1950s is the most expensive BMW and one of the rarest. RM Sotheby’s is offering a model from 1958 at its auction on the occasion of the Retromobile. As a new car, the series was economically a failure, but as a classic car, a 507 crowns every auction today.

One reason: the number of pieces 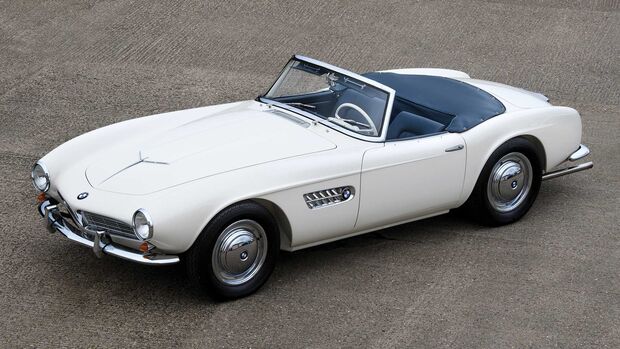 Graf Goertz drew the line of the BMW 507.

The 507, drawn by Albrecht Graf Goertz, is not only the most expensive classic series-production BMW, but also outperforms the value of a Mercedes-Benz 300 SL Roadster (W 198 II) with prices of around 2 million euros. This is not least due to the minimalist number of only 252 series copies, which were manufactured from November 1956 to March 1959. The elegant aluminum body was still built by hand. It is estimated that it took between 10 and 20 days to make a car.

Despite being tailored to US tastes, the open BMW flopped in the United States. Only 34 copies could be sold there. This small group includes the second series car offered in Paris with chassis number 70134. It was delivered by Max Hoffman through the New York company.

The first owner is said to have been a Hollywood producer. After a number of other owners, BMW collector William Young from Colorado bought the white 507 and kept it until 2013. In March 2014, the car was auctioned off by Gooding on Amelia Island via a dealer. There this 507 was sold for 1,815,000 US dollars (at that time the equivalent of 1.3 million euros).

Most expensive 507 auctioned for 4.5 million 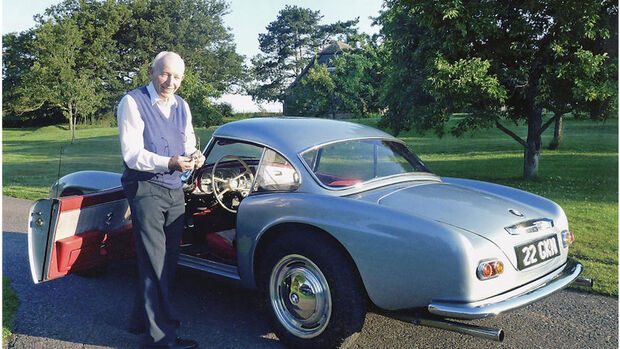 The auction record for a BMW 507 is € 4,502,795. The car from the first ownership of motorcycle and Formula 1 world champion John Surtees (1934-2017) holds the record. Surtees owned this car from the year of construction 1957 with the chassis number 70067 (registration 22 GKN) until the end of his life. It was a gift from Count Domenico Agusta. The boss of MV Agusta expressed his thanks for the first world title that Surtees had won for the Italian company in 1956. The Briton celebrated all seven world championships with machines from MV Agusta.

The Bonhams auction house sold the Surtees-507 in 2018 as part of the Goodwood Festival of Speed. A few months later, on January 18, 2019, the last 507 to be offered at auction found a new owner. At RM Sotheby’s in Arizona, a bidder for $ 2,175,000 was accepted for a copy from 1958. This auction house is now also offering the 507 in Paris. The result is eagerly awaited: Will at least the lowest limit of the estimate of 1.75 million euros be reached? In 2019, both cars did not reach the minimum bid at two different Paris auctions as part of the retro mobile and were not sold. 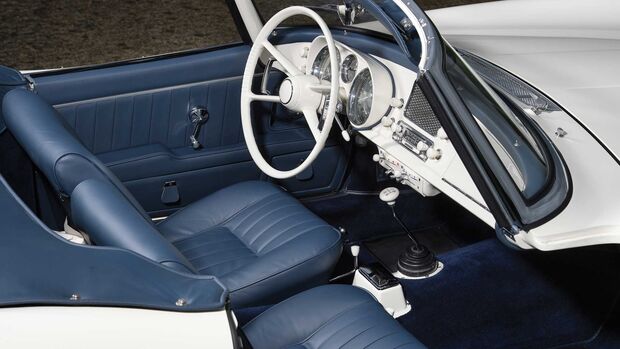 Open cars made up around a fifth of the market in the USA at the time.

The level of the sales price determined the fate of the series from the very beginning, i.e. since the mid-1950s. US importer Maxi Hoffman had campaigned for the construction of the open sports car in Munich. At the dealer presentation in the Waldorf-Astoria Hotel in New York, he is said to have been so enthusiastic about the result that he wanted to order 5,000 copies. But the purchase price he offered of the equivalent of 12,000 marks was far too low for BMW: “The price dictated by Hoffman would not even have covered the cost,” wrote Hans-Peter Rosellen (ie Hanns-Peter Baron Thyssen-Bornemissza) in his book “The White-Blue Miracle”. The US wholesaler withdrew from its offer and in Munich the expected number of items had to be drastically reduced. As a sales price in the USA, BMW finally asked for 8,988 US dollars. Given the cheaper US competition with the Ford Thunderbird (US $ 3,500) or the Chevrolet Corvette (around US $ 4,000), the German sports car had no chance from the start.

There was even radio silence between the manufacturer and Hoffman at times. “The Viennese BMW importer and BMW 700 co-creator Wolfgang Denzel even claimed in 1959 that BMW had withdrawn its representation from Hoffman”, writes Eberhard Kittler in his book about the BMW series 503 and 507. “Up to 50 individual importers now purchased BMW Car from Munich! ”But why was Maxi Hoffman initially interested in the Bavarian open-top sports car when he had already achieved great sales success with the Mercedes 300 SL Gullwing?

The car dealer, which specializes in European cars, was familiar with the American preference for open-top cars, which at the time made up around a fifth of the car market. He had also wanted an open sports car from Mercedes. However, as is well known, a closed coupé was initially built from 1954. This is probably why the active importer turned to BMW. But he didn’t like the shape of the prototype for an open two-seater by Ernst Loof (Veritas) based on BMW. So the importer made contact with Albrecht Graf Goertz himself, who ultimately created the slim, dynamic shape.

As expensive as a house in Germany 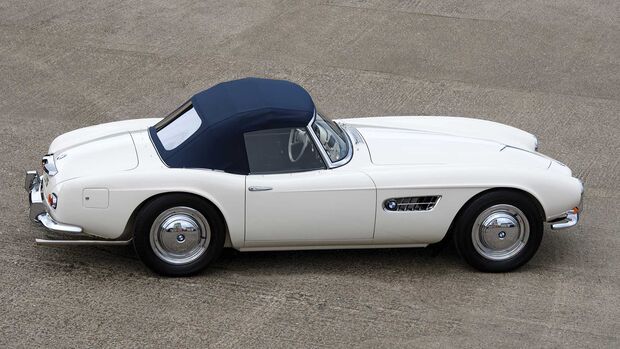 The new price of the 507 in Germany was the equivalent of a single-family home.

After the first presentation for US dealers in July 1955 in New York, the public presentation of the 507 at the IAA in Frankfurt followed two months later: AUTO MOTOR UND SPORT called the 507 “undoubtedly the showpiece of the whole exhibition”. And further: “The 507 touring sports car is a poem in itself, with which BMW undoubtedly achieved a great success.” Many media celebrated the new BMW. Nevertheless, the 507 found far too few buyers, as the number of units shows. Although its price in Germany was 29,500 marks below that of the 300 SL. But even a 507 was as expensive as a single family home.

Measured against the Mercedes 300 SL, the 507 was technically unspectacular: the aluminum V8 with carburettors developed 150 hp, according to the factory. Mercedes, on the other hand, shone with a 215 hp, innovative injection engine with better torque. Although the BMW was 90 kilograms lighter, it had a poorer power-to-weight ratio. In the driving performance comparison of the MOTOR REVUE in early 1958, the 507 lost a lot. For example, it was left behind in a one-kilometer duel with a standing start and took 3.3 seconds longer than the 300 SL Roadster (11.1: 8.8 seconds) to sprint from zero to 100 km / h. With the gear ratio used in the test car, it missed the 200 km / h barrier (196.5 km / h). 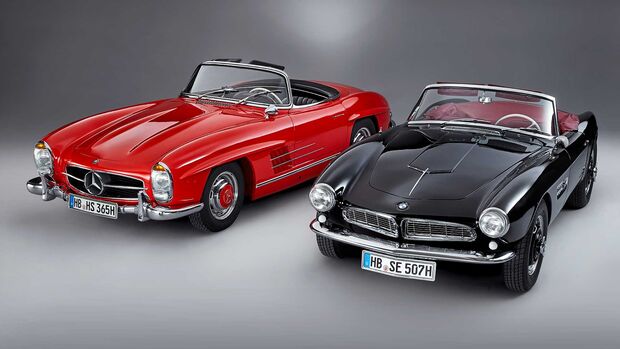 Compared to the Mercedes 300 SL, the BMW 507 is designed to be more comfortable.

Compared to the sports car from Stuttgart, the chassis of the 507 is designed more for comfort. “The BMW is a cultivated cruiser”, is how 507 owner Heiko Seekamp describes the character of the sports car in the 2/2020 issue of MOTOR KLASSIK. But the truth is also that BMW caused a stir with its competitor Mercedes when the open-top V8 sports car was presented at the IAA: “You see some Mercedes men here more often than in the Mercedes hall,” reported AUTO MOTOR UND SPORT in 1955 .

But who knows: if US importer Hoffman had got his 5,000 copies at the desired purchase price back in the 1950s, the 507 might have long since been forgotten. But as a rare classic, it is still in the spotlight

A BMW 507 is real garage gold. Today, the open two-seater is primarily due to its timeless design – and the prospect of a good investment thanks to the low number of units. The result of the auction in Paris shows that interested parties will still have to invest around two million euros to get one of the rare 507s.

Mon Aug 10 , 2020
If the hammer falls here, it gets really expensive: Ferrari from the 1960s, preferably with racing history and a famous previous owner. But there are record classic cars that do not come from Maranello. The list of the most expensive cars auctioned up to now is headed by a Ferrari […] 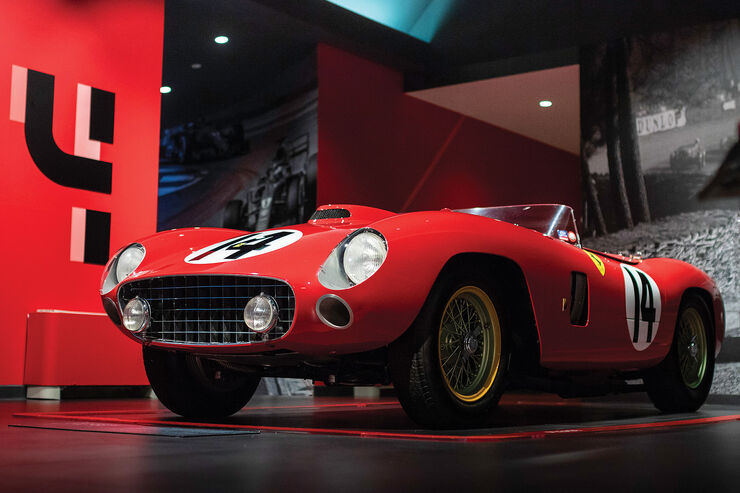