The famous NFL, the American football championship, resumes its rights on September 9. The sport is only very popular in the United States, however, and is not so popular in the rest of the world. Gilles Goetghebuer is interested in this phenomenon and offers a rather explosive mood ticket.

American culture influences the whole world in a wide variety of fields: music, cinema, fast food and even TV series. However, sport still and always resists the invader.

Indeed, this September 9 is a day awaited by all sports fans in Uncle Sam’s country with the launch of the 102nd season of the American football championship. The Buccaneers, outgoing NFL champions, meet the Dallas Cowboys at their stadium in Tampa Bay, Florida. However, the event does not mobilize, as usual, little interest on the old continent.

For Gilles Goetghebuer, magazine editor Zatopek and Sport & Life, if the event does not raise crowds in the rest of the world, it is partly because of the championship complexity.

This is divided into conferences, which themselves contain divisions. The schedule of matches does not even respect any logic: they try every week to have a big shock to maintain the passion of the supporters, points out the sports columnist. “It was therefore necessary to make a calendar making it possible to supply shocking images to all the televisions”.

Another reason that could justify this lack of interest from the rest of the world: the first 17 days of the championship have in reality not much importance to the point that some supporters at the exit of the stadium already do not remember the score. It is rather about gala matches. They allow you to select the teams that will then play the knockout matches until the final, called the Superbowl, but those that remain on the floor are often always the same.

This way of consuming sport is totally different in Europe and in the rest of the world. Take football, the most popular sport in every sense of the word: the public experiences meetings with great fervor to the point of sometimes succumbing to hooliganism.

In the United States, this phenomenon of extreme passion is almost nonexistent ensures Gilles Goetghebuer. Sport is consumed like a great Hollywood movie: it takes spectacle.

The war live on the ground

So why are Americans culturally attached to this low-stakes sport at the start of a new season?

A second round takes place in the championship which really gives rise to clashes typical of a war scene. The creativity, which makes all the beauty of football or tennis, is not the watchword to triumph over your opponent in American football. Louder still “many do not touch the ball” declared Gilles Goetghebuer.

The editor-in-chief of Zatopek and of Sport & Life recalls in this regard an interview with the French Richard Tardits, one of the few Europeans to have a successful career in this sport in the United States. He had asked the former New England Patriots player how many times he had touched the ball in his eight-year career. His answer ? Twice ! “For him his job was to fight : it’s a confrontational sport, a team combat sport, with an intensity that fascinates supporters “ relates the chronicler. In 2012, we would even have discovered that clubs had established a system of bonuses, not only to register a touchdown but to injure the opponent.

A sport that was too violent in its early days

American football’s analogy with war is actually not that trivial advance Gilles Goetghebuer. This sport draws in part its origin in military tactics. Lorin Deland, a senior officer of the American army, who has never played football, had thought of an infallible system for the Harvard team in 1890, directly inspired by the Napoleonic campaigns.

In summary, the team had been divided into two separate battalions on the flanks. The opponent who received the ball in the middle of the field was caught in a pincer movement.

This strategy was eventually adopted by all the other teams and resulted in a large number of tragic accidents. Just during the championship of 1905, we deplore 15 dead and 159 seriously injured so much so that the President of the United States, Theodore Roosevelt, put an end to the carnage: either football is reformed or it abolishes it.

The rules have therefore been partly amended. For example, we have authorized the go forward, which created a definitive schism with its neighboring sport, rugby, but which also gave a more spectacular appearance to the matches.

We have also strengthened equipment : from burlap suits with cotton padding at the end of the 19th century, we switched to thicker protections distributed over the whole body. Helmets first appeared in 1896. At first derided, they quickly established themselves at the turn of the 20th century but did not reduce accidents. In question, helmets are rather used as weapons to inflict wounds on the adversary.

In 1939, it becomes compulsory and is used as a ram. Even today, this sport leads to many injuries.

Find the sports stories of Gilles Goetghebuer, and many other chronicles in The 6-8 during the week on La Une.

Receive every Friday morning the events, contests and the Vivacity news.

OK Do not show again ×

Thu Sep 16 , 2021
The Noodle Exchange Over at the Morocco pavilion, Tangerine Cafe: Flavors of the Medina reopened for the festival as a new festival booth and this brought me my new favorite sweet treat: the Pistachio Cake. The Pistachio Cake is filled with cinnamon pastry cream and candied walnuts. The cake is […] 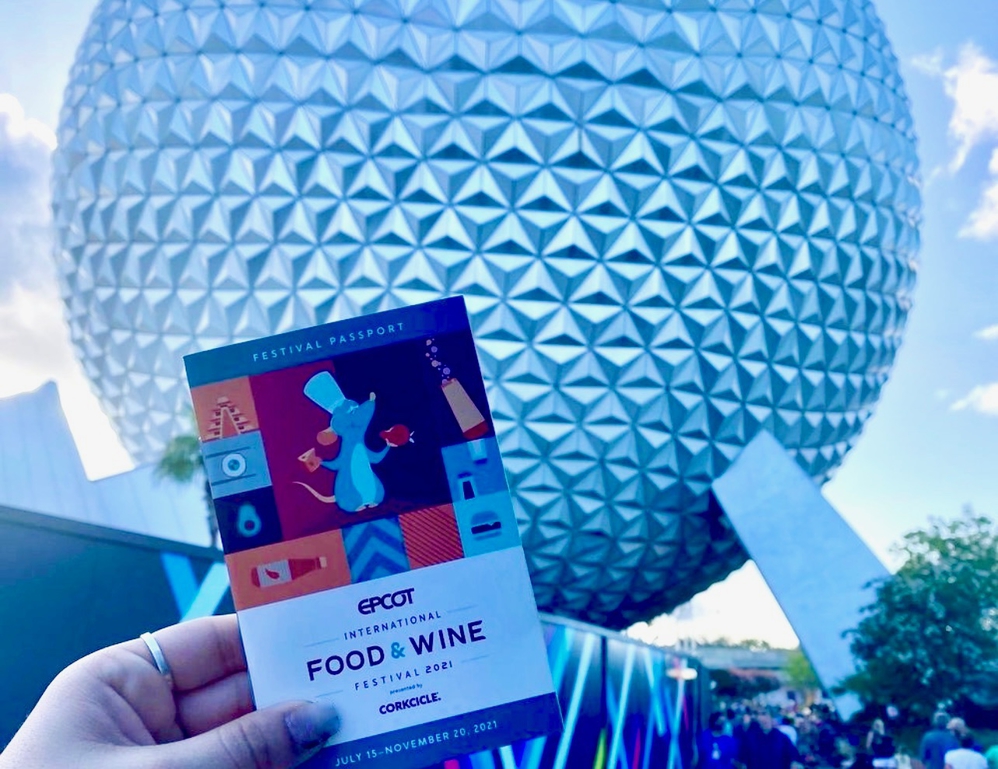