With COVID-19 cases once again surging and vaccination rates lagging in many parts of the state, Washington Gov. Jay Inslee on Monday ordered most state employees, as well as workers in private health care, long-term care and congregate settings to get fully vaccinated by October 18 as a condition of employment.

Unlike some other states, the order does not permit employees to opt for regular COVID-19 testing in lieu of getting vaccinated. Inslee’s office said a testing regime would be costly and not effective.

Inslee announced the new requirement at a news conference at Kaiser Permanente in Seattle. He was joined by Seattle Mayor Jenny Durkan and King County Executive Dow Constantine who were also scheduled to announce similar vaccine mandates for their employees, according to the governor’s office.

“We have essentially what is a new virus at our throats, a new virus that is twice as transmittable and is causing an explosion of this dread disease in the state of Washington,” Inslee said during the outdoor news conference. He added that COVID-19 is now “a disease of those who have not been vaccinated.”

Inslee’s order is among the most sweeping and stringent in the nation and largely mirrors the requirements imposed in recent weeks in California. Other states with vaccine mandates include New York, Virginia and Hawaii. Last week, Oregon Gov. Kate Brown ordered health care workers to submit to weekly COVID-19 testing starting September 30, unless they show proof of vaccination.

The U.S. Department of Veterans Affairs and many private employers, including Microsoft, have issued vaccine mandates. The Pentagon is also expected to issue similar requirements for military personnel.

At the same time, at least nine states have enacted bans on vaccine mandates, according to NPR.

The Washington state order still leaves untouched wide swaths of the public sector, including those employed by public schools, state colleges and universities, the judicial and legislative branches of government and people employed by separately elected statewide officials like the state treasurer and attorney general. Inslee, though, is “strongly encouraging,” those entities to also require vaccines, according to his office.

Shortly after the announcement, state Insurance Commissioner Mike Kreidler announced his office would require its employees to get vaccinated.

In a joint statement, the Democratic leaders of the House and Senate praised Inslee’s order and said they would consider additional COVID-19 safety measures as the 2022 legislative session approaches.

Already, several public and private colleges and universities in Washington have said they will require returning students, staff and faculty to be vaccinated.

Inslee, a Democrat, had previously hinted that a vaccine mandate for state employees was likely. But he had not telegraphed his intent to extend the requirement to private sector health care employees.

“The governor should show humility, listen to those who have concerns about the vaccine, and look to provide other options — including incentives,” wrote House Republican Leader J.T. Wilcox and Senate Republican Leader John Braun, both of whom say they are vaccinated.

The move to require vaccinations comes before the U.S. Food and Drug Administration (FDA) has given final approval to any of the three COVID-19 vaccines – Johnson & Johnson, Moderna and Pfizer – although Pfizer could get that final authorization next month, according to news reports. For now, the three vaccines are being administered through what the FDA calls emergency use authorization.

Nonetheless, in recent weeks Inslee has sounded the alarm about rising case counts and hospitalizations as the state enters what he’s called a “fifth wave” of the virus and the more contagious delta variant takes hold.

As of August 3, the Washington Department of Health (DOH) said an average of 1,500 new COVID-19 cases were being reported per day, a dramatic jump from the roughly 350 cases per day in late June and early July. Additionally, DOH reports that COVID-19 transmission has driven hospital occupancy rates to their highest levels yet this year.

“The threat of COVID-19 is evolving as new more easily transmitted and aggressive variants become prevalent in our state,” said a Frequently Asked Questions (FAQ) document released by Inslee’s office. “This safety measure is equally important to fight the spread of COVID generally and statewide because it will help to protect the communities in which we live and interact before and after our state work hours.”

So far about 70 percent of people 12 and older in Washington have received at least one vaccine dose, according to DOH. But in several counties, especially east of the Cascades, vaccination rates are still below 50 percent, in some cases well below.

Many state employees and health care workers have also resisted getting vaccinated.

For instance, more than a third of workers at the state’s two psychiatric hospitals, Western State and Eastern State, remain unvaccinated as do more than half the staff at the Rainier School for people with developmental disabilities in Pierce County, according to data from the Department of Social and Health Services. Those totals do not include staff who got vaccinated in the community.

Similarly, the Washington Department of Corrections has administered vaccines to just 40 percent of its staff. Of the 60 percent who haven’t been vaccinated through the agency, some may have gotten the vaccine in the community.

Meanwhile, the Washington State Department of Veterans Affairs reports that since July 21, 10 residents and six staff at the Spokane Veterans Home – where just 43 percent of the staff are vaccinated — have tested positive. One resident died after receiving a positive diagnosis and being hospitalized.

On Monday, Inslee’s office said approximately 60,000 state employees would be covered by the vaccine mandate. Another 400,000 or so health care workers are also subject to the order. But it was not immediately clear what percentage of those workers have already been vaccinated or by how much Inslee’s order will boost the statewide vaccination rate.

Inslee’s office said he had the authority to issue a broad vaccine mandate under the state’s current COVID-19 state of emergency.

For state employees, the mandate applies regardless of whether a worker is back at the office or still working from home. Also, proof of vaccination is required, not simply a personal attestation to having gotten vaccinated. Workers can request a “reasonable accommodation” exemption for religious or medical reasons.

State workers who don’t comply with the mandate will face termination, according to Inslee’s office.

Prior to Inslee’s announcement, Teamsters Local 117, whose approximately 10,000 public sector members include workers at the Department of Corrections, said any vaccine mandate must be subject to union bargaining.

“Teamsters 117 recognizes the public health emergency that COVID presents to our members and is committed to an approach that protects workers’ health and the rights of our members in the workplace, a statement from the union said.

Separately, the Washington Federation of State Employees (WFSE) also indicated in a statement that the implementation of the vaccine mandate would be subject to bargaining between the union and the state.

“Just as we have done over the past 18 months, our union will continue to advocate safe working conditions. WFSE members will bargain the impacts of any vaccine mandate policies to ensure that public service heroes of this pandemic are treated fairly,” the statement read in part.

The FAQ document released by Inslee’s office said that his administration had engaged with labor unions and others in developing the vaccine mandate.

“Employers value their relationships with labor organizations and will discuss the impacts of this directive as requested,” the FAQ said.

While Inslee’s action is sweeping and likely to generate some pushback, vaccine mandates are not unprecedented in Washington. For instance, students are required to be vaccinated against measles, mumps and rubella to attend school. In 2019, following two measles outbreaks in the state, the Legislature removed the ability for families to opt out based on a personal or philosophical objection.

On Monday, Inslee did not reinstate a mask mandate. However, he left open the possibility that he might do so in the future if COVID-19 case counts continue to rise. Inslee has urged Washington residents to follow Centers for Disease Control and Prevention guidance to mask-up in indoor, public places in areas where disease transmission is substantial or high, which is most areas in Washington.

This story has been updated.

Sat Aug 14 , 2021
Sarah Lempa graduated with a marketing degree in 2018 owing $35,000 in student loans. She took off to Vietnam, where she scaled up business as a writer and media strategist in months. The business then made $41,000 in a year. She explains how she did it. After graduating with a […] 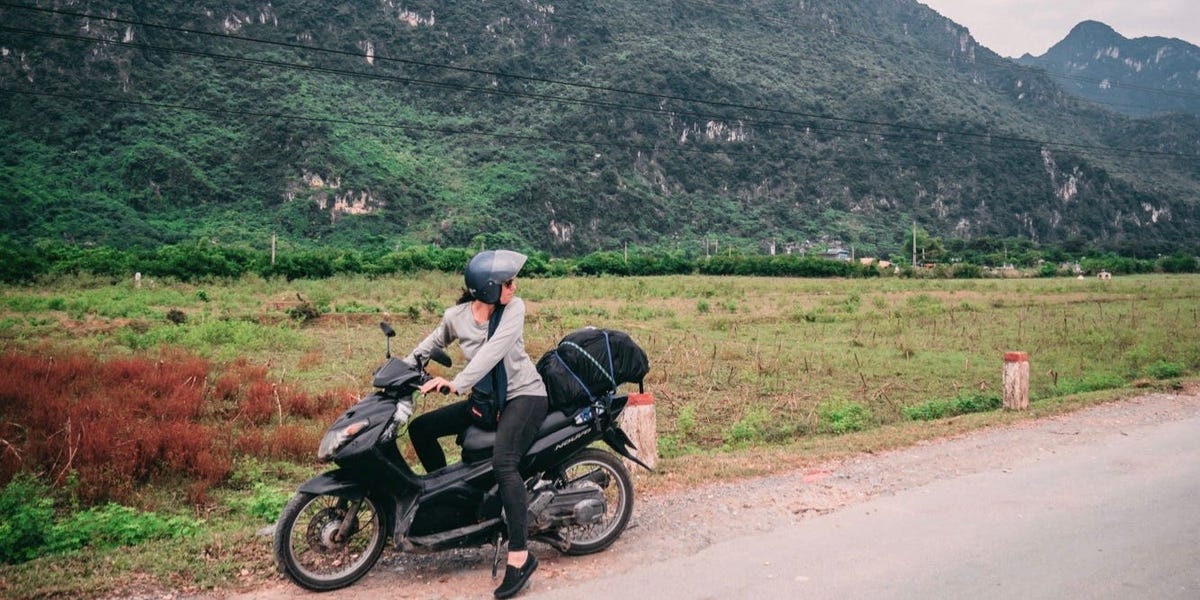