Reserved for our subscribers

InvestigationPrioritizing the fight against terrorism to the reconstruction of the country, the United States has increased its strategy changes since 2001. They will leave Afghan soil at the beginning of July without having won the longest war in their history, leaving the Taliban in a position of strength.

On top of a hill, Kabul’s Bala Hissar, a historic fortress of Afghan power, overlooks the capital, which seems to extend to the mountains. Its ruins sum up the fate of a country unlike any other, jealous of its independence, and toy, at all times, of external powers. In this month of May, the restoration works of the citadel and the archaeological mission in progress unearth, every day, vestiges of the time of the Persian, Mughal or British invaders. There are also graffiti, left by Soviet soldiers between 1979 and 1989, and the carcasses of tanks dating from a civil war, between 1992 and 1996, which saw the Taliban take power in Kabul.

Below, a vast militarized enclosure guarded by the Afghan army testifies to an American presence which is coming to an end, twenty years after the fall of a Taliban regime guilty of having hosted Al-Qaida. President Joe Biden has pledged a full troop withdrawal no later than September 11. In fact, at the beginning of July, it will all be over. The Taliban in search of revenge will have a clear field, even if they swear to want to continue the inter-Afghan peace process opened on September 12, 2020, in Doha. In the meantime, they are regaining, district by district, by dint of deadly fighting against the regular army, a country in which they already control more than a third of the territory.

The American departure opens a new chapter in the history of Afghanistan, filled with uncertainty and an immense sense of waste.

In Kabul, in his office as Chief of the Afghan Executive, a position he has been cumulating since 2020 with that of President of the High Council for National Reconciliation in charge of peace talks with the Taliban, Abdullah Abdullah regrets these “Missed opportunities to achieve peace”. For the past twenty years, he has spent them at the forefront of power. He was already foreign minister in the interim government, appointed following the Bonn agreements in December 2001, which were supposed to define the country’s new political foundations.

“After the fall of the Taliban regime, the population was sincerely filled with hope and open to the changes brought about by the American intervention”, he said to World. Even if, in 2002, Mullah Omar, head of the Taliban, still declared, in an interview with the Saudi daily Asharq Al-Awsat, than ” the battle [venait] barely started, his flame [avait] been revived and it will reduce the White House to ashes ”, predicting “Fire, hell and utter defeat for the United States”.

You have 86.84% of this article to read. The rest is for subscribers only.

Tourism Interface study - Local and responsible tourism: What do the French think?

Tue Jun 1 , 2021
This month, Interface Tourism Insights goes green and analyzes, thanks to its tourism data platform ETIM (European Traveler Intelligence Monitor), French trends in local and responsible tourism: what is the position of the French vis-à-vis responsible tourism ? How is it reflected in their travel habits and how has it […] 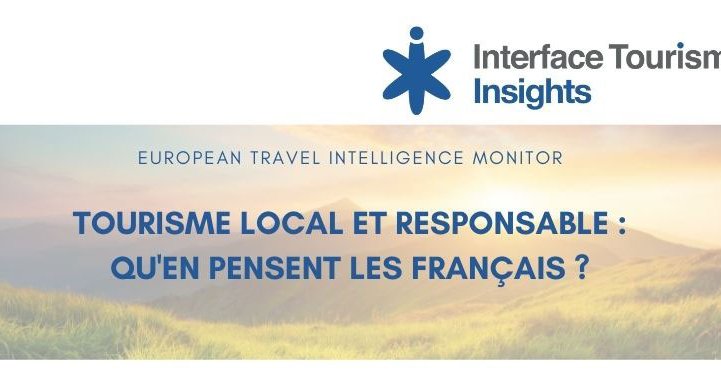