2020 was an extraordinary year, including in video games. The industry, which is expected to reach $ 160 billion in sales worldwide this year, according to forecasts reported by TechCrunch, took full advantage of the coronavirus pandemic. People locked in their homes have played overwhelmingly titles like “Animal Crossing” in the spring, or “Among Us” and the latest “Call of Duty” in recent months.

There are also many who have watched other people play. The Twitch platform broke a record in November, with 1.7 billion hours viewed during the month, according to Geekwire. An interest partly reinforced by the release of the new consoles from Sony and Microsoft, the PlayStation 5 and the Xbox Series X / S. If their first weeks on the market were marked by shortages and limited availability, the year 2021 should see more and more players adopting these new machines, especially as their catalog will greatly expand.

To prepare for 2021, Business Insider France has compiled a list of the most anticipated games for the next twelve months. Since most of them don’t have a release date yet, we’ve listed them alphabetically. Be careful, some titles may be postponed and come out in 2022, or even later.

The new game from Lyon studio Arkane will be released on May 21 on PC and PlayStation 5 as a temporary exclusive. This FPS (first person shooter) takes the player into a time loop from which they can only get out by killing eight assassins in one day. The title was noticed when it was presented during the PlayStation Showcase last June.

The collaboration between Hidetaka Miyazaki, to whom we owe “Demon’s Souls” and the “Dark Souls” series, and George RR Martin, the author of “Game of Thrones”, won the award for the most anticipated game of the world. year ahead at the recent The Game Awards. Little information has been released about the game other than that it will be an open world action role-playing game set in a heroic fantasy universe with many dungeons to play. to explore.

Ubisoft’s famous FPS franchise is back. After an episode 5 located in the American state of Montana, this new opus finds the tropical landscapes which made the notoriety of the franchise. “Far Cry 6” takes place on a Caribbean island ruled by a dictator played by actor Giancarlo Esposito. You can choose to play a woman or a man who fights with the rebels to overthrow the regime in place. Originally scheduled for February, the game is being pushed back to an as yet unknown date due to the pandemic.

Announced as a temporary exclusive on the new PlayStation, the next installment of Square Enix’s RPG franchise – one of the most important in video game history – will transport you to the world of Valisthéa, a territory shared between six nations that have acquired their power thanks to many crystals. This balance will be called into question by the arrival of a “great scourge”.

The sequel to ‘God of War’

After successfully relaunching the franchise in 2018, Sony is preparing a new installment of “God of War” for the next generation of PlayStation. This new game will always be inspired by Nordic mythology and in particular the myth of Ragnarok, the prophecy on the end of the world and the death of the Gods.

After the four games in the “Arkham” series, Warner Bros. Interactive returns to Batman City for a new action-RPG title. This time, the masked vigilante will not appear since Bruce Wayne is presumed dead. Players will have to play as Robin, Batgril, Nightwing or even Red Hood to fight crime in a city of Gotham that they can visit freely, since it will also be an open world.

The new evolution of the famous racing game for the new generation of PlayStation is inevitably eagerly awaited. The first images unveiled by Sony this year suggest an ever more realistic simulation, thanks to the more advanced graphics that the PS5 allows.

The flagship Xbox franchise has not seen a new game since “Halo 5” in 2015. In other words, fans are impatient. Originally scheduled for November 2020, it has been delayed for a whole year due to the pandemic. This will be the first game designed for the new generation of Xbox, still with the same first person game mechanics.

See you on January 20 for the first big release of 2021. In this new episode of the “Hitman” franchise, which the publisher IO Interactive rebooted in 2016, the player will still have to play the Agent 47 in several missions. assassination across the world, in places like Dubai, the English countryside, or the Chinese city of Chongqing.

The Harry Potter saga is no exception to the fashion of open-world video games. In development for several years, the title promises an immersion in Hogwarts at the end of the 19th century, that is to say before the birth of most of the famous characters of the franchise. In addition to the school of witchcraft, players can visit the village of Hogsmeade or the Forbidden Forest.

With 10 million copies sold, the first “Horizon” game has established itself as the most popular non-game from an existing franchise on PlayStation 4. It is therefore not surprising to see Guerilla Games preparing a sequel, which will be available on both console generations. In “Forbidden West”, you still play as the warrior Aloy, in a post-apocalyptic world populated by robotic monsters. This time, the action takes place in the West of the United States.

‘Lord of the Rings: Gollum’

While the “Lord of the Rings” is set to be reborn as a series on Amazon Prime Video in 2021 or 2022, the video game arm of Warner Bros. is working on a return of Middle-earth to consoles, in the form of an infiltration game, about which we still know little, except that the player plays Gollum, like his title indicates it.

While the release of the film “Monster Hunter” at the end of the year is greatly disrupted by the closure of cinemas in most countries, the franchise will be able to bounce back with this new opus scheduled exclusively for Nintendo Switch on March 26. It will always be about hunting and capturing monsters in different environments.

The two characters are back, after the first remake “Ratchet & Clank” released in 2016. In this new opus designed for the new generation of PlayStation, players will be able to travel through space and dimensions.

The tenth game in the famous zombie franchise – first on the new generation of consoles – takes place a few years after “Resident Evil 7” with the same protagonist, Ethan Winters, who leads a normal life after reuniting with his wife. A calm which should therefore be short-lived.

The universe of “League of Legends” expands with the very first Riot Games game scheduled for consoles. Set in the same universe as the hugely popular multiplayer game, this turn-based combat RPG will try to win over the many “LoL” fans and expand the franchise beyond.

‘The Legend of Zelda: Breath of the Wild 2’

Announced since June 2019, the direct sequel to “Breath of the Wild” – still considered the best Switch game since its launch in 2017 – is inevitably awaited by Nintendo fans who want to immerse themselves in the rich and varied universe of this open world Zelda. We hope that this new opus can be the spearhead of a new Nintendo Switch 4K, which could be released in 2021 according to rumors.

Fri Dec 25 , 2020
Kinshasa16-12-2020Economy – Considered the 3rd economic sector in the world, tourism is currently one of the world’s service industries and a powerful generator of wealth and employment. The Head of State Félix Tshisekedi launched a call for the creation of conditions conducive to the development of the tourism sector in […] 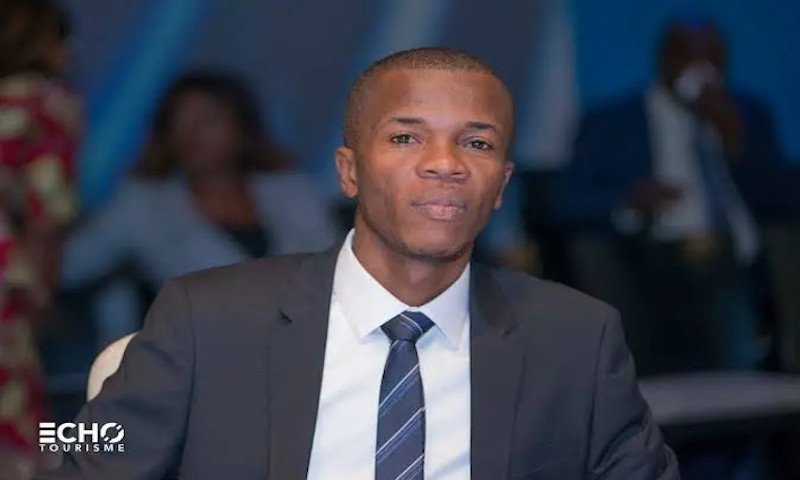