BerlinRight next to the entrance portal to the tunnel that connects the Großer Tiergarten on Straße des 17. Juni with the Victory Column, one can observe again and again how runners can hardly wait to look at their cell phones. Unlike most pedestrians, cyclists or other joggers who find this nervous place to be a transit point, it is the place of truth for a growing community. Here runners who have installed the “ParkRunning” app on their mobile phone can find out whether the shape curve is rising or falling, and whether they have improved or worsened compared to the last time.

This tool is a Berlin development that is limited to the essentials. The app simply reveals how long a runner needs to cover a precisely measured distance of 2.5 kilometers twice. Small signs with two red arrows showing the way guide the athletes through the paths of this part of the zoo – parallel to Straße des 17. Juni over the large Querallee and then back towards the Großer Stern.

“Running a marathon or other event is not for everyone. We wanted to create a way to take part in a competition without great effort and over a reasonable distance, ”says Gerhard Janetzky, 70, the brain behind this app, which is free thanks to sponsors. Even during his time as President of the Berlin Athletics Association, it was particularly important to him to develop new formats for Berlin runners. The app fits in with his ambitions to get the capital city moving. The association Unser Lauf eV is responsible for

12,000 runners have registered since the app was launched two years ago. It all started with a route in Steinbergpark in Reinickendorf. A gem that, due to its decentralized location, only attracts a limited number of runners. However, this already showed that this model works technically. In 2019, the sensors were installed in the zoo, which send data to the cell phone via Bluetooth. In the coming week, or at least in a few days, the route on Tempelhofer Feld, near the entrance to Tempelhofer Damm, will be released as a further development step.

And more running spots are already being planned: With announced projects in Treptower Park, Wuhlheide and Volkspark Friedrichshain, runners in the eastern districts of this city should also be able to compete with themselves or others. “This concept has proven itself especially in times of the Corona,” says Janetzky proudly. “Despite the contact restrictions, you could always measure yourself against others or check your own progress.” And no route has to be blocked off.

The idea of ​​competition is truly just one facet of running. Experiencing nature, coping with stress, reducing weight or improving your endurance are also responsible for the running boom that has hit the capital. And the proportion of those who rely on the support of apps, running watches and other electronic aids is growing. A trend that Ingo Froböse questions critically. The professor for prevention and rehabilitation in sport at the German Sport University Cologne is one of Germany’s most renowned running scientists. He says: “There is a great danger that more and more people are handing over skills to tools that do tasks for them.”

Unlike top athletes who specialize in training themselves to be in top form at the climax of a season, where electronic measuring devices are indispensable, many runners first have to get to know their bodies properly. In Froböse’s experience, in recent years it has become out of fashion for many beginners to slowly approach the right rhythm by noticing what signals the body is sending out. “Instead, you hide behind some values ​​that the app spits out.”

Man is designed to fight for praise and recognition. And for beginners in particular, this form of feedback is often crucial in order to put away one or two setbacks that pretty much everyone who has set in motion after a period of restraint in sport has already experienced. “But there is also considerable potential for addiction if I keep being told: Wow, what am I great,” says Froböse. “Because my cell phone shouldn’t tell me what’s good for me, but my own body.”

For Gerhard Janetzky, the health aspect is also in the foreground. The “ParkRunning” app is intended to encourage and encourage, but of course it’s primarily about feeling comfortable in the right environment while doing sports. That was also the idea when, during his tenure as Berlin President of Athletics, he ensured that the number of street and fun runs increased bit by bit. He bought the 25 kilometers from Berlin. And he developed events such as the “Asics Grand 10” with start and finish at Charlottenburg Palace, the zoo run in Friedrichsfelde, the airport run in Schönefeld or the IGA run at the time of the international garden exhibition. As very real experiences with a high entertainment factor. Results that a tool spits out are of secondary importance with such formats.

The “ParkRunning” app also aims to increase the desire to run. Most athletes can hardly wait to control their time after their laps. Any distraction in the form of supposedly meaningful body values ​​is absent with this application. An exception, because the market is literally flooded with such products and has shown explosive growth spurts in recent years. Although this not only includes products that are used in sports, but also smartwatches that are increasingly replacing the classic watch.

With regard to running apps and sports-related electronic aids, sports scientist Froböse warns against attaching too much importance to the data anyway. “Above all, what is measured is what the technology is capable of,” he points out. “Many providers leave the athletes in the dark about how a training recommendation was made.” In addition to the usual parameters such as heart rate or blood pressure, Froböse would find it desirable to be informed about body temperature, for example, in order to avoid overheating. Or that the device warns of dehydration. In a recent study, Stiftung Warentest complained that many devices output real “fantasy values”. In one extreme case, a fitness bracelet measured a maximum heart rate of 104 on a jogging tester – instead of the actual value of 181.

The “ParkRunning” app is immune from this accusation. The times the cell phone spits out are real. However, this does not always ensure that the runners look happy after their laps. If the five kilometers took you longer than you had the impression on the way, there are not even virtual pats on the back that boast of getting your pulse racing. 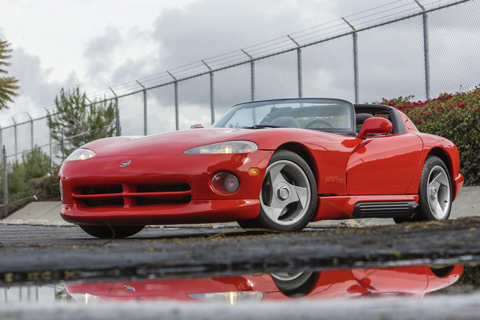