A unique piece by the Brücke artist Otto Mueller was sold at “Bares für Rares” for 30,500 euros. The picture was taken on Fehmarn and achieved the highest sales price for pictures in the history of the ZDF television show.

Fehmarn – At the ZDF television show “Bares for Rares”, a unique piece by Brücke artist Otto Mueller achieved the record sum of 30,500 euros.

It is the most expensive picture and, overall, the third highest sales price to date that has been achieved at ‘Bares für Rares’.

“It is the most expensive picture and overall the third-highest sales price to date that has been achieved with ‘Bares für Rares'”, said Stefan Unglaube from ZDF on Wednesday. Marlies Fischer (55) from Duisburg did not expect this amount. The officer took part in the show on behalf of an older friend.

For years the work had been lying in the attic of the friend who is said to have received the picture from her father for the state examination. The friends could not determine an exact value, but after researching the Internet they wanted at least 10,000 euros.

Moderator Horst Lichter was amazed at the desired price

Moderator Horst Lichter was also amazed at the price. But was the desired price too high? Expert Detlev Kümmel (53) explained: The picture entitled “Young woman bathing behind a forked tree on Fehmarn” is a work by the painter Otto Mueller (1874-1930). Mueller, who is one of the most important Expressionist artists and was part of the Brücke group, made the chalk lithograph around 1920. There are supposed to be 15 to 20 countless pictures of it, but what makes this copy something very special is the fact that it was colored and signed by hand by Mueller afterwards. So it is a one-of-a-kind. The expert Kümmel estimated the value of the picture at 30,000 to 35,000 euros. In the course of the program at the end of March, a real bidding battle for the loft find arose in the dealer’s room. Dealer Fabian Kahl (29) won the bid for 30,500 euros. “The most successful exhibit so far is a diamond cross for 42,000 euros, which was sold to retailer Susanne Steiger in the evening show on May 22, 2019. The second most expensive exhibit was a classic Borgward car, which was sold in the second season for 35,000 euros. And in fourth place is a gold coin from 1648, which shows Ferdinand the 3rd and a double-headed eagle, and which was sold for 25,000 euros in 2016, ”explained Stefan Unglaube.

Sun Apr 4 , 2021
>> Overcome the pandemic and move towards economic recovery>> After a year of pandemic, the response is being organized but the road still seems long In the first quarter, the business environment continued to improve. Photo: VNA / CVN In the resolution, the government considered that in the context of […] 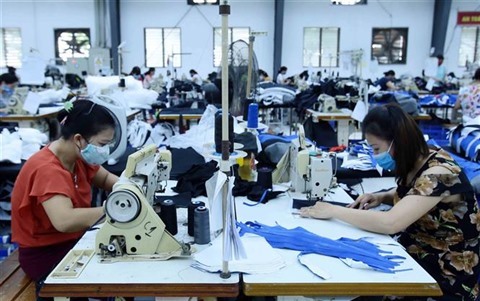