After spending 40 years in the news and publishing business I must admit to witnessing a real historical first.

Save one member, the balance of the Guam Legislature, along with the governor of this U.S. territory, in direct violation of the Open Government Law and the Sunshine Reform Act, openly espoused the belief that they had the right to meet behind closed doors to discuss how to spend nearly two-thirds of a billion dollars of public funds. This without permitting the media to be present to ask questions or be able to properly inform the community.

This has to be the most blatant violation of the Open Government Law and the Sunshine Act that I have witnessed in all of my years on Guam.

To have these elected officials espouse the belief that this action was perfectly OK is extremely disturbing to say the very least.

Then to have the governor say that “she totally disagrees” with the fact that the media need not be physically present only compounds the level of either ignorance, arrogance or likely both.

This meeting supposedly occurred at the governor’s request and all but one member of the current Legislature felt it was perfectly OK to comply with that request, leaving the media standing in a walkway outside of the meeting room.

What is equally disconcerting is the fact that representatives from the media who rightfully claimed their seats on the sidelines of the meeting room were informed that the meeting was a closed-door gathering and were escorted out of the room.

The heart of this issue isn’t that everyone knew about the meeting but rather that no one other than the public officials attending will ever know what was really discussed.

The media members apparently made no concerted effort to refuse to leave, demanding to attend so they could rightfully keep the public informed of what these elected officials were doing behind closed doors.

According to Sen. Joanne Brown, the only senator not to attend the meeting, “The Legislature should never meet, deliberate or decide public business in secret. It’s when these types of secret meetings are held corruption thrives. I will not condone such activities by attending them.” This, according to this newspaper.

According to this newspaper as well, the governor claimed that had Sen. Brown been there, “she would’ve appreciated the cooperation and the unification attitude of our public officials,” she said, adding: “If it was a secret, I’d hold it down in my Inarajan beach, but it’s not.”

Well at least the governor was candid enough to tell the press corps where she does hold her nonpublic/private meetings. But that makes them neither right nor legal.

The law clearly states that closed-door meetings held in the manner the recent one was, between the governor and 14 members of the Guam Legislature, was a clear violation of the Open Government Law.

Madam Governor and Speaker, if you have any doubts, “read the law.”

Lee P. Webber is a former president and publisher of media organizations on Guam and Hawaii, former director of operations for USA Today International/Asia, and a longtime business and civic leader on Guam.

Sun May 16 , 2021
BATON ROUGE- Fans of LSU baseball who also happen to be foodies can now enjoy two of their favorite pastimes at once.  A recent news release from food delivery service, Waitr, announced that Waitr and LSU Athletics have collaborated for the provision of a service that allows fans attending LSU […] 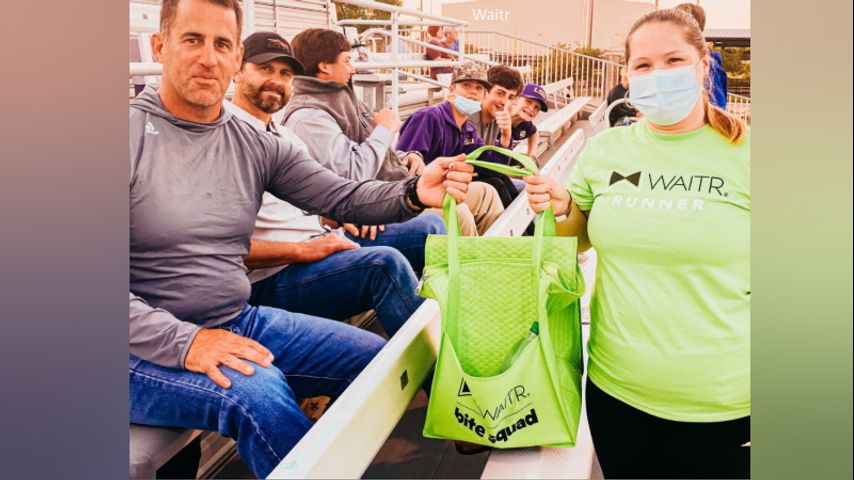