GRAND RAPIDS, Mich. (WOOD) — The parents of infant twins will have to adopt their own children after two judges denied them legal rights to the babies, who were born through a gestational surrogate.

Both are doing well in the neonatal intensive care unit at Helen DeVos Children’s Hospital.

While the hospital allows the biological parents, Jordan and Tammy Myers, full access to the twins, the state of Michigan does not recognize them as the infants’ legal parents.

That means the babies aren’t covered by the Myers’ insurance, and the couple will have to go through the process of adopting their own babies.

In the meantime, the Myers said Spectrum Health has not pushed the financial question, instead looking for ways to give them more time to work through the legal process.

Lauren VerMilye, who carried the babies to term for the Myers, fully supports the couple’s effort to establish legal parentage. She and her husband have two children themselves and consider their family complete.

The Myers, who have an 8-year-old daughter, were overjoyed when VerMilye answered their Facebook post seeking a gestational carrier.

“She signed on to do this out of the goodness of her heart,” Tammy Myers said of VerMilye.

“One of her friends had shared our story, and she responded within minutes that she had been waiting for an opportunity like this. They wanted so badly to bless a family like ours, and they were on board. Both her and her husband,” Tammy Myers said.

Everything went smoothly until the Myers sought to establish themselves as the twins’ legal parents in fall 2020.

“We knew it was going to be a little tricky,” said Tammy Myers, referring to navigating Michigan’s anti-surrogacy law.

“But we also believed with everything inside of us that there was no way a judge could hear our story and look into our faces and tell us that we do not have rights to our biological children.”

As it turned out, they never had the opportunity to appear in court.

, which deems surrogacy parentage contracts “void and unenforceable as contrary to public policy.”

“While this Court has genuine concerns about the present-day wisdom of the 1988 Surrogate Parenting Act, such concerns are better left to the legislative/political arena,” wrote Zemaitis in his denial.

“This court will not ignore by judicial action the clear language of MCL 722.855,” the court document read.

“What the parties essentially are asking this court to do is validate and enforce a (surrogacy) contract that the Michigan Legislature has expressly declared void and unenforceable as a matter of public policy,” wrote Noto in an opinion and order.

“The court has no authority to enforce such a contract,” concluded Noto.

The Myers described the last week as an emotional rollercoaster.

“(It’s) the most joy we’ve felt in years and being happy and hopeful to bring these beautiful miracles into the world, and then complete and utter sadness and disbelief and stress and anxiety as the same time,” Tammy Myers said.

Why was purple significant at the inauguration?

Jordan Myers described the legal ordeal as “degrading” and “demoralizing.”

“It’s very difficult to just have to jump through legal hoops and spend a bunch of money (on the adoption process) just because of a law that is archaic and outdated, especially when so many judges are granting these pre-birth orders across the state,” he said.

While some judges across Michigan have found ways to established legal parentage, for instance through pre-birth orders, Kent County judges have generally declined to do so.

Because of that, one Kent County couple profiled by WOOD-TV in 2019 had to pay $15,000 to adopt their own biological twins.

They also endured months of home visits from an adoption agency, questioning and time-consuming paperwork.

In 2018, a state senator introduced a bill that would have legalized surrogacy contracts, but it didn’t move forward, and the senator who sponsored the bill is no longer in the Legislature.

The Myers and their attorney, Melissa Neckers, are now searching for another lawmaker who would be willing to introduce a bill in an effort to update state law to recognize surrogacy contracts.

Tue Jan 26 , 2021
The Brooklyn Nets and and their official hospital, the Hospital for Special Surgery (HSS) have teamed up to launch “The Brooklyn Nets Food Pantry presented by HSS” at a Brooklyn elementary school. The pantry will be located at P.S. 308, Clara Cardwell School, in Brooklyn’s Bed-Stuy neighborhood – an area […] 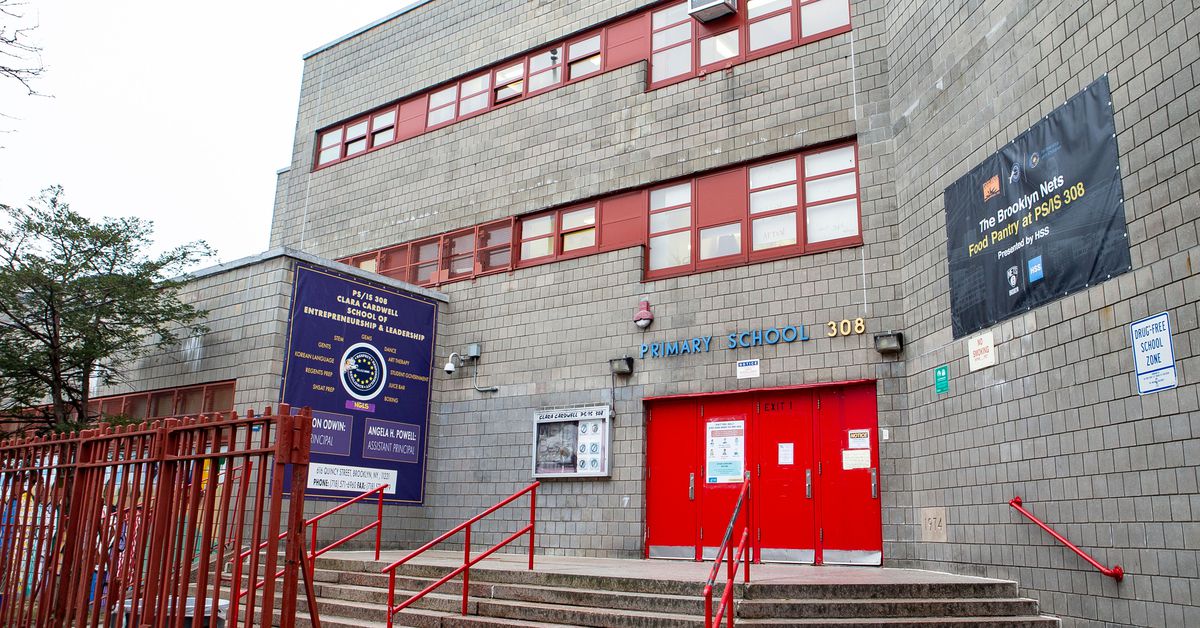