A week apart, the NHL and the NFL have just signed new TV rights deals in the United States. Queen of TV rights, the NFL will collect 10 billion US dollars per year for 11 years. The NHL, the fourth-largest sports league in North America, is expected to earn up to $ 550 million per year. But even though the NHL has just doubled its TV revenues in the United States, an American team on the Bettman Tour still generates half the revenue in national TV rights than a Canadian team.

Average annual amount earned by the National Hockey League (NHL) by selling the majority of its national rights in the United States to Disney, which owns ABC and ESPN, according to the Washington post. The previous contract, with NBC, had brought the NHL $ 200 million per year since 2010. The NHL has not sold all of its national rights to Disney. She is currently negotiating to find a second national broadcaster in the United States, possibly NBC, Fox or CBS. According to the journalist of Sportsnet Elliotte Friedman, the NHL hopes to raise a total of 550 million US per year for all of its national rights. (We used this figure for our calculations.)

Average annual sum obtained by the NHL for its national rights in Canada. Since 2014, Rogers and TVA Sports have paid an average of CAN 436 million per year for a period of 12 years. With the exchange rate on March 15, that gives 349 million US per year. American rights therefore bring in a little more than Canadian rights. Except that the NHL has 24 teams (25 next season with the arrival of Seattle) in the United States, against 7 in Canada.

A Canadian team pays twice as much

A Canadian team therefore generates on average 50 million US in annual TV rights for the NHL. With the forecast of 550 million US per year in television rights, each of the 25 American teams generates 22 million US in national television rights. National rights revenues are redistributed equally among all teams. (Well, not quite evenly, as teams playing in national games get compensation for having fewer regional games to sell on their local TV.)

An argument for the return of the Nordics?

Does this mean that an NHL team in Quebec will generate more money in national rights than a team in the United States? Not necessarily. The popularity of hockey throughout the province of Quebec is already reflected in the value of TV rights since the Canadiens’ matches on TV are also popular throughout Quebec (22% ratings on a night of Canadian match, according to Numeris) than in Montreal (22% ratings). If the Nordiques returned to the NHL and hockey became more popular, there could be an increase in the value of TV rights. But if hockey remained at 22% ratings on game night – and the Nordiques’ ratings lowered those of the Canadiens – that would be a zero-sum change.

Before the pandemic, the NHL expected to get $ 650 million to $ 750 million per year for its new US TV deal, but the league now expects to fetch $ 500 to $ 600 million, according to Elliotte Friedman. Its agreement with Disney provides for the broadcast of the majority of playoff games on ABC and ESPN, as well as digital rights for ESPN + (over 1,000 games per season) and Hulu (75 games per season).

“Money is a big factor, but it’s not the only factor. ESPN provides a showcase to help grow hockey in the United States. Disney also has a keen interest in its digital platforms and knows how to reach a younger audience, ”says David Carter, professor of sports administration at the University of Southern California.

Even with a Canadian dollar at 80 cents US, Canada remains a more lucrative TV market for the NHL, proportionately. “There is a stronger appeal in Canada, where it is the national sport. The TV channels will fight for the rights in Canada, which increases the prices, ”says Professor Éric Brunelle, director of the sports division of HEC Montreal.

The NFL grows to 10 billion a year

Last week, the NFL renegotiated sharply the value of its TV rights in the United States, obtaining US $ 110 billion for 11 years from a consortium of broadcasters made up of CBS, NBC, Fox, ESPN and Amazon. On average, this is double the previous contract. Between 2011 and 2023, the NHL, NFL and NBA similarly increased (between 167% and 180%) their broadcast rights.

Tue Mar 30 , 2021
© Boeing WestJet announced that it will restore flights to the various communities in Atlantic Canada and Quebec that have been suspended due to COVID-19 since October of last year. The recovery includes connections to Charlottetown, Fredericton, Moncton, Sydney and Quebec. It will allow the reestablishment of the complete network […] 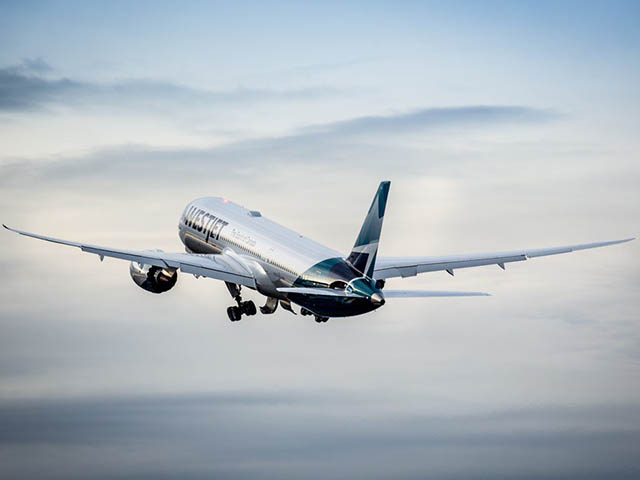