From collections of brooms to multimedia hands-on exhibitions

(08/25/2021) Exciting history, extraordinary collector’s items and impressive natural wonders – in Bavarian Swabia the diversity of the region is reflected in the rich offer of numerous, interactive and special museums. For example, during a “Stadthupferl” trip, visitors learn interesting facts and curiosities about the country and its people from the past and the present.

Be it in the Besenwelt in Günzburg, in the only balloon museum in Europe in Gersthofen or in the RiesKraterMuseum in Nördlingen. Each collection lets interested people immerse themselves in exciting worlds and takes them with them on a search for traces of famous noble families, humming peoples and eventful epochs around the UNESCO World Heritage Site Augsburg. Here are twelve museums with that certain something:

Edwin Scharff Museum in Neu-Ulm
“Touching is expressly encouraged” is the motto in the Edwin Scharff Children’s Museum in Neu-Ulm: on the 500 square meter exhibition area, different topics on different areas of knowledge such as family, the own body or globalization inspire young and old every year. Among other things, workshops and museum workshops impart knowledge in a playful way. In addition, visitors to the art museum will find a variety of special exhibitions as well as a permanent exhibition on Edwin Scharff, one of the most important sculptors of the first half of the 20th century and Ernst Geitlinger, a pioneer of non-representational art in Germany. The art museum and the children’s museum are connected to each other via various media stations and interactive zones that encourage children and adults to try things out, explore and experiment.

Bavarian Bee Museum in Illertissen
It hums and buzzes in the stately rooms of the Vöhlin Castle in Illtertissen. Here visitors can discover fascinating exhibits relating to honey bees, such as an ancient bee in amber, beekeeping tools and graphics from six centuries. Young and old researchers watch the queen and the hustle and bustle of her hardworking workers by the glass show beehive during the warm months.

Besenwelt in Günzburg
Whether washed up on the Baltic Sea or from the Indian monastery of the Dalai Lama, every exhibit in Christl Hirner’s broom world tells its own story. Almost all brooms are handmade and unique and document a centuries-old handicraft. When visiting the extraordinary private collection in Günzburg, young and old alike marvel at over 400 specimens in a wide variety of shapes, colors and materials from all over the world. For example, you will find out in which countries brooms grow on trees, that a wildebeest tail with a wooden handle is the status symbol of a Maasai chief or why brooms are still hanging on the door handles of St. Roch’s chapels.

Balloon Museum in Gersthofen
In Gersthofen, the sky is high: the city, like its direct neighbor Augsburg, has repeatedly been the scene of balloon flights in Germany and has had one of the few launch sites for gas balloons since 1907 – a pipeline leads directly there from the neighboring chemical plant. From 1786, Baron von Lütgendorf tried various unsuccessful attempts to fly here. In May 1931, Auguste Picard and his assistant set off into the stratosphere in a capsule on a gas balloon from Augsburg. In the balloon museum – the only one of its kind in Europe – those interested can learn the history of balloon flights on three levels at interactive stations and get a feel for this special means of transport in the walk-in basket. In the adjoining laboratory, children can “grasp” the balloon flight with the help of experiments and objects on special tours.

tim in Augsburg
Even in pre-industrial times, Augsburg was a center of the European textile industry due to the historical water management and its Lech canals in the city center – the water management system has been a UNESCO World Heritage Site since 2019. Today the weavers’ house, the dye tower and many other sights still bear witness to this era. In the 19th and 20th centuries, the textile industry in Augsburg developed into one of the most important locations in Europe and was also called “Germany’s Manchester”. In the former building of the Augsburg worsted spinning mill, visitors can find out more about the history of textiles in the state textile and industry museum (tim). Various hands-on stations and machine demonstrations on looms, knitting machines & Co. take young and old into the world of fabrics, patterns and fashion.

Fugger and Welser Adventure Museum in Augsburg
In the Augsburg renaissance building “Wieselhaus”, visitors immerse themselves in the history of the most important Augsburg merchant families of the late 15th and 16th centuries – the Fuggers and Welsers. The adventure museum relies on scenic storytelling, varied hands-on stations and impressive replicas. In this way, day trippers discover the wealth and the trade routes of the Fuggers and Welsers, follow the merchants to Venice, Africa, India or America and find out more about the bankers’ dealings with popes, emperors and kings. With a pepper sack and a “trading book”, even small guests can explore the exhibition independently, make exciting discoveries and solve tricky tasks.

Museum Oberschönenfeld
In the oldest existing Cistercian abbey in Germany in Oberschönenfeld, visitors get to know everyday life in Swabia from 1800 to the present. Interactive and multimedia areas, such as a milking station, as well as original objects show the country and monastery life in the region. Exemplary biographies of people take the guests with them on their life paths between tradition, work and upheaval.

On the trail of the Wittelsbachers in Aichach
Aichach is also known as the “cradle of the Wittelsbachers”, because the ancestral seat of the Bavarian aristocratic family once stood in the Oberwittelsbach district. From 1120 the counts named themselves after the place and so the history of the influential ruling dynasty took its course. Today, day trippers in Aichach follow their traces in the Wittelsbacher Museum in the Lower Gate, among other places. On four floors of the gate tower, visitors immerse themselves in the archaeological excavations on the ancestral castle. In the Sisi Castle in Unterwittelsbach, the newly designed, multimedia permanent exhibition gives insights into the life of the famous empress and explores the question of how the myth “Sisi” came about. Elisabeth is said to have spent a carefree childhood in the hunting lodge of her father, Duke Max von Bayern.

Clock collection in Friedberg
The museum in Wittelsbach Castle focuses primarily on Friedberg’s castle and town history. From the 16th to the beginning of the 19th century, the city with its picturesque old town streets was a center of watchmaking. In today’s Germany, Bohemia and Austria, the Friedberger clocks were just as widespread as in Hungary, Poland or the Ottoman Empire at that time. In addition to the topics of pilgrimage and sacred art, archeology and presentations by regional artists, visitors can also marvel at the rare Friedberg faience. In the 18th century, Elector Maximilian III. Joseph von Bayern set up a factory for the production of ceramics with white covering glaze in the rooms of the Friedberger Schloss for a short time.

Ries Crater Museum in Nördlingen
In the north of Bavarian Swabia, around 14.5 million years ago, a special event shaped the landscape. An asteroid about one kilometer in size struck here at a speed of more than 70,000 km / h and formed an impact crater about 25 kilometers wide – the Nördlinger Ries. In the RiesKraterMuseum in the historic old town of Nördlingen, guests get to the bottom of the Ries event and impact craters in general in an interactive and multimedia way. The highlight is a real piece of moon rock.

Museum KulturLand Ries in Maihingen
In the KulturLand Ries museum, holidaymakers can gain a wide variety of insights into rural life in the past. In the former monastery complex, you embark on an exciting journey through 300 years of everyday culture – highlights are the grocer, the milk shop, a doctor’s practice and a hairdressing salon with original inventory. In addition, visitors learn interesting facts about Rieser agriculture and young and old lend a hand with special offers. They immerse themselves in various topics and can then bake bread around the campfire or squeeze apples in an old fruit press.

Sun Aug 29 , 2021
SAN ANTONIO – Yelp is declaring Aug. 26 “Make it Happen Day,” and to celebrate the company is giving away $100,000 to help small businesses and consumers across Texas. The crowd-sourcing, review-based platform is hoping to help Texans after COVID-19 and Winter Storm Uri ravaged the state over the last […] 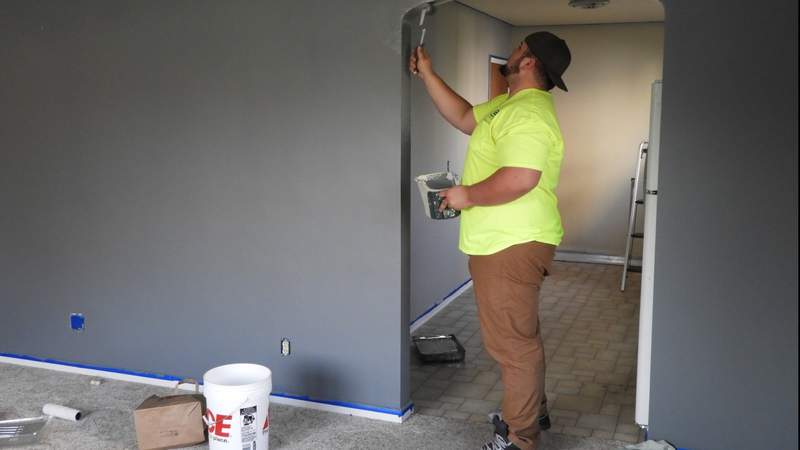