Editor’s note: We get it. It can be difficult to keep up with the fast pace of Austin’s restaurant and bar scene. We have you covered with our regular roundup of essential food news.


Central Austinites are raising a toast of avocado margarita to the newly opened Curra’s Grill in Hyde Park. The family-run local darling and Tex-Mex staple has opened in the space that previously housed cherished vegetarian restaurant Mother’s Café, which closed in October 2020 after losing its battle with the pandemic. The new Curra’s, now known as the “mother of all Mex,” previously noted that the menu will feature many longtime fan faves alongside family recipes like duck quesadillas and scallops. Though things are still getting up and running, Curra’s Hyde Park also previously promised golf-cart delivery of tacos and margaritas in the neighborhood. Stay tuned for more on that rollout. The restaurant is located at 4215 Duval St. Hours are Monday through Saturday 4-10 pm.


Visitors to downtown bar Valhalla can now hit the sauce — the marinara sauce, that is. Restaurateur Tess Eastwood has opened a fresh pasta eatery inside the bar called Marinara Miracles. The miraculous menu, which feels far more exquisite than any bar food we’ve ever come across, features delicacies like squid-ink fettuccine, custom lasagna, ravioli, bruschetta, meatball subs, and arancini. It’s kind of the perfect fare to nosh after a beer-guzzling night trudging around the Red River Cultural District. Marinara Miracles is open for business Wednesday through Saturday 7 pm-midnight.


Dollars to doughnuts that local foodies who tend toward the indulgent realm have already marked their calendars for Friday, August 27. That’s when wildly popular Miami-based The Salty Donut will (finally!) swing open the doors at its new neighborhood spot at 2000 S. Congress Ave., and wow Austinites with its sticky, gooey, flavor-bomb artisanal doughnut specialties like Texas Chocolate Sheet Cake, Prickly Pear Margarita, and the undeniably spectacular Horchata. Prior to its grand opening, The Salty is hosting a tasty lotto giveaway. All locals have to do is follow The Salty on Instagram and fill out a short lotto form. The Salty will randomly choose 60 winners each day through Thursday, August 26 to visit the new SoCo shop and pick up a free lotto pack that includes six tantalizing doughnuts. The grand opening celebration will continue throughout the weekend with more giveaways. The Salty Donut will be open Sunday through Thursday 7 am-7 pm and Friday and Saturday 7 am-10 pm.


Downtown dwellers and Austinites in search of a sweet meal that will bowl them over need look no further than the Second Street District. Opening in the hot neighborhood downtown spot on Tuesday, August 24 is healthy quick-service eatery Sweetgreen, which serves up super fresh salads and warm bowls. Located at 200 W. Second St. on the bustling corner of Second and Colorado streets next to Jo’s Coffee, Sweetgreen also has two other Austin locations, one on The Drag near the UT campus that opened in December 2020 and one on South Congress Avenue that opened in summer 2020. Hungry locals can check out the plant-forward menu while also sharing some Sweetgreen love with area kids: For every bowl sold on opening day, Sweetgreen will donate a bowl to Brighter Bites for elementary schools in Travis County.

Other news and notes


As the Circuit of The Americas revs up for the Formula 1 U.S. Grand Prix this fall, race fans from around the world are also gearing up to take a bite out of Austin. For F1 weekend October 22-24, COTA will unveil its new COTA Culinary Experience, which will feature five unique food villages — and 45 restaurants — offering a mix of some of the best bites in Austin. Each restaurant will serve two to three menu items for race weekend. The five villages include Rodeo Driveway, a Beverly Hills-inspired sidewalk café; La Cantina, featuring classic Tex-Mex dishes, margaritas, and a fiesta ambiance; Lone Star Land, highlighting all things Texas, but mostly barbecue fare; Taste of Texas, which is inspired by chef-driven food festivals, live music, and picnic culture, will feature gourmet grab-and-go items from favorite local eateries; and the aptly named Biergarten, which will celebrate Texas’ German heritage with Austin purveyors of sausage and schnitzel.


One fast-casual concept is using its noodle and considering reentering the Austin market. Noodles & Co., known for its variety of Asian and Italian noodle dishes, mac and cheese offerings, and stuffed pastas, is “looking for prospective multiunit franchisees to sign on this year within 18-24 months in Austin,” a company rep tells CultureMap, adding that the Austin locations will likely feature lighter options from a smaller footprint. The company, which now boasts more than 450 locations nationwide, had previously opened five company-operated Austin spots, but they were all closed within four years of opening, according to the Austin Business Journal. Noodles & Co. recently told the ABJ that it could move back into Austin with five to 10 restaurants to start and would want to do so sooner than later.


If the pandemic has made you feel like you’re missing out on some meaty, spicy stew a la Homer Simpson, Hotel Vegas is dishing out an event you won’t want to miss. The East Austin venue will host its chili cook-off event, dubbed Rotel Vegas, on Sunday, September 5 from 4-7 pm, when “chili will be served, judged, and consumed by the masses” while DJ Boi Orbison spins all-country vinyl alongside other outdoor music performances. (No word on whether Homer’s dreaded Guatemalan insanity peppers will make an appearance.) Each competing team will present a meat-based and a plant-based chili, and will be judged by a panel in two categories: professional chefs and at-home cooks. Best in Show will be judged by the community. This event is free, but to taste and judge the chili, you’ll have to buy a $5 chili tasting kit (with serving bowls, spoons, napkins, and hand wipes) — well worth the experience. After the winners are announced, a free Hotel Vegas after-party kicks off outside. Hotel Vegas is located at 1500 E. Sixth St.

Sun Aug 29 , 2021
travel From collections of brooms to multimedia hands-on exhibitions by Ilse Romahn (08/25/2021) Exciting history, extraordinary collector’s items and impressive natural wonders – in Bavarian Swabia the diversity of the region is reflected in the rich offer of numerous, interactive and special museums. For example, during a “Stadthupferl” trip, visitors […] 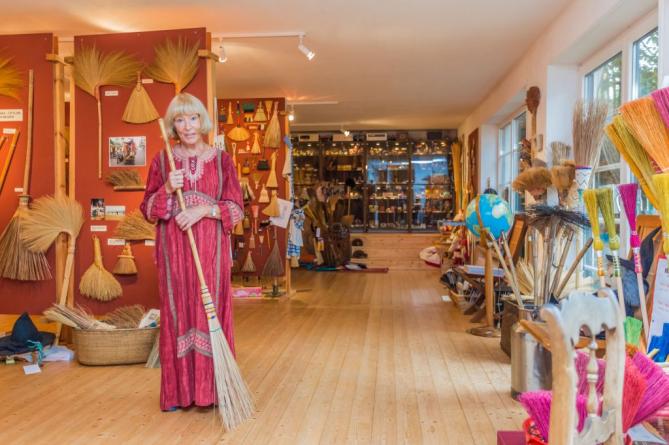