More and more vehicles and more and more heavy, an SUV fever that does not go away … the diagnosis is clear: Quebec suffers from road obesity.

In nearly twenty years, the average mass of a passenger vehicle (automobile and light truck) has increased by 18%, according to a calculation by our Bureau of Inquiry made from new data from the Société de l’assurance automobile. of Quebec (SAAQ).

Each vehicle on our roads therefore weighs on average 238 kilos (524 pounds) more than in 2001, or the equivalent of two refrigerators.

It is as if each car or light truck has gained almost 13 kilograms (28 pounds) per year.

“We therefore have the same car which is less economical 20 years later,” explains Martin Trépanier, professor in the mathematics and industrial engineering department at Polytechnique Montreal.

“Improving fuel efficiency has not saved us gasoline, it has allowed us to have bigger tanks. It’s a bit absurd, ”adds Catherine Morency, professor specializing in transport engineering at Polytechnique Montréal and holder of two research chairs in mobility.

Not every car has necessarily gained weight. The Ford F150 or the Honda CRV are lighter than 20 years ago. But these trucks, heavier than a sedan, are present in greater numbers on our roads.

The F150 is now the best-selling vehicle in Quebec and is the 5th most registered (see tables).

“There has really been a transformation of the fleet,” says Ms. Morency, who is working with Équiterre on a research project to understand why SUVs and pickup trucks are so popular and how that contributes to traffic congestion.

One of the avenues studied by Ms. Morency is that the larger the vehicles, the more travel times and road congestion increase.

Its mathematical models show that 3,500 vehicles will need 3.7 minutes to travel a 5 km stretch if all drivers are driving Smart. However, this time increases to 8.3 minutes if everyone is driving a Honda Accord, and to 12.7 minutes in a Ford Expedition SUV.

“If I take up more space because my car is longer, the braking distance is longer and there will be vehicle spacing,” she illustrates.

“The vehicle is getting bigger, but the occupancy rate of the road is decreasing, that’s why we talk about road obesity,” says Ms. Morency.

This is an important line of thought, she says.

“Currently, we don’t give a damn about the concept of vehicle size and the impact that this can have on the capacity of our infrastructure. “

◆ Average mass of a passenger vehicle (automobile and light truck):

Among the vehicles in circulation that are among the 50 most popular models:

The Ford 150 is the most registered vehicle in four regions, namely Nord-du-Québec, Abitibi-Témiscamingue, Saguenay Lac-Saint-Jean and Côte-Nord. In all other regions, the Honda Civic dominates.

The overweight of our vehicles contributes greatly to increasing our greenhouse gases (GHGs), experts agree.

One third of all of the province’s GHG emissions come from road transport. And while all other transport sectors (maritime, rail, air) have reduced or very little increased their emissions, road transport emits 50% more GHGs than in 1990.

“It is really the growth in the use of light and heavy trucks that explains the significant increase in transport emissions”, explains Pierre-Olivier Pineau, holder of the Chair in Energy Sector Management at the École des Hautes Etudes. (HEC) of Montreal.

“For heavy trucks, it is not only the number of trucks, but also the intensity of use (the number of km traveled in one year) which increased by + 59% between 1990 and 2017 for each truck”, explains Mr. Pineau.

Sales of gasoline for transportation are also up 6% for the period from 2010 to 2018. Half of gasoline sales in 2018 were related to light trucks, the category of SUVs, pickup trucks and vans.

“There hasn’t really been a reaction from the government to control the fleet,” says Professor Catherine Morency. We missed a great opportunity to reduce our greenhouse gases by controlling it. “

Electric: slowly to but surely

As of June 30, 2020, there were 76,357 electric vehicles (fully electric or plug-in hybrids) on our roads, according to the Quebec Electric Car Association. At the same date last year, there were 52,556. This is an increase of 45%. Despite this increase, the number of electric cars only represents 1.14% of the vehicle fleet.

The three most popular models are the Chevrolet Volt, which has a 17% market share, the Nissan Leaf with 13% and the Tesla Model 3 with 12%.

Back to school in the midst of a pandemic: home study furniture more popular than ever

Tue Aug 11 , 2020
Advertising campaigns in connection with the start of the school year, decoration advice for study spaces at home: furniture retailers are visibly adapting to the demand of customers who are preparing for an extraordinary return to class. Stationery and school supply stores are not the only ones taking advantage of […] 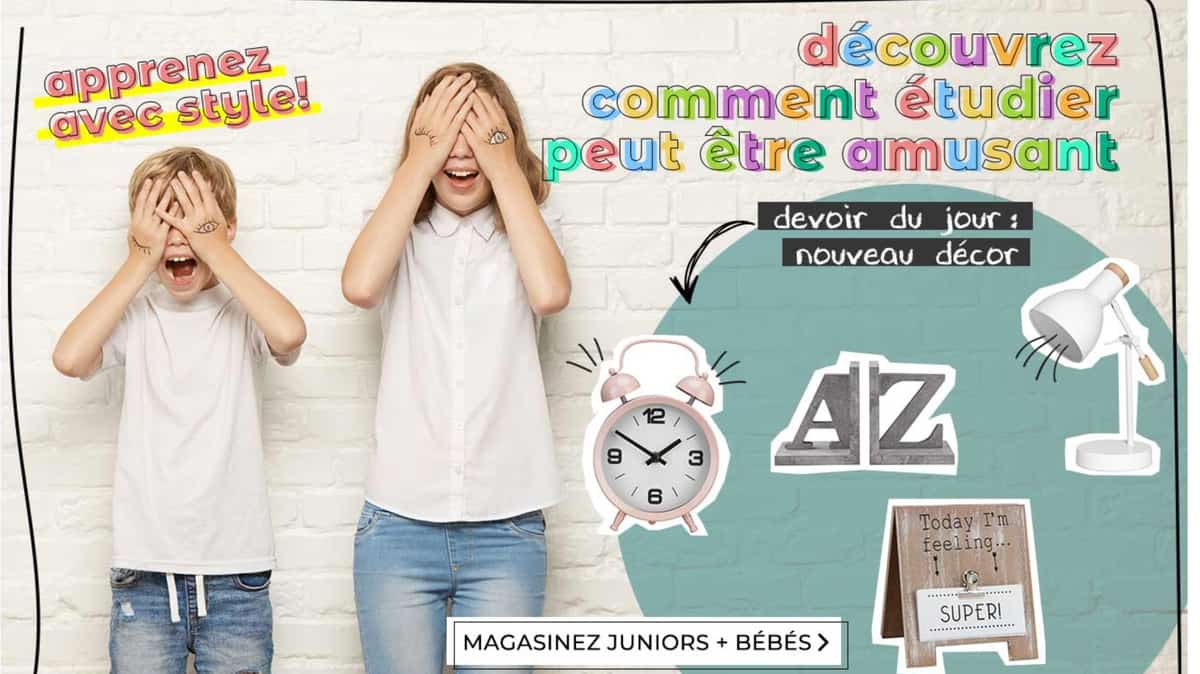