Francis Bacon, Lucian Freud, David Hockney – Martin Gayford has repeatedly interviewed London’s painters. In “British Art” he uses this treasure to portray the city’s art scene: from the post-war period to the 1970s.

In 1946, two young artists from gray, war-torn London landed in the Mediterranean in search of light and color. Her friend, the writer Patrick Leigh Fermor, recommended the island of Poros, and the two painters were able to work intensively there. But while one, John Craxton, was charmed by Greece, the other longed to go home.

Lucian Freud found London more romantic than the lovely south. Above all, his neighborhood, the shabby Paddington – his own address was known as “bug alley” – was the right neighborhood and inspiration.

Renowned art historian Martin Gayford now impressively shows in his monumental work on British art that London was not only “the place to be” for Lucian Freud. In it he dedicates himself to the vibrant capital and its painters and looks at the exciting period from 1945 to 1970.

Recourse to a huge fund

Gayford, who knows the English art scene like no other, can fall back on a unique fund: his own archive, which has grown over decades, with countless interviews. The author interweaves these over 400 pages (with many illustrations) to form a large narrative that connects everything and everyone, the focus of which is on artist biographies, styles, art schools, galleries, meeting places and clubs as well as pioneering exhibitions.

Initially, Gayford described post-war London as a wounded city, but his artists as optimists who were eager to break new life. Because “everyone was obsessed with what you can do with painting”, a lively scene developed with stars like Francis Bacon and newcomers like Lucian Freud.

A key exhibit in the Tate

But the artist scene initially remained a village until the international wake-up call came in 1956 with the exhibition of American abstract expressionists in the Tate Gallery. Gayford describes in an exciting way how the painter Gillian Ayres dealt with the works of Jackson Pollock, which in turn said nothing to Francis Bacon, but very much to Howard Hodgkin.

In fact, from now on representational painters went out of fashion at breakneck speed – Freud even disappeared for decades, and the fact that an artist like David Hockney was able to make figurative painting in the 1960s is described here as a great surprise.

An art book full of anecdotes

It is fascinating how masterfully Gayford is able to fill this long-ago time with life and shed light on pressing issues (abstract versus objective) with which his protagonists wrestled; world-famous as well as almost unknown or long forgotten. In fact, important key moments can be experienced up close here. For example, when Bridget Riley achieved stardom with her op art in the mid-1960s, which radiated into the fashion world.

A wonderful book: exciting, instructive and, not least because of its many quotes and anecdotes, extremely entertaining to read.

Mon Dec 14 , 2020
Kolkata, December 12 The health condition of former West Bengal chief minister Buddhadeb Bhattacharjee was stable on Saturday morning, an official said. Bhattacharjee, who is on non-invasive ventilation, slept well last night, she said. “Mr Bhattacharjee is okay. He is still on NIV and taking it well. He is maintaining […] 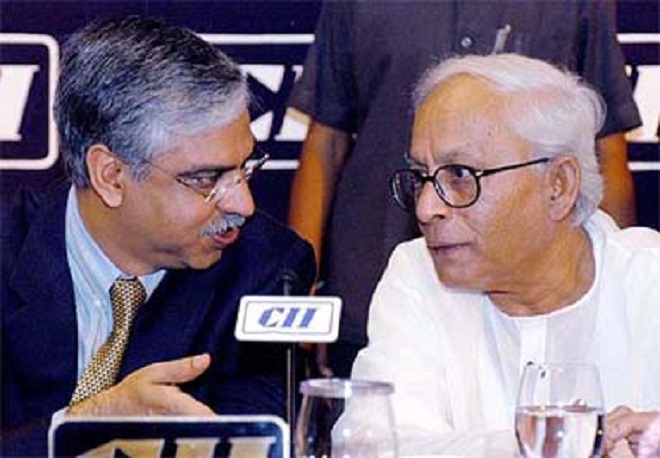