Crohn’s disease is an inflammatory bowel disease (IBD) that causes inflammation in the digestive tract. It affects an estimated 700,000 people in the United States, according to the Department of Health & Human Services.

While common symptoms of Crohn’s disease include persistent diarrhea, abdominal cramps, and weight loss, the disease can affect people in different ways. The one thing those with Crohn’s need to deal with is the cost of managing the condition, which can add up.

The cost of tests and treatments, combined with lost wages from missing work, can make Crohn’s disease very expensive, even with the help of health insurance. Here’s how the condition can affect your wallet, along with a few places to go for financial assistance and support.

A 2019 study from the Crohn’s & Colitis Foundation found that people with Crohn’s typically incur about $30,000 in care costs in the year of their initial diagnosis.

“Everyone’s a little different, and there are patients who are much tougher to induce into initial remission. Until you get into a clear-cut treatment regimen, you can run into trouble in terms of expenses,” said Dr. Rosario Ligresti, chief of gastroenterology at Hackensack University Medical Center. “People may also need to take time off work for tests and treatment.”

After that, the costs of Crohn’s go down a bit. On average, the disease comes with about $23,000 in direct care expenses every year, according to the study.

While those expenses are thousands of dollars less than in the first year, they’re still more than three times the average direct care costs that people who don’t have the condition incur annually.

The good news is that health insurance covers the bulk of the cost for most people.

The study found that people with Crohn’s disease are billed for about $2,213 in annual out-of-pocket expenses related to the disease (excluding the cost of insurance premiums), compared with around $979 for someone who doesn’t have IBD — still expensive but much less overwhelming than the total bill.

As you get older, Crohn’s tends to get more expensive. The Crohn’s & Colitis Foundation says that people with IBD over age 65 have up to 46 percent higher expenses than those between the ages of 35 and 44.

What you’ll end up paying to manage Crohn’s will depend on three main factors: treatments, emergency room visits, and complications.

Treatments for Crohn’s disease have come a long way in recent years. While more effective, these treatments can also come at a high price.

“Twenty years ago, Crohn’s was relatively cheap to treat because we had very few things to offer patients,” explained Ligresti. “It’s evolved a lot, and in the immunotherapy field, everything has gotten very pricey. If you had no insurance, you might be looking at potentially $30,000 in costs monthly.”

Research from 2019 found that while combination therapy offered the most health benefits for people with Crohn’s, it came at a price of more than $57,000 a year. Certain biologics often exceed , on average. And as of 2015, 5-ASA (medications that help reduce inflammation) cost about per year per person.

It’s common for people with Crohn’s to go to the emergency room when symptoms become painful. ER visits can be costly.

The 2019 study on Crohn’s expenses found that people with IBD who had at least one trip to the ER saw their annual healthcare costs increase from an average of about $15,000 to more than $37,000 per year.

What’s more, a that tracked the healthcare costs of people with Crohn’s for 5 years found that 67 percent of total expenses came from hospitalization.

Plus, dealing with Crohn’s (or any other chronic illness) can be a challenge for your mental health. Treatment for depression, stress, anxiety, and other conditions can add to your overall healthcare costs.

The 2019 study on Crohn’s expenses found that a mental health diagnosis often doubled the annual expense for people with IBD.

Seek treatment for any complication, whether it’s emotional or physical. Understanding how it can affect your expenses can help you plan ahead.

Managing Crohn’s can eat up a significant chunk of time. You may not always feel well enough to go to work. A trip to the ER could lead to unexpected time away from the office, and treatments at a medical office could pull you away from your job on a semi-regular basis.

“Infusions usually take an hour every 3 to 4 months, then the patient is observed for at least another hour after to make sure there are no side effects,” said Ligresti. “That’s a 2- to 3-hour time frame for the total infusion, plus the time it takes to get to and from the physical location for the infusion.”

A 2020 report found that people with Crohn’s disease lost more than 9 days per year for medical-related reasons, compared with around 5 days for people without IBD. This can be especially important to consider if you don’t have paid time off and your paycheck is regularly affected by your condition.

If Crohn’s is making your work life difficult, you may want to talk to your boss about getting “reasonable accommodations,” a requirement under the Americans with Disabilities Act. That might mean moving to a desk that’s closer to the bathroom, working from home when you have symptoms, or having a more flexible start time.

Depending on your situation, you may also consider taking a leave of absence under the Family and Medical Leave Act (FLMA) during a serious flare-up.

Keep in mind that this law only applies to people who’ve worked at least 1,250 hours over the past year for a company with 50 or more employees. So if you’re a relatively new hire, an occasional part-time employee, or you work for a very small business, a leave of absence may not be on the table..

Crohn’s is expensive, but that doesn’t mean you’re on your own to foot the bill. There are a number of financial assistance programs that can help offset some of the costs, as well as organizations that can provide other types or resources and support.

Here are a few:

Many pharmaceutical companies offer savings cards and other financial assistance for people who need their medications. This tool from the Crohn’s & Colitis Foundation can help you explore options.

This organization is working on getting donations to fund a copay relief program for people with Crohn’s. While it isn’t accepting applications quite yet, it will eventually offer $3,000 to participants every year, so keep your eyes peeled for updates.

This nonprofit offers a program to help people with IBD cover costs. It awards participants $3,600 per year. At the time of publishing, the program wasn’t accepting new applications, but you can join the waitlist.

This volunteer-run nonprofit offers a range of well-researched information and other resources for people with Crohn’s disease and ulcerative colitis. They’re also dedicated to helping find a cure for these diseases.

Between the expense of treatments, trips to the emergency room, and everyday lifestyle supplies, and taking time off work to manage the disease, the cost of Crohn’s can add up.

If you’re having difficulty with the cost of Crohn’s, help is available. Talk with your doctor to see if there are ways to bring down the expense. You may also want to look into financial assistance programs to see if you qualify for additional support.

Sun Feb 21 , 2021
The tech industry is appealing to job seekers because of its competitve salaries and flexible schedules. Insider used the QS University Rankings guide to find the nation’s best computer science programs. Stanford and MIT make the list, but also the University of Texas, Austin and UCLA.  Visit the Business section […] 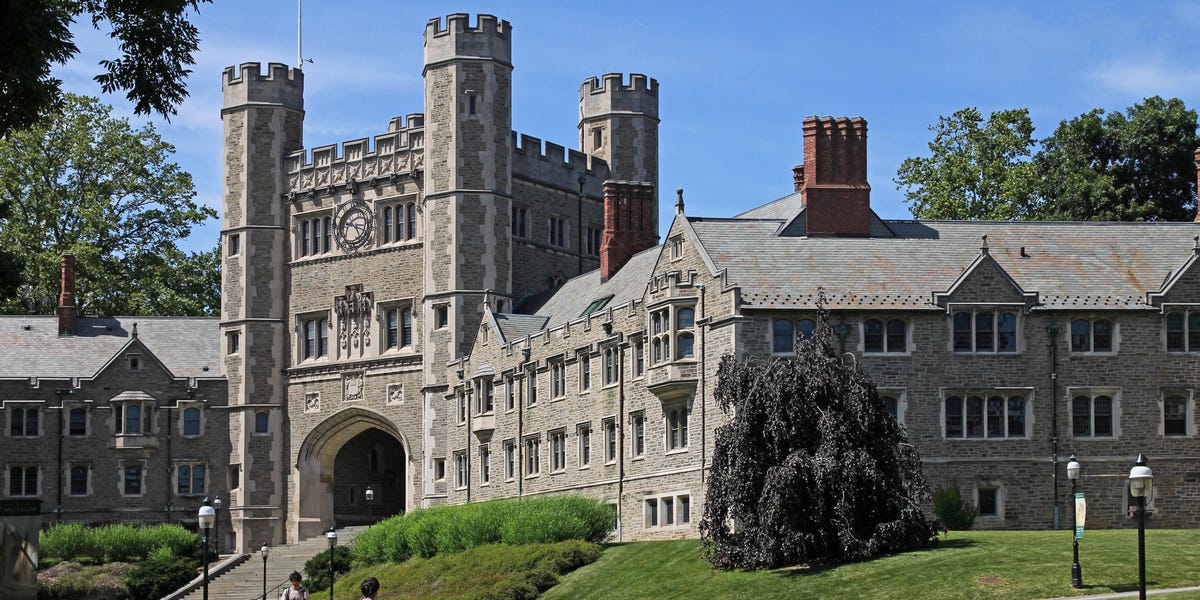