(Motorsport-Total.com/Motor1) – Our esteemed readers have probably already read the section “Do you still know him?“Studied. There we present cars from the past, which are now almost forgotten. But what about the models that still drive around in large numbers in traffic? Those types that everyone knows, who have been well over 20 years, but sometimes also a lot have less under their belt.

Will they one day be a classic car? This is a source of ignition for controversial discussions. We want some of these models in our series “Classic of the future?” imagine.

Only recently we had the topic among our colleagues: Was (or fortunately still “is”) Lancia an Italian variant of Saab? Both brands for automobile individualists with a penchant for luxury. And both said goodbye (like Rover in the 75) with a luxury class highlight from the big stage. Saab with the last 9-5, Lancia with the Thesis.

Not even 16,000 copies were made between 2002 and 2009 of the 4.89 meter long limousine, named after the Greek word “Thesis” (please pronounce with English th!), The origin of our word “thesis”. Apparently, Lancia had also thought of its top model as a statement, but only 1,630 buyers in Germany understood it. For this reason alone, the thesis is a safe oldtimer tip.

The Lancia Thesis began as “Project 841” in 1997 and has been discussed several times by both management and the chief designer himself, Mike Robinson. The only thing that was certain was that he would replace the hapless kappa (k).

At that time, three concept vehicles were presented in the Mirafiori Style Center: Tikal, Agorà and Arca, only one of which was selected by the employees through an internal survey for later development and series production.

The victorious Agorà received modified styling as it was originally a large hatchback inspired by the company’s first sedans in the 1930s. It was later renamed Lancia Dialogos and shown to the public as a near-series prototype with doors opening upwards. 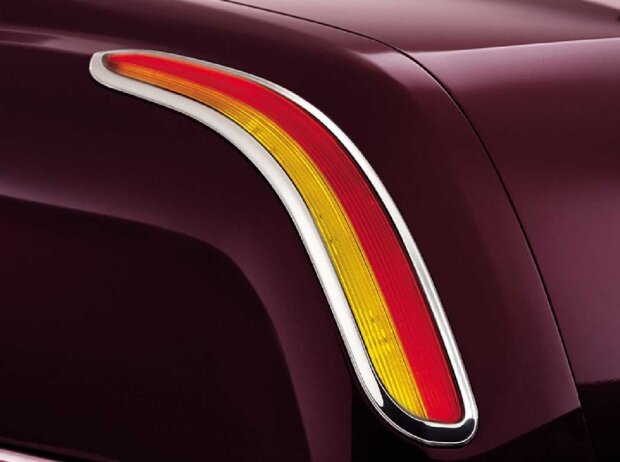 The Dialogos was very much appreciated by the top management of the Fiat group and in 2000 a version for John Paul II was also derived, which was named Giubileo. Regarding the design of the finished Thesis, which came out in 2002, Lancia’s chief designer said, “People will be looking for excuses not to buy this car. So we want to be damn sure we’re not giving them a reason to.”

To this end, the car should achieve the substance of the Audi A6 and the Mercedes E-Class. He was equipped with more technology and more style. In order to convince the buyers, it was also priced 15 percent cheaper than the competition.

At this point we wrote in 2007 about the thesis: “A character actor for connoisseurs who do not strive for perfection.” And further: “Despite the actually conservative notchback look, the Thesis stands out pleasantly thanks to idiosyncratic details from the upper-class monotony. For example, its narrow tail light strips behind elegant frosted glass are attractive and representative very calm lines give it nobility as well as cool strangeness. “ 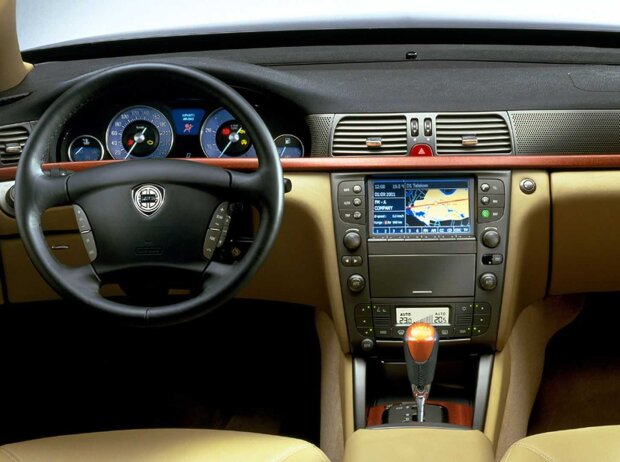 With a view to the interior it was said: “Wood, leather, high-quality plastics and metal create this atmosphere so characteristic of Lancia, which in the Thesis ranks somewhere between very tasteful and slightly pompous. Among the special features that are worth seeing are the chic dashboard or the one above The width of the cockpit is made of natural mahogany. “

Lancia invested a lot in the Thesis, and in contrast to its predecessor Kappa, which shared a platform with the Alfa Romeo 166, a separate chassis was designed for the Thesis. The car was equipped with a complicated multi-link aluminum suspension on both axles, supplemented by adaptive dampers from Mannesmann Sachs called “Skyhook”, which were also used in the Maserati Spyder. It was also the first Lancia with adaptive radar cruise control (from Bosch). 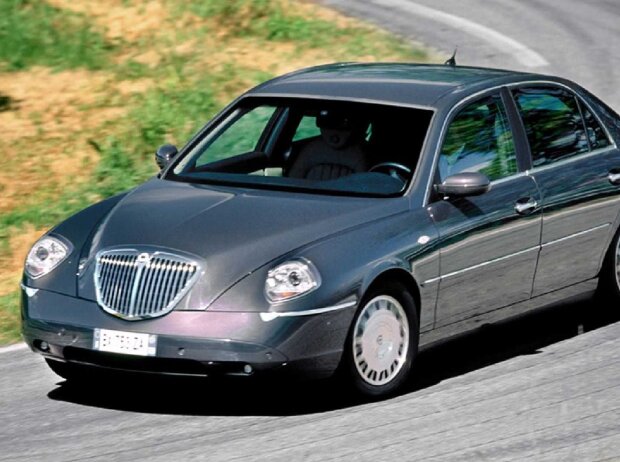 Paul Horrell, then with the British magazine CAR, wrote in 2002 that the thesis “is far more precise and even more agile than it should be.” Horrell felt the thesis was a worthy expression of Lancia’s brand values. “Imagine a Rover 95 and you’d be eerily close. It’s a scary thought: two brands that refuse to be youthful or athletic, two brands that have underperformed.”

Other journalists said the car was a good product in the wrong market. In their opinion, it would have been better to have a vehicle in the Ford price range Mondeo instead of the more conservative upper middle class, which was already back then by the Mercedes E-class, the Audi A6 and the BMW 5 series was dominated.

It wasn’t because of the range of engines in the Lancia Thesis; in retrospect, it was surprisingly generous for such a rare car. Six manual gears or a five-speed automatic were available as transmissions. Let’s take a look at the engines in the overview:

The Lancia Thesis was also armored in levels B4 and B6. In the same way, one has ever seen him outside of Italy, namely as a limousine for the Italian President.

More from the Lancia history:

How did we judge the thesis at that time? “The luxury car, which is well worth seeing, stands out in a pleasant way from the uniformity of business sedans, is generously and tastefully equipped. However, the chic Italian cannot offer the level of perfection of a Mercedes E-Class technically. Ultimately, the thesis of the German premium competition follows. After all, it is well positioned in terms of price, but this is put into perspective by a poor resale value. “

Resale value? Around 12 years after the end of the thesis production, it is not so easy for youngtimer friends to find one at all. A relevant used car portal on the German market shows only 18 vehicles, the most expensive offer is quoted at 7,000 euros. Base price of the 185 hp diesel in 2007: 48,990 euros. If only more people would have turned to Lancia, Saab and Co. back then …

Outsourcing Pros And Cons For Your Digital Marketing 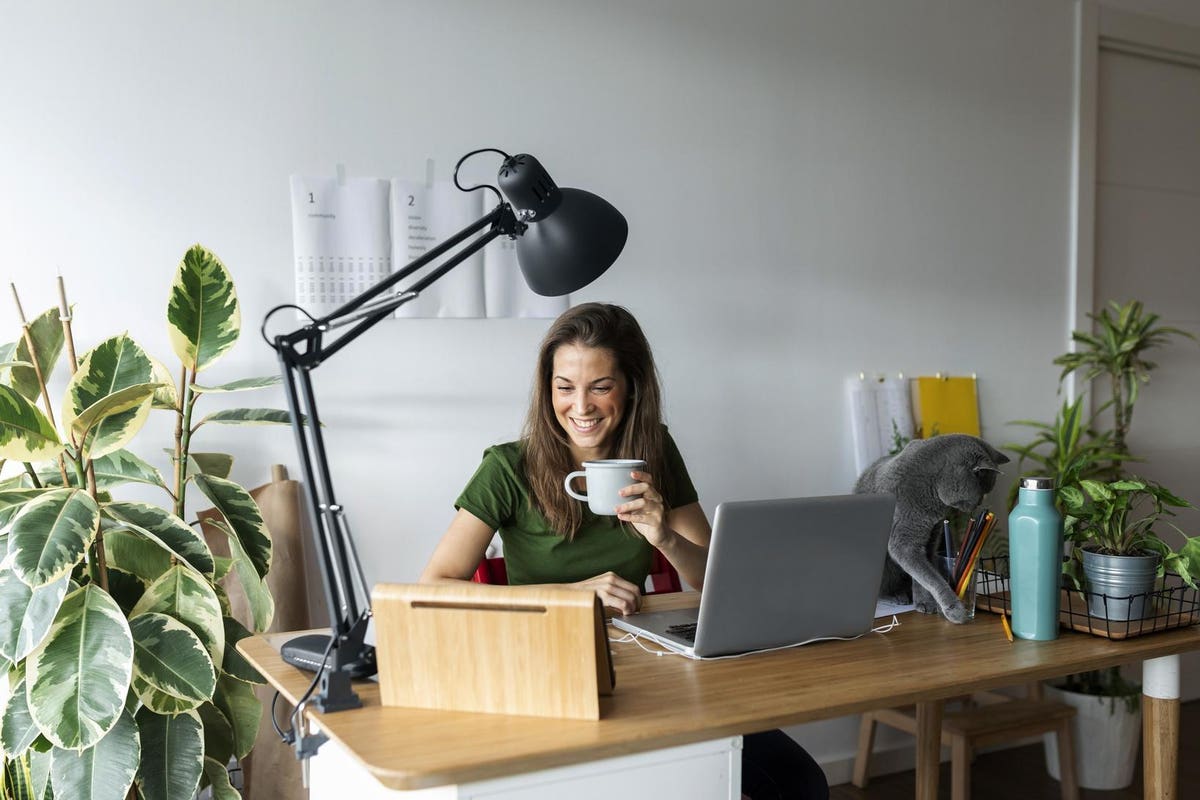