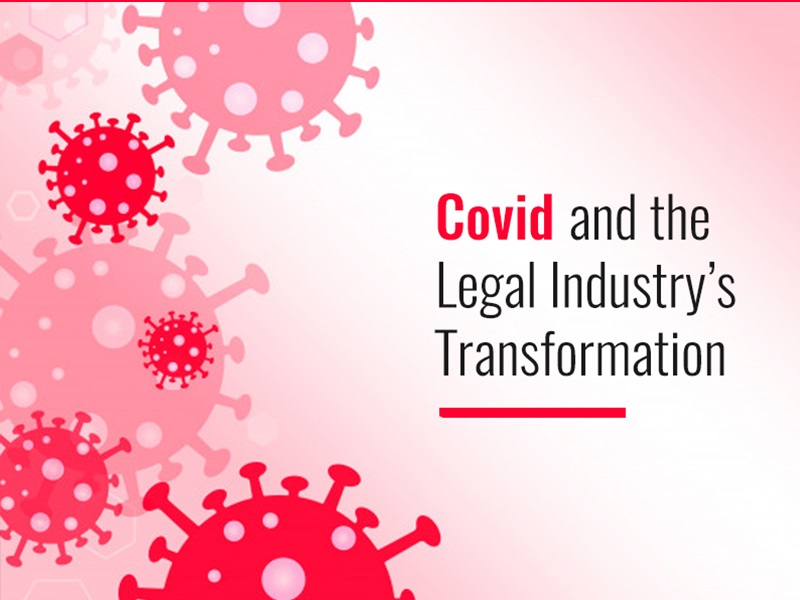 Transformation is a strong word – history suggests, our appetite for flexibility is quite limited to the selfish objective of ensuring immediate survival. Yet, this time round, one factor i.e. technology seems to be sufficient reason to assume that past precedent may no longer be good authority.

Mahatma Gandhi in his book, ‘The Law and The Lawyers’[i], touches upon the negative effects of the bubonic plague on the practice of law in the early 1900s. He speaks from recollection of the courts in Veraval, Gujarat, that there “were as many as fifty cases daily in the place with a population of 5,500 people”. But on account of the fact that the “plague was raging”, he had found the courts “practically deserted”.

Similarly, legal historian, Mitra Sharafi tells us that when the plague hit Bombay, it immobilised the courts and the legal profession.[ii] She shares a grim account of A.J.C Mistry, the managing clerk at the Bombay law firm Wadia Ghandy & Co. who had described the situation in early 1897, stating that most people had fled Bombay, which had “the melancholy appearance of a deserted city.” Also, that trade was paralysed, the value of immovable property dropped, and the judges of the Bombay High Court “had no work to do.” In a separate publication, in the context of the Small Causes Court in Bombay, Sharafi captures vivid accounts of how property such as “pots, pans, utensils, bedding and the dirtiest of articles” that were seized in discharge of debts was hauled into court rooms, thus making for an undesirable and “unsavoury phenomenon” during the time of the plague.[iii]

The point being, this isn’t the first time that the contemporary legal system or the practitioners of law have been faced with adversity in the form of a mass epidemic. This little taste of history is reasonably good authority to suggest that while disruptions of the sort have had a bearing on our lives, it is equally good basis to imagine (or fear) that most changes are but temporary in nature viz., once the health scare recedes, we might find ourselves heading back to our old ways. After all, the most common criticism of lawyers and the legal industry is that we do not embrace change.

But outside the practice of law, there is another trait we need to be criticised for i.e. our rather depressing obsession with precedent. So the dated pages of history aside, this time round there are equally good reasons to preconceive that much of our lives, our offices, the court-room, the client-market, our day-to-day interactions, and thus, the practice of law itself – may not quite be the same.

Let’s walk through some of the more important and visibly impacted arenas that affect the practice of law or have a direct or indirect bearing on it:

The courts: Unlike those of the 19th century, we can agree that the present day courts have adjusted better. Quite simply, because we have technology now; but also, because the Supreme Court and the High Courts have been refreshingly adoptive of it and have led by example. For contrast, I may mention that during the pandemic, I have on occasion (on account of curiosity, but also, boredom) – gingerly visited the website of the Supreme Court of the United States. As a consequence, I noticed that it has remained closed for the larger part of this adversity.

Also, as opposed to the US Supreme Court where urgent hearings have been limited to teleconferencing mode, we have been far more visual. Need I remind you of the shirtless escapades of those from our tribe – indeed,  visuals we had not bargained for, or demanded an encore of.

But the virtual hearing has raised a number of vexing questions – such as, what type of matters are best suited to this mode and those that are inherently not. Since it is predicted that the pandemic is likely to cause significant changes in crime patterns and criminality, an obvious example of something that is better done in physical presence is a criminal trial. Think of the issues related to recording of evidence and cross-examination. Arguably, evidence is better weighed and demeanour is best tested in usual physical proximity. The immediate reaction has been to limit the recording of evidence to ex-parte and uncontested matters where the same is required to be tendered by way of affidavit.

For now, adapting has meant little more than investing (if you hadn’t already) in a fast and stable internet connection. But while there has been the odd exception, the important issue of public access to virtual proceedings has arisen as a concern which in turn, has re-ignited the debate around the utopian notion of the ‘open court’. Having written about this earlier, it is no secret that personally, I favour and desire ‘as open a court as possible’ and argue that it should be the default rule. This is something our courts need to reflect on and standardize.

The client market: The pandemic has impacted businesses. Negative impact is more prominently noticeable in some sectors (leisure, hospitality and aviation) while some have fared well (pharmaceuticals, logistics and technology). Of course, many of these are likely to see a resurgence of sorts, for the average person is going to eat out again, holiday again and fly again. However, the old models of business and the high demand that was conventionally enjoyed cannot be taken for granted anymore. New revenue streams have to be explored, and indeed, are being explored. Having a digital mindset will be critical for businesses in all sectors. The ones that are willing to swim with the tide and make alterations are likely to do a better job of rolling with the punches.

Also, the long term implications are likely to be severe and many sectors are going to witness a more enduring negative impact, even a lasting one. Particularly now, with even the more difficult and cynical ones among us embracing technology, there are a number of bells (of realisation) that can no longer be un-rung. Take for instance the aviation sector, which has already suffered terribly – more problematically, there may be no respite in the near future, since we have realised that we don’t really need to travel for all those face-to-face meetings. A similar forecast may be made for commercial real estate – quite simply, because we have learnt that we are capable of working from home. Already there are instances where companies have permitted employees to work from home permanently.

In-house legal teams: Even the largest of businesses and corporates have had to shave down the size of in-house legal teams. Budgets have been slashed and the in-house capability has had to step up in order to deliver more and to justify its own existence. In many a case, these in-house legal teams have turned around and demanded that external lawyers and firms do the same. Of course, matters where external assistance isn’t absolutely necessary have been reserved exclusively for the in-house lawyer. In the larger scheme of things, this is not necessarily a bad thing.

The law firm: We had long expected the biggest disrupter to be the foreign law firm. When this was somehow evaded, many established names took a sigh of relief. In that sense, the pandemic serves as a fine example of the limitations of the human mind i.e. an utter lack of imagination coupled with a very restricted ability to anticipate and prepare for the future or its disruptions. But the short term impact of the pandemic on the average law firm has been less severe than what was originally anticipated. In a market where traditional notions of productivity have demanded unending presence in office, we have now realised that lawyers can too, work from home, hallelujah to that!

Swinging back here for a moment to the budget constraints that in-house legal teams have faced, firms have in turn tried to squeeze just that extra bit of value for the client while being conscious of their own margins. Flexibility on pricing has been appreciated and experience is likely to play a pivotal role. After all, one is likely to bill less for something she is familiar with as this bears a direct nexus to the amount of hours spent trying to achieve a result. Real is the possibility that we may be forced to debate the overall virtue, if at all – of the hourly rate itself.

This brings me to the practice of criminal law. The sheer comfort and convenience of this practice area is that it is somewhat immune to adversity and resilient to financial crisis. Indeed, a criminal law practitioner is likely to fare better during times of adversity or shortly after. We know that white collar crimes, frauds and investigations see a natural surge in times of desperation when people tend to find themselves less encumbered by the law.

And finally, in times when executive orders have been the usual mode of enacting law and enforcing it, an understanding of government work and states-craft is going to be massively important. Today more than ever, the private client is genuinely anxious to understand fast changing executive orders and regulations. And, I might add that the seasoned lawyer is equally expected to check for instances where the executive oversteps its bounds and runs counter to protected rights.

Finally, at the cost of sounding mercenary about it, fret not – as adversity is a fertile breeding ground for opportunity. So sit back, adapt and let’s wait to see if any of my predictions hold good, viz. will we change at all or nearly as much, or will we find ourselves slithering back to our usual ways once all this adversity recedes, which it will!

The author is an Advocate-on-Record at the Supreme Court of India and is currently a Partner in the dispute resolution practice at L&L Partners, Law Offices, New Delhi. Views are strictly personal.

The pages slugged ‘Brand Connect’ are equivalent to advertisements and are not written and produced by Forbes India journalists.

What is your least favorite food?

Mon Dec 14 , 2020
During home games, the Texas A&M football team always shows fun videos about the team on the big screen. One of those is the ‘Ask the Aggies’ segment. With Kyle Field at only 25-percent capacity this season, that means that most of the fans that would normally be there […]