Assefaw Gebremedhin, associate professor in the School of Electrical Engineering and Computer Science, is recipient of the 2021 George Pólya Prize in Applied Combinatorics.

Administered by the Society for Industrial and Applied Mathematics (SIAM), the international prize is awarded every four years for a notable application in an area of mathematics called combinatorial theory. The field of research is primarily concerned with counting and has a broad range of applications in computer science and a wide variety of problems that it can address.

Gebremedhin and his colleagues, Fredrik Manne from the University of Bergen, Norway, and Alex Pothen from Purdue University, were chosen for their work to develop “efficient graph coloring algorithms and codes with applications to Jacobian and Hessian matrix computations,” according to the selection committee. Computation of Jacobian and Hessian matrices is central to many science and engineering applications and is used under the hood by machine learning algorithms. In the approach Gebremedhin and his colleagues take, these derivative matrices are evaluated using a powerful scientific computing technique called algorithmic or automatic differentiation.

“This significant award reflects the contributions that Assefaw has made in the field of combinatorial theory,” said Partha Pande, director of the School of Electrical Engineering and Computer Science.  “We are so pleased to see him recognized for his important work that brings computer science together with real-world applications for the betterment of society.”

With WSU since 2014, Gebremedhin leads the Scalable Algorithms for Data Science (SCADS) Lab, which conducts research at the intersection of algorithms, data analytics, and computational science and engineering. His research interests include data science and artificial intelligence, network science, high-performance computing, and applications in cyber security, energy systems, and bioinformatics. In 2016, he received a National Science Foundation CAREER Award for work on fast and scalable combinatorial algorithms for data analytics.

Prior to joining WSU, he was a research faculty member at Purdue University, where he helped to found the Combinatorial Scientific Computing and Petascale Simulations Institute (CSCAPES), a multi-institution project funded by the Department of Energy. He holds a M.S. and Ph.D. in computer science from the University of Bergen, Norway and a bachelor’s degree from Addis Ababa University, Ethiopia.

The prize will be awarded at the 2021 SIAM Annual Meeting set for July in Spokane.

Wed Mar 3 , 2021
AUSTIN (KXAN) — In a time when many people have turned to order things online to stay safe, visual marketing has become more important than ever. It’s nothing new, but companies are relying on it during the pandemic to connect with people who don’t want to go into a store. […] 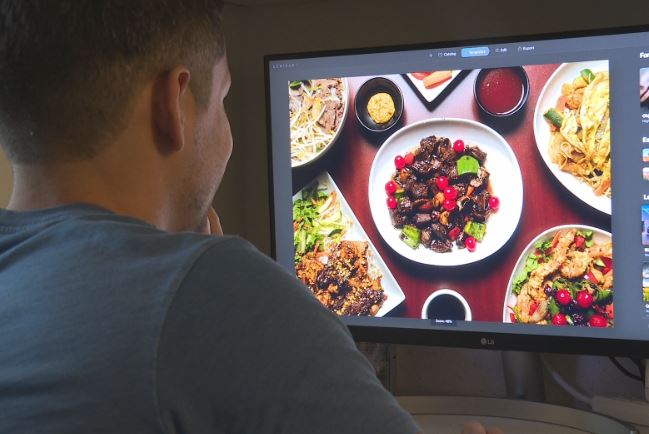