Slowly but surely, the 2021 Formula E season is picking up speed. Just two weeks after the European kick-off in Italy, the electric racing series is making a guest appearance on the race track in Valencia known from the motorcycle world championship. You can read why the first Formula E race in Spain is particularly relevant for the remaining season in our XXL race preview for the Valencia E-Prix.

Special times require special measures. Ever since the 2019/20 season, which was shattered by the coronavirus pandemic, Formula E has also known the importance of flexibility when planning its racing calendar. This year, too, the “travel plan” will take Formula E to a number of unfamiliar new venues – this will also be the case next weekend.

Strictly speaking, the Ricardo Tormo Circuit, not far from the Spanish city of Valencia, is not unfamiliar territory for the electric racing series. The collective pre-season test drives have been held on the circuit since 2017, albeit on different routes. At the “DHL Valencia E-Prix” the teams can definitely build on experiences from the past years – even if it is the first official one run is in Spain.

In our e-Formel.de race preview you can find out what challenges the track in Valencia poses, what the racing teams have to prepare for and what consequences the short break after the Rome E-Prix has for the drivers.

Strictly speaking, the Formula E racetrack is not in Valencia, but in the suburb of Cheste, around 26 kilometers to the west. Both cities came into being around 2,000 years ago under Roman influence. Due to its proximity to the Mediterranean Sea and the Turia River, Valencia quickly developed into a metropolis in eastern Spain.

In the following centuries the city was under changing Christian and Islamic influences before the Kingdom of Valencia finally became part of the Crown of Aragon in 1238. The eventful history can still be seen today in the cityscape of the third largest city in Spain. The landmarks of Valencia include the former city gate Torres de Serranos, the Cathedral of Valencia, the bullring, numerous monasteries and the modern L’Oceanografic aquarium.

Rearview mirror | What happened since the Rome E-Prix

The teams used the unusually short break between Rome and Valencia for several extensive preparation days in their simulators. For example, after his mixed start to the season, Jake Dennis (BMW) traveled straight to Munich without a stop in Great Britain to prepare for the next E-Prix with his team.

Accordingly, it has been rather quiet since the Rome weekend. Last week, however, Formula E itself announced the long-awaited layout adjustment for the Monaco E-Prix. For the first time, the electric series will not run on the short connection in the Principality, but instead switch to a slightly modified version of the Formula 1 route. In addition, Formula E finally announced the track layout for Valencia (see below).

Formula E will also have a “double header” at the third race weekend of the 2021 season. As part of one Event find thus two Races take place – one on Saturday and one on Sunday. Full points are awarded for both races. The Valencia E-Prix thus consists of two separate championship races. As usual with double races, there will be an additional free practice session on Sunday.

There is hardly any other track where the Formula E teams have completed as many laps as on the Circuit Ricardo Tormo – 5,652 in the 2020 preseason tests alone. The 3.376-kilometer circuit offers some medium-fast corners, flat asphalt and straights that are unusually long for Formula E. as well as extensive run-off areas.

It is true that these are to be made smaller with concrete walls in order to bring the “flow” of the track closer to more typical Formula E courses. Nevertheless, a very special challenge awaits the racing teams this coming weekend, especially when it comes to energy management.

Compared to the test drives, Formula E has adjusted the course guidance and, in addition to a chicane on the start / finish straight, added an additional loop inside the track. While the first two sectors remain unchanged, the last third of the route offers a new challenge for the drivers. In addition, there is the lower level of grip between turns 9 and 10, because the asphalt laid here is only used by a few racing series.

Formula E fans can also rely on the German-language broadcast of “ran racing” at the Valencia races. The live broadcasts on Sat.1 start half an hour before the runs with preliminary reports. As usual, Eddie Mielke and Daniel Abt comment on the race.

You can follow all other sessions of the Valencia weekend in the live stream on e-Formel.de: We offer a free stream for all free practice sessions and qualifying sessions. In addition, we accompany all sessions as always in our own live ticker, which is ideal as a “second screen” for additional information or as a solution for on the go.

In Germany, Austria and Switzerland, all Formula E qualifying sessions and races in Valencia can also be received in the Eurosport Player, which is subject to a charge. In Austria, ORF 1 will again broadcast the E-Prix live, in Switzerland MySports One will be showing the race.

In Formula E, all drivers are divided into four groups for qualification. This is to ensure that each of the 24 drivers (at least in theory) can turn a “free lap” on the usually narrow courses – even if this is unlikely to be the case in Valencia.

The allocation of the groups is based on the current championship status. The drivers in each group have a total of four minutes to set their qualifying time. The groups for the Valencia E-Prix are as follows.

At the Rome E-Prix, the rainy qualifying became one of the biggest talking points of the weekend – and it could be trickling again in Valencia. For Saturday, Meteorolog: currently forecast a precipitation probability of 15 percent. On Sundays, however, it should stay dry.

However, the reliability of weather forecasts is severely limited a few days before the event. It wouldn’t be a surprise if the forecast changed until race day. The temperatures should be in a range between 11 and 19 degrees Celsius.

Video: The highlights of the 2020 preseason test drives

Forecast | No excuses for poor pace

There is hardly any other track where the teams have as much previous experience as on the Circuit Ricardo Tormo. After countless laps as part of the collective test drives and the first four races of the season, there are no more excuses for poor pace.

The BMW works team in particular is under pressure in Valencia. Formula E rookie Jake Dennis could not yet reach the top 10 in the first races, Maximilian Günther missed the chance to achieve an even better result in Rome by failing to activate attack mode. Nevertheless, there is reason to be optimistic: The German drove the fastest time of the week in the 2020 test drives, albeit on a different layout.

Drivers such as Lucas di Grassi (Audi), Nick Cassidy (Virgin) or Andre Lotterer (Porsche), who ran out of steam for various reasons in the last race in Rome, found the short break between Rome and Valencia convenient. In Formula E, there is seldom the opportunity to correct any missed opportunities just two weeks after the last race.

Jaguar and Mercedes, on the other hand, will want to use the momentum of the successful start to the season to fight for the top positions in Spain. Sam Bird and Mitch Evans are currently leading the drivers’ championship thanks to their double podium in Rome, closely followed by Robin Frijns (Virgin) and the two Mercedes drivers. With another good race weekend, the first pilot could possibly break away from the championship battle ahead of time.

It remains to be seen what effects the new route will have. It is quite possible that the “infield loop” shifts the balance of power a little. Due to the previous experience in the completely unchanged Sectors 1 and 2, the teams should still start the weekend with a small lead in experience – so a lot depends on the vehicle balance in the decisive third sector and the efficiency of the drive.

We are looking forward to an exciting race weekend in Spain. As usual, e-Formel.de accompanies the Valencia E-Prix 2021 in great detail for you. In addition to reports, analyzes and current news from the racetrack, we are also offering our popular LGT Formula E live ticker for all training sessions, qualifying sessions and races, in which we provide you with real-time updates from Valencia.

By the way: our readers have one this year too free community prediction game round organized. If you want to take part, you have until Friday to submit your first tips or to register again!

Home Improvements That Are Not Legal To Do Yourself

Sat Apr 24 , 2021
sturti / iStock.com Spending so much time at home during the past year has exposed the pluses and minuses of our properties. The main living space might shine and sparkle, but the bathrooms look old and dreary by comparison. You’ve probably also noticed deficiencies in some of its core systems, […] 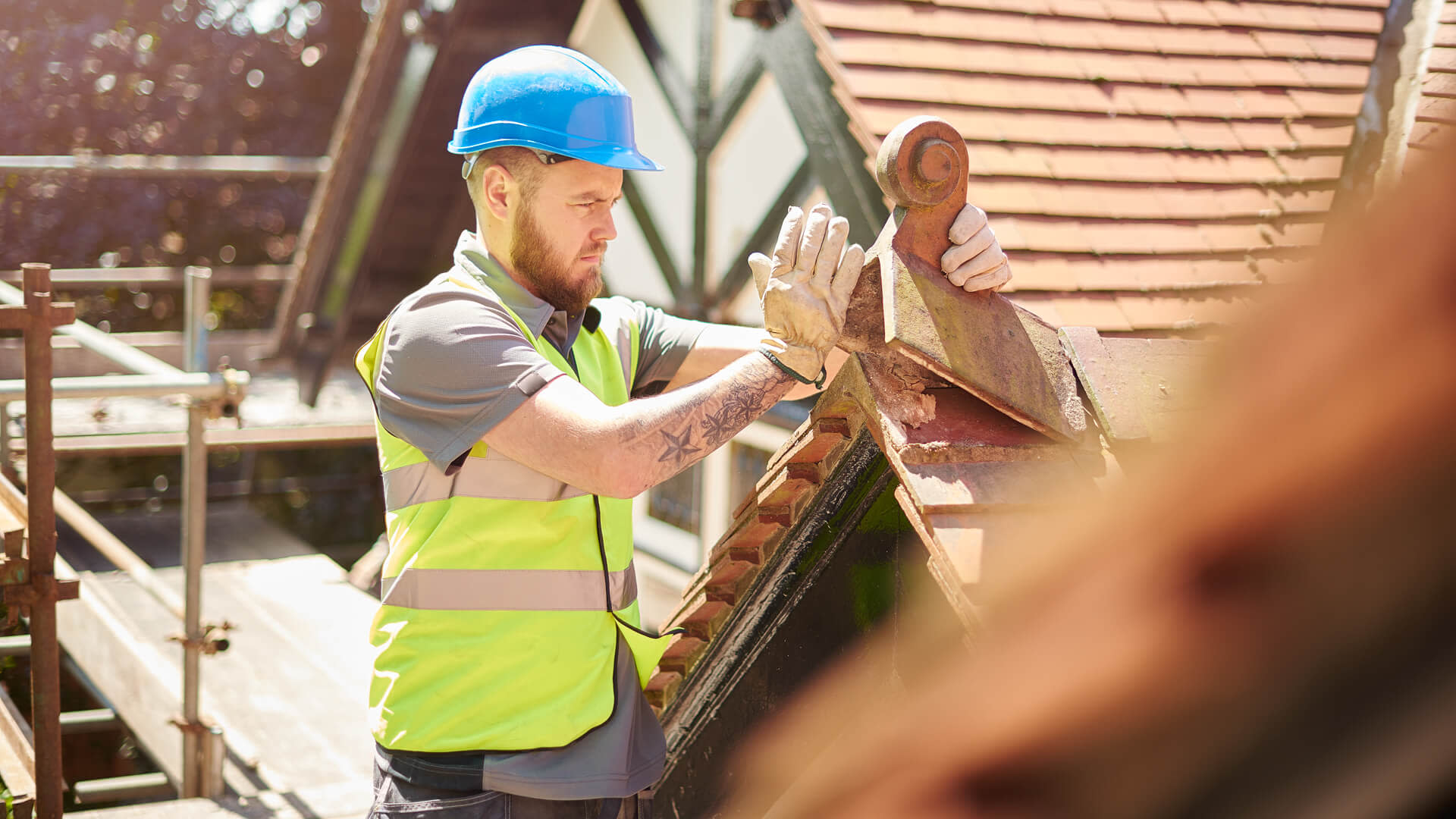