(EDITOR’S NOTE: Over the next year, Idaho Education News will provide in-depth, ongoing coverage of the challenges facing higher education during the coronavirus pandemic. To set the stage, we look here at some of the issues that faced higher education before the pandemic. COMING NEXT WEEK: a closer look at enrollment projections.)

Before COVID-19, Idaho’s colleges and universities were struggling to get their message to would-be students.

Before COVID-19, new presidents at the University of Idaho and Idaho State University faced a riptide of red ink.

Before COVID-19, the four-year institutions agreed to freeze tuition in hopes of attracting students.

Before COVID-19, skeptical legislators sneered at a system they considered bloated and out of touch.

So much changed with COVID-19. But many things did not.

Idaho’s higher education system faces a challenge that could not have been imagined this time a year ago: opening campuses to thousands of students, from across the state and around the world, during a global health crisis. But the system faces the same challenges that loomed in March — when the state’s first coronavirus cases forced colleges and universities to close their campuses and move all coursework online. The pandemic has made some old problems worse.

Undergraduate enrollment was down by 4 percent at the U of I and ISU. After a long slide in enrollment, fueled in large part by an exodus of international students, Idaho State is “working to solve a multi-year enrollment problem,” President Kevin Satterlee said at the time.

And then, in December, the presidents of the four-year institutions agreed on a bold appeal to the pocketbook, agreeing to freeze tuition and fees for in-state students for 2020-21. It was a calculated risk, even before the coronavirus hit American soil.

In a pandemic, the universities could probably use the added revenue that comes with increased fees, U of I President C. Scott Green said. But he maintains that the presidents made the right call in December. “It’s important that we remain competitive with our peers across the region.”

But will the freeze make a difference? That might be impossible to determine. The higher education world is, by nature, a research environment. In the middle of a global health crisis and an economic downturn, holding the line on tuition is just one other variable that might or might not affect student behavior. “I think it’s going to be very hard to isolate that as a factor,” State Board of Education member Linda Clark said.

Enrollment, a challenge before COVID-19, is even more of an urgent issue heading into 2020-21. The stakes will be high even for institutions such as Boise State University and the College of Western Idaho, which have benefitted from the Treasure Valley’s growth boom. A pandemic plays no favorites.

When Satterlee arrived at Idaho State in 2018, leaving an administrative post at Boise State, he inherited a fiscal crisis. The university ran a $6.1 million shortfall in 2017-18, driven by enrollment declines.

When Green left an international law firm in 2019 to take the helm of his alma mater, he inherited an even bigger problem. His first job was to eliminate a $14 million shortfall before it could get worse — swelling to a projected $22 million — and wipe out university budget reserves.

Earlier this year, the U of I appeared to be making progress.

“It’s heartbreaking,” Clark said. “They did yeoman’s work to right the ship there, and then this hit.”

When the pandemic struck, it hit all universities hard, on two fronts.

Now, cash-strapped colleges and universities are banking on some kind of a return to face-to-face learning. It’s almost impossible to overstate what’s on the line.

If the U of I can’t open the campus — and has to go online for an entire school year — Green pegs the impact at $33 million. That breaks down to $28 million in lost revenues and $5 million in costs the university has put into reopening: for staff and student testing, thermal scanners for busy spots on campus and other COVID-19 safeguards.

If the U of I can’t open safely, Green said, it will go online. “We’ve already made that call once,” he said, “(but) it’s not preferred.”

Make no mistake. The institutions have a big educational stake in staying open.

And a big economic incentive.

It seems like far more than 13 months ago that Marlene Tromp, less than two weeks into her job as Boise State president, received a letter from 28 House Republicans urging her to disavow a series of inclusion and diversity programs.

And it’s only five months ago that House members were trying to wrap up the 2020 session during the outset of the pandemic — but haggled over relatively small changes in the higher education budget.

“I think it is more difficult now than it was five or 10 years ago,” Satterlee said.

In a recent interview, State Board President Debbie Critchfield did little to mask her frustration. The furor over diversity programs — which far predated Tromp’s arrival, and are commonplace on many campuses — is “marring” what could be a discussion about student success stories. And this extends to a bigger misunderstanding about the budget.

“To me it boils down to a lack of communication,” she said. “We’re not telling our story very well.”

Legislators will have the difficult job of carving up coronavirus-weakened state tax revenues in 2021. “I’m not expecting that this is going to be a year where the state’s going to be able to help us much,” Green said.

In the fall of 2018, amid a fiscal crisis, Idaho State launched a $975,000 marketing campaign to highlight its offerings. The campaign was starting to yield benefits before the pandemic, Satterlee has said. During the pandemic, Idaho State is focusing its message on pushing high-demand majors that align with the university’s emphasis on health care education.

But the message to prospective students remains unchanged.

“We still are their shot to better their lives through education,” Satterlee said.

Senior reporter and blogger Kevin Richert specializes in education politics and education policy. He has more than 30 years of experience in Idaho journalism. He is a frequent guest on KIVI 6 On Your Side; “Idaho Reports” on Idaho Public Television; and “Idaho Matters” on Boise State Public Radio. Follow Kevin on Twitter: @KevinRichert. He can be reached at [email protected]

Future of many Catholic schools in doubt amid pandemic

Mon Aug 10 , 2020
NEW YORK — As the new academic year arrives, school systems across the United States are struggling to cope with the COVID-19 pandemic. Roman Catholic educators have an extra challenge — trying to forestall a relentless wave of closures of their schools that has no end in sight. Already this […] 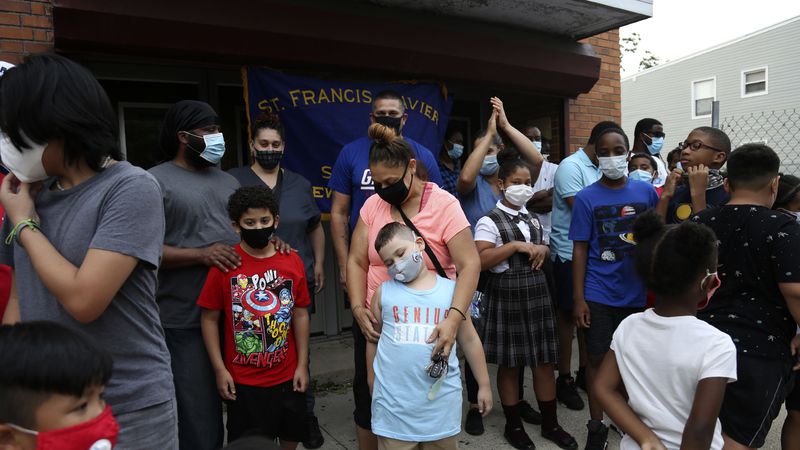