This decision, which Dany Turcotte explained on his Facebook account, comes after the criticisms triggered by a question asked Sunday to Mamadi Camara. The comedian admitted that his question was inappropriate.

I thought I would make him smile by reminding him of the absurdity of the origin of his story, a supposed cell phone offense while driving. I aimed wrong … the social media circus got carried away and came to deposit reproaches and hatred on each of my communication platforms, he said.

Guy A. Lepage’s sidekick also related that his decision was also motivated by many negative reactions to him on social networks after the broadcast of the various programs of Everybody talks about it during the last years.

My confidence gradually eroded and I came to be paralyzed by the fear of making a mistake, of asking the stinky question.

Dany Turcotte also highlighted the difficulty of finding his place as the king’s madman since the pandemic, which forced the production to offer shows without an audience for nearly a year. Without an audience and live, the original concept of “TLMEP” is no longer the same and I tried to find a way to adapt to it, my role as the king’s fool simply no longer seems relevant to me., he shared.

Host Guy A. Lepage says he learned of Dany Turcotte’s departure this Thursday. The latter claims that he fully understands and respects the decision of the comedian, while saying he was saddened.

Dany and I have been working together for over 17 years. Our bond has turned into friendship over the years, he said in a statement.

I lose a precious colleague, which pains me, but I keep a friend, which delights me. Thank you Dany for this long trip that you made by my side.

The broadcaster Radio-Canada and the producers of Everybody talks about it have for their part affirmed, also by way of press release, that the host Guy A. Lepage will be alone at the helm of the show for the rest of the season.

Sat Feb 20 , 2021
>> Vietnam, jewel of Asia and destination for foreign investors and tourists>> The wonders of Vietnam are exhibited online The Temple of Literature is one of Hanoi’s most popular and popular historical sites for tourists. Photo: VNA / CVN According to the Hanoi Tourism Service, the sector lost USD 3.6 […] 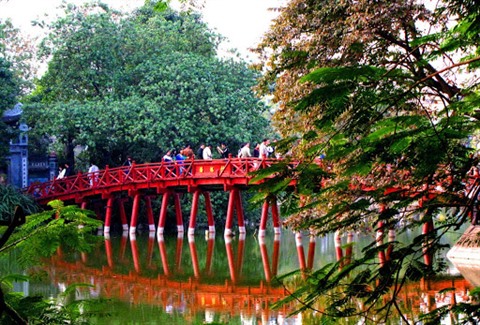