Danuel House Jr. was starting for a team that considers itself a contender. He was getting playing time and shots. After climbing out of the G League and a protracted contract impasse, he had a new deal with his hometown team.

House could have been considered an overachiever after going undrafted out of Texas A&M in 2016 and playing all of 50 seconds for the Washington Wizards as a rookie. But when the hiatus began, House saw a chance to take the next step.

“I said my job is to do more to help this team win,” House said of extensive track and weight room work. “I had to start rebuilding my body, first of all, and getting in shape to be able to make plays, to handle the ball and prepare my body and my game … especially for the playoffs. That was the main goal.

“I’m really confident because I put in a lot of work over the quarantine break. It feels good to finally see the hard work being acknowledged. And on the court, it’s starting to pay off. I’m just grateful they’re giving me opportunities … and they have trust in me to make good plays and good decisions.”

It was likely not unintentional that House mentioned the playoffs. He played in just seven postseason games last season and struggled, making 29.7 percent of his shots and 25.8 percent of his 3-pointers to average just 4.9 points. He looked hesitant and fell out of the rotation.

When Rockets general manager Daryl Morey cited House’s play in the first week of bubble practices, praising his “super high energy,” he said, “I think he realizes this is probably one of the key moments of his career right here.

“Last season in the playoffs he didn’t quite get the minutes that maybe he thought he would going into the playoffs. He’s trying to earn those minutes this year.”

Heading into the scrimmages, House was to return to his role coming off the bench. But when Eric Gordon sprained his left ankle against the Celtics, House was back in the starting spot he held before the hiatus. He has scored in double figures in all four seeding games, his longest stretch since he took a hard fall and went out with a bruised back Nov. 11 in New Orleans.

He has averaged 16.8 points in the restart, up from 10.2 in the season’s first 64 games, while playing 35.7 minutes per game, 10 more than he had been averaging with no loss of energy or intensity.

Those numbers don’t bring much attention. House is not likely to be found on the list of the breakout bubble stars. But that is not his job with the Rockets. They needed him to be more reliable, a consistent defender and shooter playing off the stars.

“The … four months that we took off, he took the opportunity to get better and he did, not only physically but also skill-wise. Because he’s physically at a great place, that leads to confidence and everything else. I expect him to continue on and keep getting better. He’s been really good offensively and defensively.”

Seventh in scoring on the Rockets this season, House has been their third-leading scorer in the restart, making 46 percent of his shots, 41 percent of his 3-pointers and each of his five free throws.

He has been more assertive as a ballhandler, especially against closeouts and when James Harden has been trapped, not only helping to fill the void left by Gordon’s injury but showing potential for more.

“The real reason for getting better (is) I feel like that’s something I can bring as an X-factor for this team,” House said.

“I feel like I got better at ballhandling, making decisions, attacking, finishing and, of course, shooting. I’m really hard on myself, as well as my mom and my family members. We watch games and critique the stuff I could have done better, defensive steps I could have made when I should have been over earlier. It feels real good to have that support back at home.”

House has always had that, helping him to make the strides since he was unable to stick with the Wizards, Suns and Warriors before landing at home with the Rockets. House’s shooting range fits with the Rockets’ style. But they also needed his athleticism at both forward spots, especially now that it has gotten better — among other things.

“He came back on another level athletically,” D’Antoni said. “He did a lot of work in the weight room, running and all that. He came back prepared more than anyone. He stepped way up. Really happy for him.”

COVID-19 Only Adding to the Challenges Health Centers Face

Mon Aug 10 , 2020
Community health centers provide much more for their clientele then just medical advice and health care. Because of the low income demographic often served at these facilities, health centers also serve as a place people can go to connect them to a world of different opportunities, from literacy and education […] 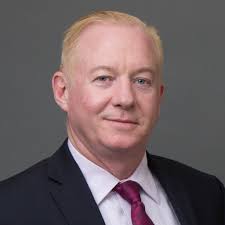