Garry Simmons, a 10th-grader at Groves High School in Garden City, said he was always interested in the topic of mental health even before the pandemic started. But ever since school went virtual, and talks of isolation and digital exhaustion came to the forefront, Simmons noticed a shift in attitudes toward mental health at large.

“I always did a lot of mental health research and think about what goes on in people’s heads,” said Simmons, who said his own diagnoses with Attention deficit hyperactivity disorder (ADHD) and dyslexia has made him more in tune with kids in similar situations.

“Before people would’ve kept it to themselves… because they feel they’re going to be judged,” said Simmons. “We’re spreading more awareness to mental health (now).”

Simmons is playing an active role in the renewed focus on mental health among youth.

He is one of four student hosts of a YouTube podcast called Teenish, which talks about anything from effects of the pandemic to the juvenile court system. The podcast, created with the help of Savannah’s Gateway Behavioral Health Community Service Board, started as an outlet for high school students to feel connected in a time of social isolation and also destigmatize conversations around mental health issues.

The need for these types of discussions is great according to area mental health experts. Though students have all fared differently during pandemic schooling — some even thrived — it’s trite to say existing gaps in the education and health systems were widened, and struggling students were collateral damage, they say.

One of the underlying issues brought to light is the lack of mental health resources for children and adolescents, says Dr. Mark Johnson, a child psychiatrist from Gateway. According to Johnson his field is a “shortage specialty,” meaning there “aren’t enough child psychiatrists period.”

“South Georgia has a shortage of mental health professionals in general compared to Metropolitan Atlanta,” said Johnson, “and that’s for all outside the metropolitan areas.”

However, this is a problem all across the country and is true for psychologists and mental health services in general, whether for children or adults, says Johnson. But child psychiatry in particular is wanting. Johnson said this has a lot to do with the mechanics of the field, as well as workforce development, since a professional degree can take more than 10 years.

Andrew McGahan, a child adolescent therapist in Savannah, describes an even more acute need when it comes to people of color, especially Black males.

“There’s just not a lot of us in the area. I think if you go on Psychology Today and search up Savannah there’s about five or six of us that pop up,” said McGahan. “There’s a disproportionate size of the need for services for minorities.”

McGahan said his caseload has always been pretty full, but during the pandemic, his “phone rang consistently.” He took on an additional 10 to 15 clients on top of a regular caseload, with around 75% of them being children.

Among his clients, there’s a range of behaviors. About half are making the adjustment, he said, but the other half are struggling to varying degrees.

“Whether it be based on trauma, their history, their family situation or socio-economic situation, their ability to bounce back may not be as strong,” said McGahan. “I just don’t think we’re going to know for at least five years what the real impact this thing’s gonna have.”

Area hospitals, such as Memorial Health University Medical Center, have already begun to see the serious side effects of the lack of social interaction, resources and outlets. Dr. Stephen Yost, a psychiatrist at the hospital, said they’ve seen upticks in emotional crisis situations including suicidal ideation.

“Children are going into crisis because they’re not having early intervention, so you’re having families come into the ER with either children or teens who are cutting, making suicidal statements, engaging in risky behavior, using substances, and the parents don’t know what to do,” said Yost.

“And the unfortunate truth is that a community referral to community psychiatrists is not optimal at this time because there’s very few of them,” says Johnson.

With the increased isolation and ancillary stresses of the pandemic on families, experts and officials are also worried that increased instances of child neglect and abuse are going underreported.

Experts believe that’s because most reports are often made by school staff. Tom C. Rawlings, director of DFCS, said most major incidents reported by law enforcement and hospitals are still coming in. It’s the low level and chronic neglect that may be harder to catch and identify.

In Chatham County, the number of intake reports coming from school staff dropped significantly in 2020 while reports from medical staff and law enforcement personnel remained relatively the same.

Dr. Quentina Miller-Fields, director of the Savannah-Chatham County Public School System Student and Family Service Center, said teachers and other school staff have ongoing training for detecting signs of neglect or abuse in the virtual setting.

“We know our students,” said Miller-Fields and, when teachers detect a change in students’ behavior, “we may query them to find out, or we may notice a student in a Zoom class that they are holding his or her elbow or his or her shoulder. Or we may even observe marks, which is a clear indication.”

Miller-Fields said the school works closely with DFCS in going over warning signs and symptoms.

“The same thing happens every year during the summer,” said Miller-Fields of dips in reporting numbers. “If we see it more, we’re going to report it more.”

Reporting numbers have already started returning to normal since some schools went back to in-person learning, said Rawlings. But the long-term individual and societal impacts on children won’t be known for at least a year.

Mary Havick, deputy division director of child welfare at DFCS, said there is a link between the number of neglect reports and families that lack resources or face poverty issues. She also stressed that shouldn’t further stigmatize any one group of people as child abuse can happen in any household.

“The more we can provide economic support, however, the more we can reduce stress in the family and provide better outcomes for children,” said Rawlings.

That includes community groups and nonprofits that can provide resources, such as food, shelter, and other necessities or aid. Rawlings predicted the two major things to focus on are closing education gaps and providing more mental health resources for students.

Gateway Behavioral Health is actively trying to increase the number of psychiatrists and marriage and family therapists in the area. Johnson said in 10 years they will have 20 new psychiatrists who have also gone through child psychiatry training within their programs, and they’re also working on building a child adolescent campus for mental health.

Simmons from Groves High School said he hopes their podcast can further destigmatize conversations surrounding mental health for his classmates and friends.

He sees those struggles first hand.

Simmons has a cousin who’s diagnosed with attention deficit disorder and a friend who struggled so much with balancing work and school that he considered dropping out. Simmons said, before the pandemic he would stick up for kids who were bullied for their mental disabilities.

“It’s not cool to bully other people for those types of things,” said Simmons, “The podcast can remove doubt for more people and maybe in the future we can have more students come on.”

Nancy Guan is the general assignment reporter covering Chatham County municipalities. Reach her at [email protected] or on Twitter @nancyguann.

Wed Jun 9 , 2021
Writing for a blog is a key showcasing and brand improvement apparatus for any reason. It’s normal practice for eateries, catering organizations, dinner conveyance administrations, private culinary specialists, and other food and refreshment organizations to go to powerful food-bloggers and utilize their crowd to bring issues to light for their […] 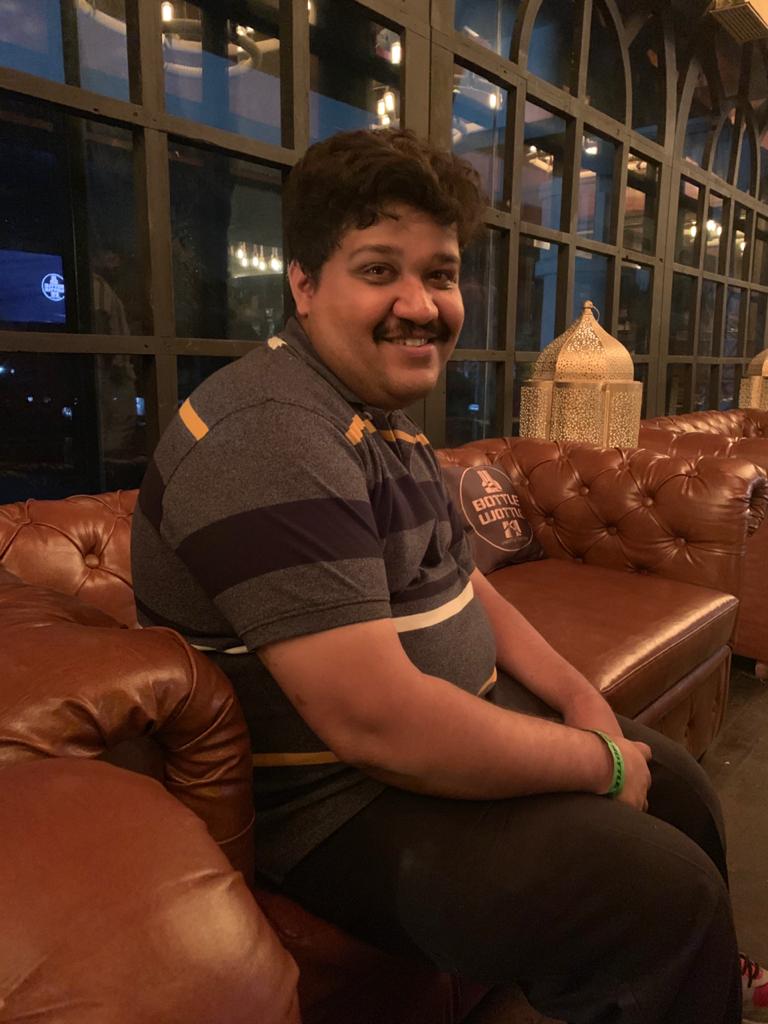