CryptoMiner is a strategy-based card/board game which attempts to emulate how transaction blocks are added onto a blockchain by miners in an actual cryptocurrency network. The approach of a table-top game makes learning about cryptocurrencies more readily available for anyone, regardless of age, background and knowledge of technology.

“It can be difficult for young adults and people with insufficient background in computer science and distributed software systems to understand the dry and dense technical details of blockchains and cryptocurrencies,” Jadliwala said. “Nevertheless, given the importance of this technology, it is extremely important to educate the younger generation about it.”

He was inspired to develop the game after not being able to explain in simpler terms to his wife and daughter how blockchaining and cryptocurrencies worked.

“We played the game as a family, and it was a lot of fun,” he said. “After we played, they also better understood how blockchains work.”

The objective of CryptoMiner is for players to collect as many reward coins as possible while using two distinct kinds of cards: transaction and block cards. Transaction cards represent individual cryptocurrency transactions and corresponding fees a miner (player) would be rewarded, while block cards are used to affix new blocks (of transaction cards) to previously appended blocks, thus emulating a blockchain.

While the transaction cards are simply used to tell players how many coins are to be rewarded to a miner, block cards are used by miners to competitively append new block to blockchain and the winning miner claims the reward coins. This can result in different strategies for players to collect more coins by engaging in what is called a “block contest.” This happens when multiple players want to claim the same block (of transaction cards) by playing increasingly more qualified block cards. Whichever player has the closest value on their block card wins the block rewards. The game ends when all transaction cards are used up and no new block cards are available to add to the blockchain. The player with the most reward coins wins.

Jadliwala plans to introduce this game to UTSA students in his Cryptocurrencies to Bitcoins courses that he plans to teach this fall. He hopes that CryptoMiner eventually will be played in classrooms and households across San Antonio and the U.S.

Jadliwala, in partnership with the UTSA Office of Innovation and Commercialization, has already submitted a patent application for CryptoMiner with the United States Patent and Trademark Office which is currently under review. There are also plans for submitting a trademark application for “CryptoMiner.” In the future, he plans to extend CryptoMiner by introducing additional concepts and capabilities, which may be available as add-on card packs, to further enhance the gameplay. There are also plans to have a digital/mobile version of the game which can be played online. Jadliwala would like to see more such games that teach computer science and cyber security related concepts come out of his research group, eventually culminating in a tech game startup or licensing opportunities.

Abir Moussi, one of the most popular deputies, struck in the Assembly

Sat Jul 3 , 2021
The scene may seem implausible. In the middle of the session of the National Assembly, Wednesday, June 30, Abir Moussi was attacked by an elected official. This is indicative of the deleterious climate that reigns within the political class, while the popularity of Abir Moussi, who embodies the values ​​of […] 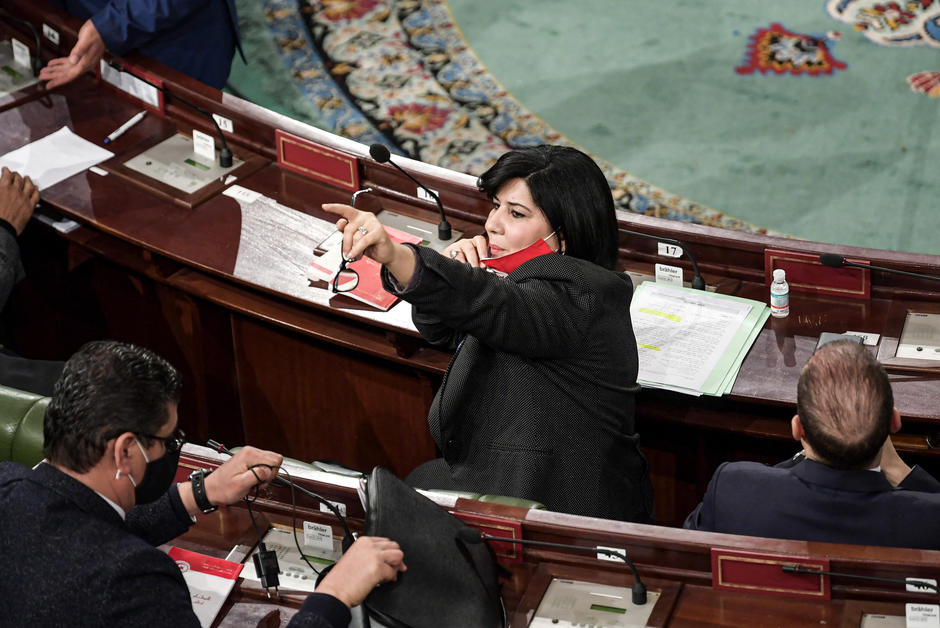