Their vote will be one of the crucial issues for political parties in the next regional elections on June 20 and 27. The popular classes are courted by all political formations. A delicate exercise for the parties, because, over the years, their vote has continued to evolve. And that the outlines of this category are not so easy to define, especially in relation to the middle classes.

“Until the decades 1970-1980 we spoke rather of the working class, with characteristic and homogeneous electoral behavior, with a strong framework of left-wing parties and unions”, comments Stéphane Zumsteeg, director of the Politics-Opinion department of Ipsos. It was the time of the great metallurgical or automobile factories, bastions of the Communist Party and the CGT. There was then, in France as among its German, British and other neighbors, a “class vote”.

A work co-edited by economist Thomas Piketty, “Political cleavages and social inequalities” (Editions EHESS / Gallimard / Seuil), examines the votes in fifty countries since… 1948. It clearly shows that between 1950 and 1980, in the Western democracies, the “classist vote” dominated, the most disadvantaged tended to vote for the same group of parties: Communists, Socialists, Social Democrats or Labor, depending on the country. While the favored classes chose the conservative, Christian-democratic, liberal parties… In 1981, in the legislative elections which followed the election of François Mitterrand to the presidency of the Republic, 70% of the workers voted on the left, against 57% of the population overall.

This beautiful ensemble was shattered in the 1990s. If, “at the top”, the richest remained loyal to the right, the most educated voted more and more to the left. Conversely, “below”, the most modest, workers and small employees, turn away from her. Industrial decline and relocations have happened there. “Workers and employees still represent half of the workforce, but they work in SMEs or even very small businesses (Editor’s note: Very small businesses), explains Stéphane Zumsteeg. With the precariousness of employment and uberization, the working class has split up, the political framework has disappeared. “

How does this mutation translate into the ballot box? By a great silence, first of all. These popular classes, which once voted massively, are now the most tempted to abstain. “Whatever the ballot, the favored categories, the senior executives participate much more than the workers”, continues the pollster of Ipsos. The other change, by far the most commented on, is the replacement of the left by the extreme right.

“But beware, nuance the political scientist, we tend too much to say that the battalions of the popular classes have gone from the left vote to the FN vote. It is true that the RN (Editor’s note: National rally, ex-FN) there is stronger than the national average. But it is less due to an abandonment on the part of the voters of the 1980s, now retired, than to the renewal of the generation. Clearly, the new popular classes, which do not have this politicized and unionized past of their elders, are turning to this vote. “

The demonization of the RN

Why this shift between generations? Because the “push back effect” of the FN of Jean-Marie Le Pen, whose pro-OAS or even fascist image aroused strong mobilizations to block it as in the presidential election of 2002, no longer plays a role. The demonization implemented by Marine Le Pen since she succeeded her father at the head of the party, joined to the immense distrust of this electorate towards the government parties (UMP / LR, PS, centrists …), has does its work.

Thus in 2017, in the second round of the presidential election, the workers voted 56% Marine Le Pen, as did 46% of the employees, while only 18% of the executives made this choice. In detail, studies by the Ipsos institute reveal nuances within the working classes: those who have a stable job are tempted by the RN bulletin, while precarious or unemployed workers, less socialized, abstain more.

Finally, another belief qualified by Stéphane Zumsteeg, that of a very anti-immigration popular electorate. “Until the early 1980s, he notes, this theme was not central to the motivations for voting, because the left-wing parties stood in the way. This has since changed, the Lepenist proposals in this area contribute to its success with the popular classes. “But that’s not essential,” says Zumsteeg. With a view to 2022, they place the issues of purchasing power or social protection ahead of sovereign subjects. “

Sat Jun 5 , 2021
MARYLAND — The Maryland State Department of Education will host a student town hall meeting Tuesday starting at 5 p.m. Maryland high school students will be able to engage in a discussion about education with State Superintendent of Schools Karen B. Salmon and Maryland State Board of Education Student Member […] 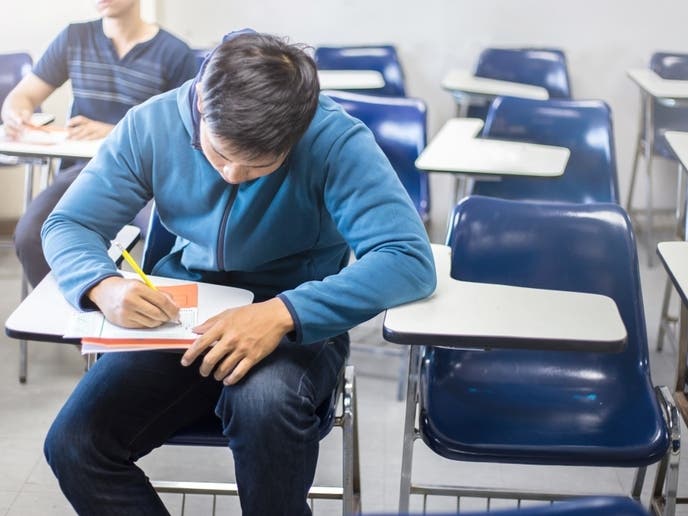