With the new models of the ID.family, VW will in future rely on vehicles developed from the ground up as electric cars. This brings various advantages, in particular more range. The first model of the new sub-brand is the compact car ID.3, which is offered with batteries for up to 549 kilometers on one charge. VW explains in a detailed report, using the example of the ID.3 Pro S model (150 kW / 205 PS, 77 kWh, 549 km), how far you can drive the compact car:

A 10 percent battery charge means a range of around 55 kilometers for the ID.3 Pro S, and even more in stop-and-go traffic: the ID.3 Pro S consumes around 10 kWh / h of electricity at speeds of 20–30 km / h. 100 km (WLTP). With a capacity of 77 kWh with the largest battery, you could drive 770 kilometers. With a charge level of only 10 percent, this would be 77 kilometers. The average VW customer drives a total of around 40 kilometers a day. Thus, the clear majority of commuters should also reach their destination.

In general, the ID.3 Pro S consumes a combined 17.7 to 15.9 kWh per 100 kilometers. In addition, this energy can be converted almost completely into kinetic energy by the electric motor. Because the efficiency of a current is up to 90 percent. In the case of a combustion engine, it is a maximum of 40 percent, the rest evaporates as heat.

Should things get tight, the power requirements of the heating, air conditioning or radio can be reduced. The ID.3 battery management system takes this step by itself: As soon as the battery charge drops below five percent, you drive in the so-called “turtle mode” – symbolically in “turtle mode”.

The lower the average speed, the higher the consumption share of the ancillary units. This results in a high potential for savings, especially in stop-and-go traffic. But you won’t be left lying around: In large cities such as Hamburg, Berlin or Munich, there are already more than 1,000 charging points.

Electromobility is fun, especially when accelerating. The high power and energy density of the lithium-ion battery ensures optimum performance even during long, full-load journeys on the motorway. But what happens if you press the pedal harder? Then of course – as with any combustion engine – consumption increases. If you drive at a constant speed of 130 km / h in a spring-like 15 degrees, this results in approx. 14.0 kWh, which is only 1.6 liters of premium gasoline.

Overall, the ID.3 Pro S manages up to 549 kilometers in the WLTP cycle and is an efficient electric vehicle even with a sporty driving style. Assuming sufficient driving discipline, even with the medium battery pack (58 kWh and 420 kilometers according to WLTP) 531 kilometers are possible with one battery charge. This was shown by a record drive with the ID.3 Pro Performance from Zwickau to Switzerland. This is also made possible by the low drag coefficient of 0.267.

Ultimately, however, the same applies to e-vehicles as to any other car: the mix makes it all. After driving fast, it is best to switch to “Eco mode” to give the battery and cooling system a break.

Going on vacation to Paris during the summer holidays with children and everything is possible with the ID.3. The almost 900 kilometers at 25 degrees in the shade are covered on the motorway and country roads. The average speed is 80 km / h. The ID.3 Pro S can be loaded with up to 412 kilograms (plus 75 kg for the driver and luggage). This results in a total weight of 2,260 kilograms and has an impact on the range. Fully loaded, 450 kilometers are realistically feasible on this trip with the 77 kWh battery. You should also keep an eye on the optimal tire pressure before starting your journey. If this is below the target value, then wear and rolling resistance increase; consumption increases by up to 0.2 kWh / 100 km and thus leads to a lower range.

The weight also has a positive effect and leads to a longer roll-out. Here, distance is covered without using energy. With the ID.3, this “sailing” – by taking your foot off the accelerator – is basically possible in the “D” drive position. If the “Eco-Assistant” is activated, the high-voltage battery can be recharged via “recuperation” – the ID.3 does this automatically and takes the current driving situation and speed limits into account. A particularly large amount of energy can be recovered in “Sport mode”.

But it is also clear: At the beginning, the weight must be accelerated with more energy. It depends on the individual driving style.

A weekend trip to the Bavarian Alps takes you to an altitude of almost 3,000 meters on inclines of over 15 percent. The ID.3 manages this without any problems in different weather conditions and road surfaces: unlike pure naturally aspirated engines, mountain air has no influence on the performance of the electric motor. In the case of the ID.3, this is a synchronous motor with permanent magnet (PSM), which has low power heat losses. The electric motor is also compact: it fits in a sports bag and weighs only around 90 kilograms.

The hilly route is particularly demanding (uphill and downhill gradients are constantly changing) and mostly leads over country roads. If it goes downhill, take your foot off the pedal and switch to recuperation mode “B”. In this way, up to 3/4 of the kinetic energy can be recovered. This type of driving is reserved for electric and hybrid vehicles and offers clear advantages over the combustion engine.

If the battery is slowly running out, you can find a charging station all over Europe. Volkswagen is participating in the Ionity joint venture, for example, which is currently setting up a high-power charging station every 120 kilometers.

After a day at the beach, the sun has heated up the interior, so it is better to release the accumulated heat before starting your journey. Afterwards, it is better to keep the windows closed so that the air conditioning can work optimally. It then goes back over the motorway at a constant 120 km / h. An ideal speed because the aerodynamics of the fully clad underbody and the flow-optimized body are particularly important here.

In icy starting conditions, there are slight performance limitations. This applies to combustion engines – the engine takes longer to reach operating temperature – as well as to e-vehicles, since the batteries are a little less efficient in extreme cold. However, the built-in battery heater minimizes this effect. If it is to be warm inside with an outside temperature of -10 degrees, the air conditioning system only uses approx. 3 kW. The so-called high-voltage PTC unit supports the range: It converts the electrical energy from the battery directly into heat. In conjunction with the optional heat pump, additional heat sources are used for greater efficiency. 1 kW of electrical energy can be converted into up to 2.0 kW of heat.

In addition, consumers such as heated rear windows and headlights are used more in the dark and cold season than in other months. If the rear window is covered with hoarfrost or even frost, the rear window heater consumes around 0.0033 kWh. Tip: The air conditioning system’s recirculation control is permanently active and regulates the proportion of recirculated air as required in order to save heating energy while still having a clear view. It is also advisable to deactivate the seat and steering wheel heating at the desired cockpit temperature in order to save further energy.

Basically, as usual, it is important to drive with foresight. This avoids mechanical braking and instead recuperation can take place in order to recover energy.

Sat Jan 9 , 2021
Lowe’s remains optimistic about home improvement sales as 2021 gets underway. The home-improvement giant recently surveyed its customers and found that nearly half have been spending money on home improvement projects that would’ve been spent elsewhere in past years. Lowe’s Executive Vice President of Merchandising Bill Boltz said do-it-yourself projects […] 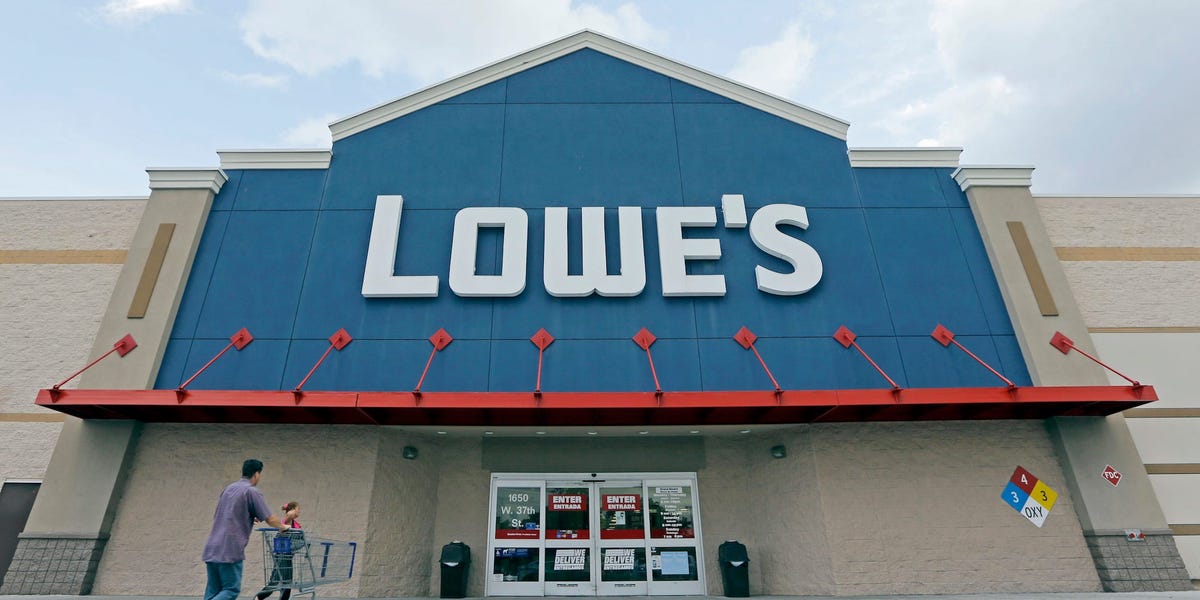