In an upcoming episode of “Last Man Standing,” which is in its final season, Tim Allen got the chance to reprise his iconic role of Tim “The Toolman” Taylor from his 1990s sitcom “Home Improvement.”

January 3rd, the final season of Last Man Standing returns to Fox. The network put out a promo to tease the Toolman cameo as the sitcom saving its “biggest surprise” for last. You can watch the fun-filled promo in the video below.

In a new interview this week, Allen has admitted that he became emotional when it came time to revisit this role so many years later on an entirely different show.

He went on to explain that the emotions came largely because of the 2003 death of Earl Hindman, who played Allen’s onscreen neighbor Wilson in “Home Improvement.”

“I adored the man and we kind of brought that up in the story,” Allen explained. “I started thinking about all the history I had with that TV show, how I compare it to my life on this show. It’s all about loss, is all I kept saying in that episode.”

By opting in, you agree to receive emails with the latest in Lifestyle + Entertainment from TellMeNow. Your information will not be shared with or sold to 3rd parties.

Aside from the emotional aspect, Allen said that playing both Tim Taylor and Mike Baxter was “very difficult” for other reasons as well.

“That was the first episode back,” he said, referring to the pause the show took due to COVID-19.  “So getting used to no crowd, and then having people direct me in a character I developed 20 years ago and then was kind of done with, it [was hard].”

While Allen found this experience challenging, it was just another day for his “Last Man Standing” costar Nancy Travis.

“It was interesting and strange,” she said of seeing him play two parts. “Honestly, it was Tim’s dilemma. I just stood by and mocked him, so it was, frankly, very easy for me.”

Though Allen refused to give details about the plot surrounding Tim Taylor, he hinted that his two characters did not exactly see eye to eye.

“Taylor lost his TV show. Tool Time is over. He had a neighbor that passed away. He’s now working on the corporate side of Bedford Tools. That’s what he does,” Allen said.

“Baxter’s helping Tim Taylor cope with change… They’re not nice to each other. They’re kind of antagonistic.”

Praise For The ‘Last Man Standing’ Episode To Beat All Episodes

Though it was emotional and difficult at times, Allen praised the episode as “a great idea” that brought Tim Taylor “into this century, into this year.”

“It’s really clever what they did with it,” he said of the writers on the show.

Allen also let fans know what they can expect from the ninth and final season of “Last Man Standing.”

“By the time this airs… it will have been literally as the vaccine takes hold. We’re kind of not through it, but the light is bright at the end of the tunnel,” he said of the role coronavirus will play in the season.

“We reference it. We remember the pandemic. It’s used, but it’s as though our masks had just come off.”

Tim Allen took to social media to remind everyone to mark their calendars for the return of “Last Man Standing” on January 3rd.

While we’re sad that “Last Man Standing” is coming to an end, we can’t wait to see the full season of episodes that are lined up in 2021!

Mon Dec 21 , 2020
In new research published today, College Board finds students who take AP CSP in high school are more than 3 times as likely to major in computer science in college, compared to similar students who did not take CSP. Differences are similarly large for female, Black, Hispanic, and first-generation college students. […] 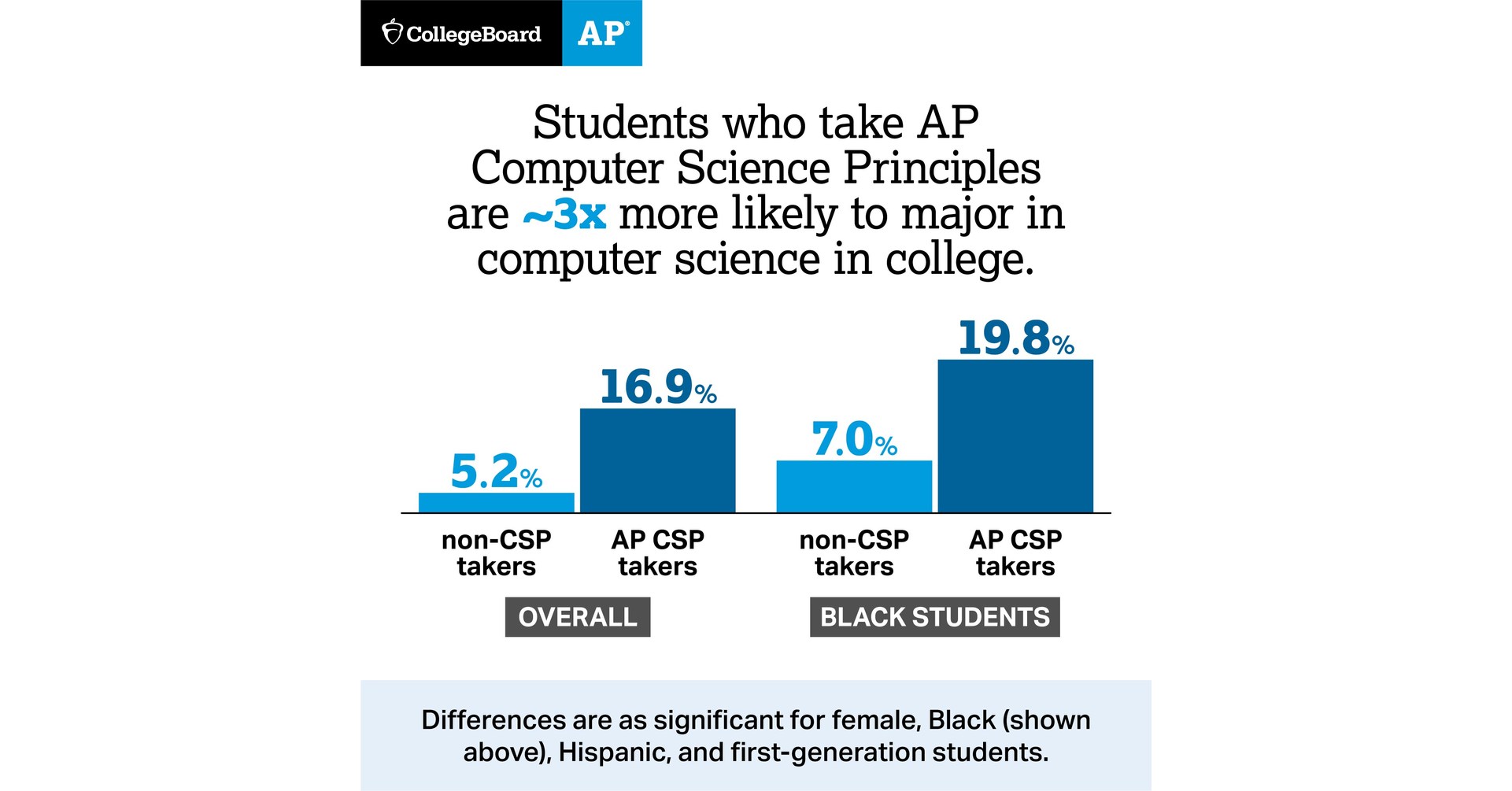