Short messages, dates and notes for the district of Pfaffenhofen and the surrounding area

(ty) Driverless transport systems (AGVs) have been in use in the Audi plants for many years. Among other things, they provide support in so-called supermarkets – logistics areas where employees pre-assemble components in the correct order. In the so-called “Supermarket 2.0”, the company says it is reversing the sequencing principle for the first time: the goods now come to the employee, not the other way around. This is made possible by innovative control software that experts developed together with the Ingolstadt start-up “arculus”.

“Up to now, the employees had to cover long distances when picking according to the person-to-goods principle,” explains the car manufacturer. The “Supermarket 2.0” (photo above) enables the goods-to-person principle for the first time on a large scale: According to the information, the AGVs drive under the containers with the required components and transport them in the correct order to a fixed picking station. There, a logistics employee puts together the components required on the assembly line. The fleet manager acts as the central control software. In perspective, Audi can thus save around 25 percent in storage space, according to its own account, since the shelves can be arranged in a more space-saving manner.

“With the Supermarket 2.0 and the Audi fleet manager we are marking an important milestone on the way to the smart logistics of the future,” says Peter Kössler, Audi Board Member for Production and Logistics. Due to the large variety of parts and the sequencing in the correct order, automobile production poses particularly great challenges for a central AGV control system. At the Audi headquarters in Ingolstadt, the self-developed “Supermarket 2.0” is now in series production. The software currently controls eight transport vehicles at the same time, and by the end of the year there will be 32 AGVs.

In Foshan, China, Audi experts and employees of the “FAW-Volkswagen Automotive Company Ltd.” at the same time a comparable “Supermarket 2.0” was planned and built. It went into operation at the beginning of the year at the FAW-VW plant, where Audi models for the Chinese market are manufactured alongside other Group vehicles. The basis for this was the AGV system from a local manufacturer, which was adapted to the specific requirements of “Supermarket 2.0” and automobile production. “Audi experts worldwide benefit enormously from the experience their colleagues in Ingolstadt were able to gain with their pioneering work,” says Dieter Braun from Audi.

As early as 2015, the group was the world’s first automobile manufacturer to test the goods-to-person principle on a smaller scale: In the “supermarket of the future”, AGVs supported employees in picking the on-board literature. The transport vehicles currently used in Ingolstadt’s “Supermarket 2.0” can transport material weighing up to a ton and move at a speed of 1.5 meters per second. With the “Supermarket 2.0” developed in-house, Audi is also a pioneer within the Volkswagen Group. Use at other Audi locations and other group brands is planned.

In the future, the fleet manager offers another advantage, according to Audi: Since every AGV manufacturer uses its own control software, different vehicles have not been able to communicate with each other. To avoid collisions, they needed separate routes. However, since the vehicles from different manufacturers have different strengths and therefore often complement each other well, Audi was looking for a solution for parallel operation on the same area. The “Supermarket 2.0” is to serve as an application for this in the future: There the Audi experts are to test and implement the solution developed together with the VDA, including the upstream and downstream processes.

(ty) This coming Saturday, July 18th, between 10 a.m. and 4 p.m. in the Intakt music stage at Raiffeisenstrasse 33 in Pfaffenhofen, there will be a large “fashion bargain sale” by the Rosenheim company “Mode Taxi”. According to the announcement, both men’s and women’s fashion, summer and autumn, will be offered. Since it is about a warehouse clearance sale, the prices are particularly low. Individual items are drastically discounted – if you buy three items, you only have to pay for two.

(ty) Yesterday morning a woman parked her vehicle in Pfaffenhofen at the Sparkasse parking lot and left. According to the police, a 24-year-old drove her car into the parking space on the left a little later, around 10 a.m., and touched the woman’s car. “The driver in the accident got out, examined the damage and then went away without worrying about the damage,” a spokesman for the local police station reported today. The course of the accident was observed by witnesses. The property damage caused amounts to around 2000 euros. The 24-year-old was identified as a suspected perpetrator in a so-called holder review. They are now being criminally investigated because of their unauthorized removal from the scene of the accident.

(ty) How can energy be sensibly obtained from ocean waves to generate electricity? Uela Lim and Jagrit Gupta, international students at the Technical University of Ingolstadt (THI) in the bachelor’s degree “Engineering and Management”, have developed a wave power plant that protects the environment in the long term. Wave power plants are small hydropower plants that, in contrast to tidal power plants, do not use ebb and flow to generate energy, but rather the constant movement of the waves. So far, prototypes of this type of power plant exist around the world, and this is where the THI students see their potential.

According to THI, the students’ wave power plant uses both the waves and the coastal wind. It consists of a long chamber into which the water that hits the coast enters from one side and from which it flows out on the other side. When the wave retreats, the water takes the opposite path through the chamber. It is the same with the wind, which can be used both landward and seaward. The force from waves and wind drives a turbine that is itself out of the water and therefore leaves the marine flora and fauna untouched.

The idea for the project came from Uela Lim, who comes from the Philippines – a country made up of around 7,100 islands and in which a quarter of the population has no permanent access to electricity. The student’s thought: If electricity can be generated from waves and wind, it can increasingly be avoided that fossil fuels are imported and used for environmentally harmful power generators. Not just in the Philippines, but worldwide.

(ty) In 2016, according to the latest information from the State Office for Statistics, 5,275 income millionaires lived in Bavaria, whose total income was at least one million euros each. After an increase of 14.2 percent from 2014 to 2015, the number of income millionaires increased again within one year – from 2015 to 2016 – by 417 taxpayers or 8.6 percent.

Income millionaires only made up 0.08 percent of all taxpayers in 2016, but with 4.9 percent they achieved a disproportionately high share of the total amount of income. At the same time, they paid 5.2 billion euros, 9.3 percent of the total income tax to be assessed. The proportion of the fixed income tax was higher than the proportion of the total amount of income due to the progressive tax rate. On average, the income millionaires in 2016 had a total income per taxpayer of 2.8 million euros.

(ty) The Bavarian Health Minister Melanie Huml wants to help more people fight against gambling addiction with a new online advice service. To this end, the “State Office for Gambling Addiction” in Bavaria (LSG) is starting the advisory platform “PlayChange” tomorrow with the support of the Ministry of Health and Care. Huml said: “Those affected can get help quickly, easily and, above all, anonymously on PlayChange. This is an excellent addition to our classic counseling service and a big step forward in the addiction counseling that we offer to citizens in the Free State.”

In view of the corona pandemic, the new platform is also a good way for a contactless initial consultation. “It is often a major hurdle for gambling addicts or their relatives to seek professional support, because those affected are often ashamed of the disease,” says Huml. “PlayChange” should help to overcome this hurdle. The user can register anonymously and then contact an advisor via email, messenger or chat. Telephone appointments could also be arranged via “PlayChange”.

“PlayChange” is operated by LSG. The development took about a year and the programming of the platform cost around 36,000 euros. “PlayChange” can be used as a free app on the smartphone or PC. “During the development we placed the highest value on data protection”, assures Huml. According to estimates, almost 70,000 people in Bavaria show problem gambling behavior, around 33,000 of them suffer from gambling addiction. The figures are based on surveys from 2011 to 2017.

Pathological gambling addiction is a dependency disorder that dominates the lifestyle of those affected and can lead to the decline of social, professional, material and family values ​​and obligations. “It can happen that those affected squander their entire assets and accumulate debts,” said Huml. “In doing so, you risk losing your family, friends and your workplace – in the truest sense of the word.” In addition to analogue access to the help system, “we must also increasingly create digital offers,” said the minister. “Bavaria wants to play a pioneering role in digital addiction advice and prevention.”

The Free State of Bavaria has been committed to gambling addiction through LSG since 2008 with specialized, professional offers for pathological and problematic gamblers and their relatives. The LSG competence network gambling addiction includes more than 70 contact points across Bavaria, including 22 specialized offices. According to its own information, the State Ministry for Health and Care is financing the LSG with around 8.7 million euros for the years 2020 to 2023.

Is Costco Changing the Recipe to This Food Court Favorite?

Mon Aug 10 , 2020
Is there anything better than a hot churro fresh from the fryer, coated in cinnamon sugar that just melts in your mouth as soon as you bite it? That’s a rhetorical question, because the obvious answer is NO, there is almost literally nothing better. Costco used to sell churros before […] 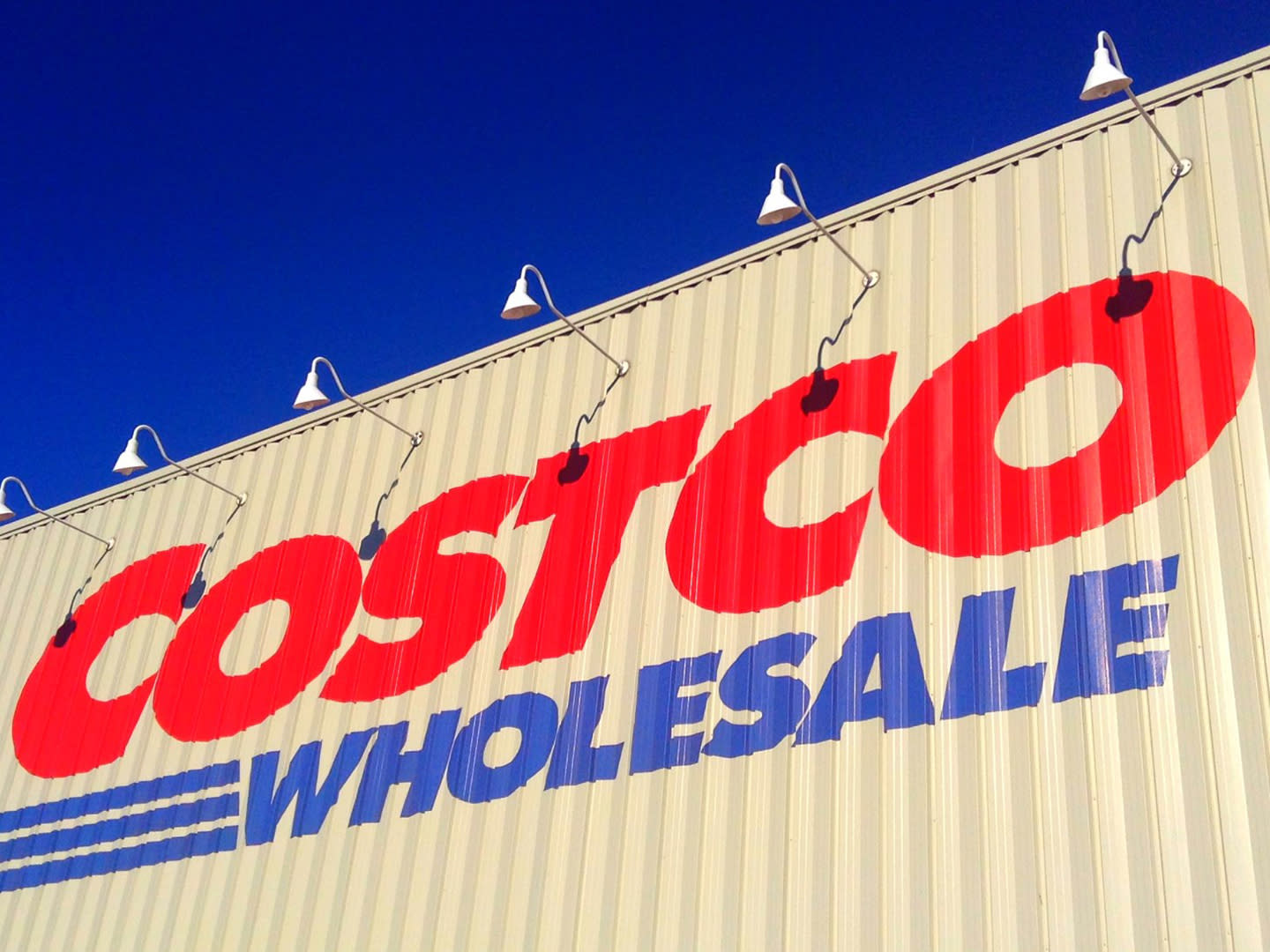