L.udwig Mies van der Rohe went to the USA as a famous man, became even more famous there and then built the New National Gallery in Berlin only once in Germany. Helmut Jahn went to the United States as a nobody, became famous there and then designed a number of large buildings in Germany – for example the Messeturm in Frankfurt, the Sony Center in Berlin, the Post Tower in Bonn and the Highlight Towers in Munich.

There is a point of contact in the lifelines of both major builders from Germany: Jahn, who comes from Franconia, studied with Mies van der Rohe in Chicago in the mid-sixties. He then got hired as an employee in CF Murphy’s office and soon became one of the most important bridge builders between modern and postmodern architecture. With the designs for the Kemper Arena in Kansas City and the Xerox Center in Chicago, he quickly made a name for himself, which the Murphy / Jahn office had officially carried since 1983. The State of Illinois Center, which opened in 1985, with its gigantic and colorful glass atrium was received and copied all over the world because it seemed to make the work processes of a large authority transparent.

Since the mid-eighties, clients have tried to win Jahn for projects in this country. He won the competition for the Messeturm in Frankfurt, which he obviously should win. After Jahn initially presented almost deconstructivist designs based on the latest fashion at the time, the tower developed more and more in the direction of Art Deco, a style that Jahn had cited more and more before. The 256-meter-high skyscraper, which was completed in 1991, received some criticism with reluctance, but the tower quickly became popular because of its slim, muscular, catchy shape, which is reminiscent of a pencil. He contributed significantly to the fact that the negative attitude of many Frankfurters towards high-rise buildings increasingly gave way to a kind of local pride. The Messeturm is Jahn’s masterpiece in Germany, the ingenious connection and penetration of the basic geometric shapes of pyramids, cylinders and cuboids and their enrichment with quotations from the classic phase of American high-rise construction have long made it a classic. It is a subtle form of postmodernism that Jahn pursued. That made it easier for him not to look old after they faded.

In this country, Jahn’s reception was always mixed between admiration for the German-born star who had made it in America and reservations about a supposedly superficial artist who was primarily out to be overwhelmed. This reflected some prejudice against America. Unlike Mies van der Rohe, Jahn was and remained an architect of the investors who adorned themselves with his name, and did not become the architect of the architects.

When the new Berlin was built after the fall of the Berlin Wall, Jahn was of course prominently represented. In the Sony Center on Potsdamer Platz you can see his enthusiasm for an architectural aesthetic that he himself described as technical in an interview: he ostentatiously emphasized supporting structures as essential design elements. No wonder that airports were a preferred field of activity, internationally in Bangkok and Chicago-O’Hare, in Germany in Munich and Cologne-Bonn. Jahn, on the other hand, couldn’t do anything with the German pleasure in reconstruction. For him, the half-timbered houses on Frankfurt’s Römerberg were simply kitsch, and according to his own admission, he did not delve into the new old town there. Having the courage to come up with new solutions was Jahn’s maxim, and in this too he remained a man of classical modernism.

Glass was his preferred facade material. This can be seen using the example of the New Kranzlereck, which is driven like a giant glass wedge into a block on Kurfürstendamm. The fact that this happened without considering urban development contexts means that the Kranzlereck also follows a negative tradition of modernity. The Highlight Towers in Munich are also made entirely of glass; Moved a little off the axis of Ludwigstrasse and Leopoldstrasse, the sensitive people of Munich understood a little too late what the pleasant double tower at this point meant for the cityscape, and then banned all high-rise buildings in a referendum. The Post Tower in Bonn also had opponents who were concerned about the city skyline. The glass tower designed as a pointed oval with its self-confident appearance next to the tall Eugen by Egon Eiermann has, however, made the long-distance effect of the city, which is declassified in its political importance, good.

On Saturday, Helmut Jahn, who was an enthusiastic and successful sailor and an alert, affectionate conversation partner, died in a bicycle accident in Campton Hills, a suburb of Chicago. He was 81 years old.

Home remodeling trends: What’s in and what’s out for 2021

Thu May 13 , 2021
This article is reprinted by permission from NerdWallet.  After a year of spending more time at home due to the COVID-19 pandemic, many homeowners are looking for ways to make their homes fit their new realities. Open floor plans are out; dedicated spaces for remote work and learning are in. Yards are […] 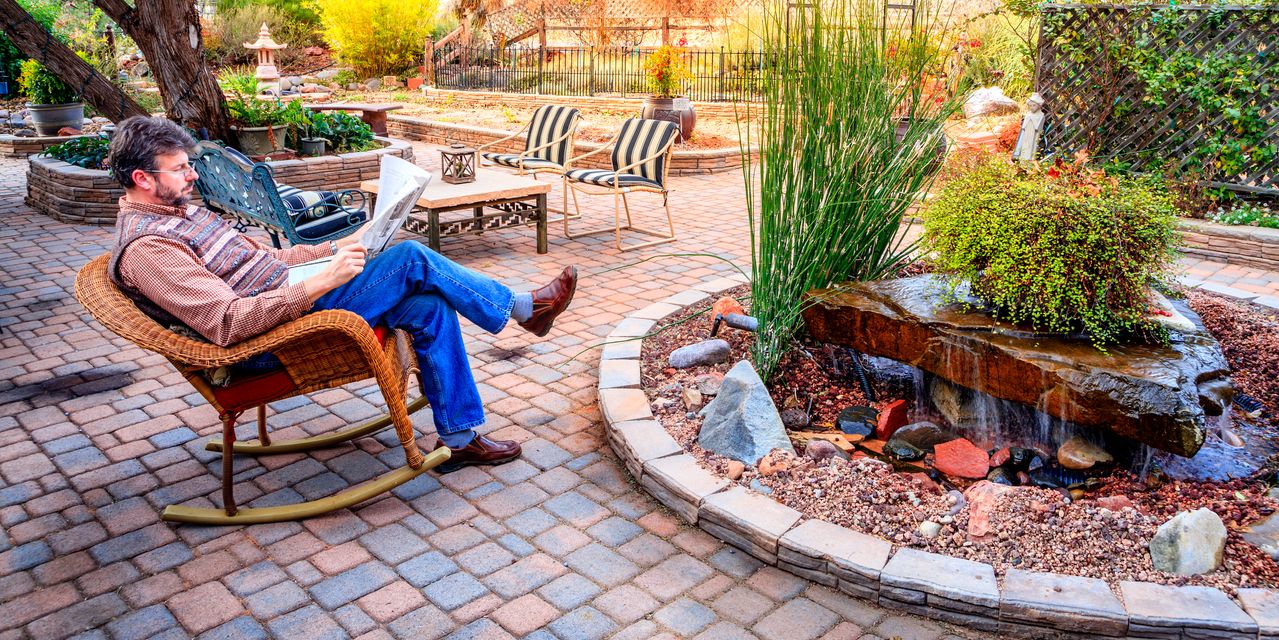